As the world celebrates Jon Stewart's contributions to comedy, news and politics and mourns his departure from The Daily Show, many people are forgetting that Stewart is more than just a talented satirist. He's an outstanding leader.

Here are three leadership lessons we can learn from Stewart from the way he approached his work and his team. 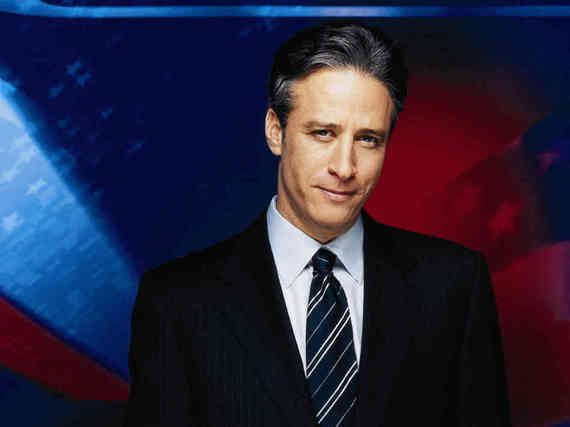 1. Hire People More Talented Than You

It's an oft-quoted refrain from hiring textbooks, and one equally often ignored in practice. How often do egos get in the way in traditional business and startups, let alone in narcissistic Hollywood? How tempting it can be -- for all of us -- to go for the self-image boost of engineering teams so that we are always the sharpest tool in the shed rather than collecting the absolute best talent possible?

Stewart successfully and consistently hired correspondents more talented than he is. From Steve Carrell who has gone on to become an international movie star to Stephen Colbert who's notoriety has arguably eclipsed Stewart's in moving on to the CBS Late Show, to John Oliver who now hosts his own show on HBO, The Daily Show boasts an incredible alumni network. And it doesn't stop with these big names -- he's surrounded himself with comics with sharper wit -- Lewis Black -- and better acting chops -- Samantha Bee -- as well.

This talent was made abundantly clear when every former correspondent returned to his final show, filling the stage with unbelievable star power. Stewart has identified talent and The Daily Show has served as a 'rocket ship' for dozens of careers.

Not only did Stewart surround himself with talented comedians, the show over the years highlighted a huge variety of styles and talents. From Ed Helms' propensity for singing and over-the-top theatrical exuberance to Jessica Williams' critical eye and sharp wit, the roster of correspondents represented a full spectrum of styles and approaches.

What did not change, however, was the 'why' of the show -- to use satire to skewer traditional media and vapid and vacillating politicians. When Stewart took over the show from Craig Kilborn, he made this vision clear. But then over 16 years he gave incredible flexibility to his talented team to choose their own 'how' for accomplishing the 'why.' He hired diverse, gifted comedians, and then allowed them to work towards the collective vision in a way which played to each person's strengths.

A great leader focuses her team on the vision and then gives enough trust in her people to put them in a position to accomplish the why, but without dictating the how.

"Here's the thing, Jon: You said to me and many other people here years ago to never thank you because we owe you nothing. It is one of the few times I've known you to be dead wrong. We owe you. And not just what you did for our career by employing us to come on this tremendous show that you made. We owe you because we learned from you. We learned from you by example how to do a show with intention, how to work with clarity, how to treat people with respect." -- Stephen Colbert in his tribute to Stewart

As a picture-perfect compliment to these words, Stewart sheepishly bowed his head as Colbert lavished praise. Stewart was simultaneously so thankful -- yet seemingly embarrassed -- by the attention on his leadership. As if there were any doubt, the combination of Colbert's words and Stewarts reaction to them show that Stewart is a true servant leader.

In 'Good To Great,' Jim Collins writes that what differentiates a great leader from a truly outstanding 'Level 5' leader is humility. And humility is exactly what Colbert was commenting on -- Stewart has helped launch countless careers and built comics into stars. Yet -- as his reaction suggests -- he did it out of love and care rather than ego, and without expecting anything in return.

For a servant leader, it's hard to imagine a more meaningful tribute than that which Colbert delivered, and the success of both the show and its employees highlight that servant leadership is a strategy that works.

In the years to come, we'll continue to be wistful about Stewart's amazing 16 year reign at The Daily Show and the laughs and insight it provided.

And let us also celebrate and live the leadership lessons he taught us daily.
___

I hope you enjoyed this article! If you'd like to receive posts like these on leadership, entrepreneurship and change-making delivered directly to your inbox, sign up here!
___