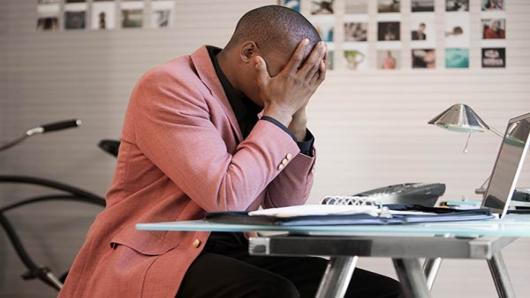 Image Source
Running a business is like running a marathon. You have the law, the government, and the competition all eagerly expecting you to make a mistake. Unlike in the marathon, any mistake you make cannot be forgiven. That being said, many of the mistakes businesses make are usually due to negligence and ignorance. Notwithstanding the intent behind these mistakes, you can be made to pay a huge price for committing them.

However, nothing can hurt your business as much as running afoul of the law in the process of running your business. Small business owners can pay the hardest for legal mistakes. This might be because of their small profit margin compared to their overhead. However, it's to be noted that small businesses are the largest driver of revenue for the US government. A 2010 research puts the contributions of small businesses to the private nonfarm GDP at 46%, based on a 2008 findings -- the most recent one backed with data.

There are roughly 29 million businesses in the US alone, and roughly 18,000 firms that employ over 500 workers. Is taxation the only way by which the US government generate funds from these businesses? You will agree that's not true. Fines make a huge proportion of the source of revenue to the government.

In order to reduce your potential of contributing to the penalty-based revenue businesses generate for the US government, the following are legal mistakes you should avoid at all costs.

Improper Tax Fillings
Taxes are how the governments make the bulk of their money. Businesses and individuals are obligated to give up a percentage of their income or revenue to the government. Failure or inconsistencies in this regard can lead to having the feds look into your accounts. The consequences of this itself can have a setback on your business.

According to San Diego criminal lawyer, Vik Monder, dealing with financial related offences could be treated as criminal charges. Most tax offences are often treated as fraud. To avoid having to deal with fraud charges, which on its own can be expensive to fight, taking the time to put your tax filings and paperwork straight is crucial.

The law may be against discriminating against people on account of their past, but issues they're currently dealing with will have an impact on your business. A more supportive way is to provide assistance to see that the affected person -- if this is important to you -- gets through their legal storm successfully. Businesses have been known to hire employees only to fire them later after discovering about their current or past legal issues. This kind of situation creates unnecessary setbacks for a business.

The best way to avoid finding yourself in such a situation is to do some findings on people before hiring them to join your business.

Running Your Business without Involving Legal Experts
While most small businesses may not be able to afford the luxury of having an attorney on their pay role, involving a legal expert in the legal-related dealings of your business is a must.

Consulting a lawyer before making business decisions that have legal ramifications will help you prevent getting into trouble with the law. It's also beneficial when it involves entering into business partnerships with others.