Gigi Jankowski worried that her adopted greyhound, Dexter, wouldn't be able to run again. He needed one of his back legs removed to stop the progression of a skin condition that was eating its way up his limb.

"Everyone assured me he would adapt, but I was concerned he wouldn't be able to do what he was bred and loved to do," says Jankowski.

She needn't have fretted. This was Dexter on his first post-surgical run, about a month after the amputation. It's what pure joy looks like: 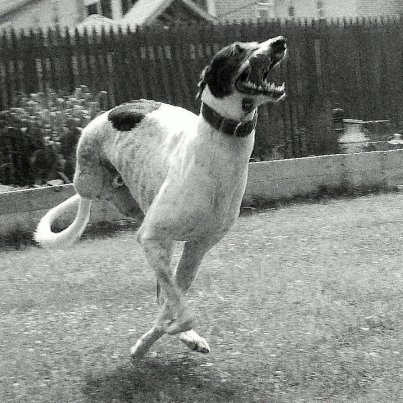 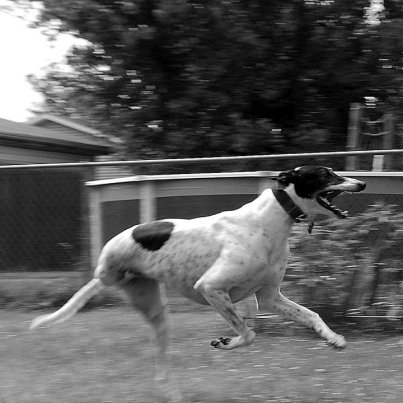 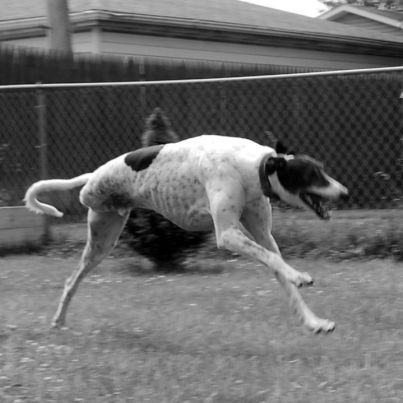 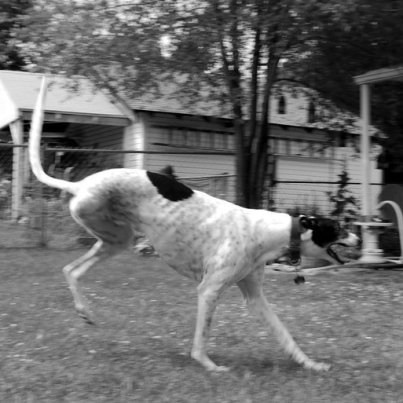 That run was wonderful not just for Dexter himself.

"I was over the moon," says Jankowski. "To see him still be able to do what he loves most was wonderful."

Dexter was about four at the time he lost his leg, in the spring of 2010. Nearly five years later years later, Jankowski says Dexter doesn't like walking so much anymore, so they don't go out on a leash much in their Buffalo, New York, neighborhood.

Instead, Dex spends a lot of his time sitting up on the couch in a funny little manner that he took up after becoming a tripod.

"He will rest his hip on the sofa and lay his head on my lap," says Jankowski. "Greyhounds need to be shown how to get up on furniture, and he never got the hang of it even with all four legs. But after the surgery, it seemed to be natural that he would sit like that." 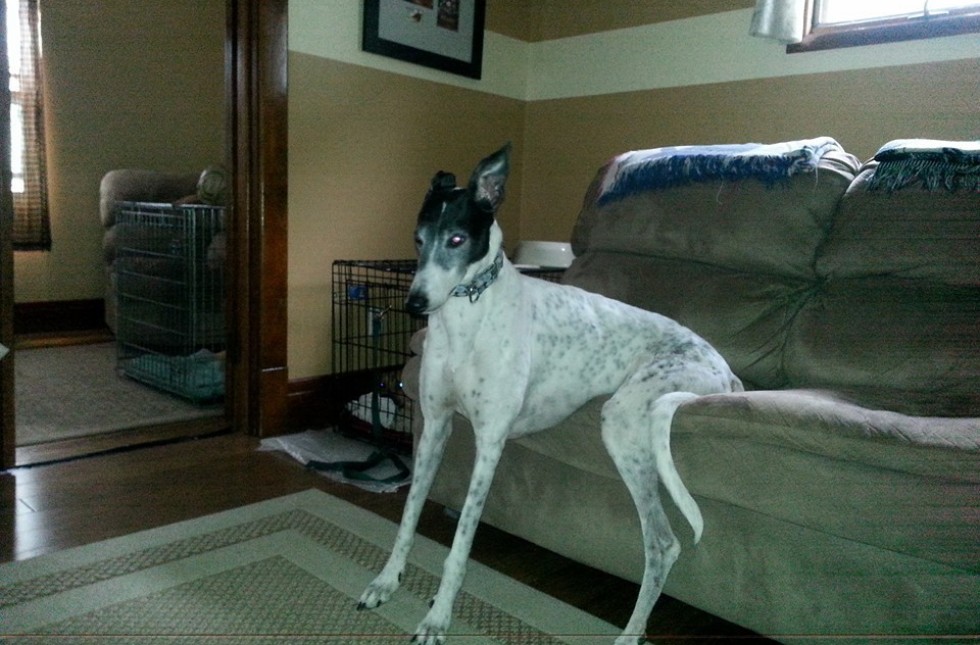 But Dexter still loves to run. Jankowski and her husband are buying a new house; among other reasons, it has a big fenced yard, so Dexter can really let go.

Indeed, the couple's current concern isn't that Dexter won't be able to go full throttle to his heart's -- and legs' -- content. It's that once he does get going, he won't stop.

"We have to be careful not let him get too crazy, because he does slip sometimes," Jankowski says. "Slow speed is more difficult for him. But he just flies!" 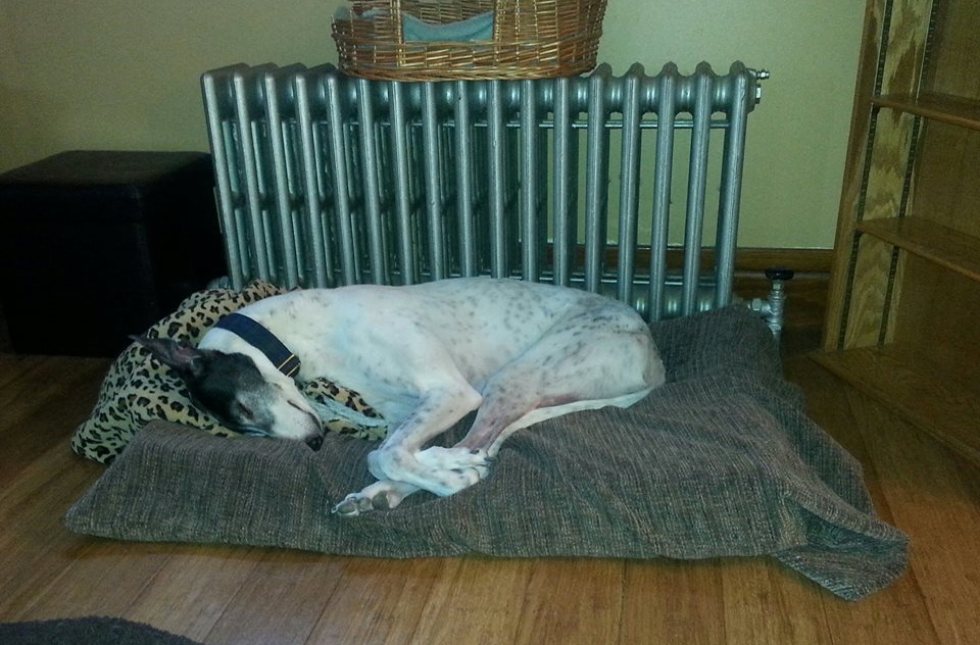