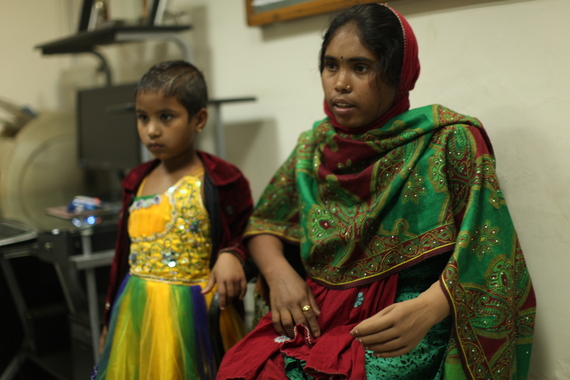 Last April, Bangladesh -- my homeland -- experienced one of the worst industrial disasters in history: the collapse of an eight-story garment factory filled with workers. More than a thousand people died; many more were badly injured. At Jolkona -- the nonprofit organization I founded 6 years go -- we immediately ran a campaign providing artificial limbs to the survivors who were handicapped in the accident, raising over $25,000 in five days.

A few months ago, I visited Bangladesh and met with two of the women who had benefited from our campaign. One of them was trapped for three days under the rubble, ultimately cutting off her own arm to free herself. She was just 21 years old. While she is still struggling to overcome her physical and psychological trauma, our partner organization BRAC has ensured that she and other survivors are getting the artificial limbs, monthly allowances, and resources they need to start new businesses. Here is a short video of two of the women we supported.

It was quite amazing and inspiring to see that our resources were being mobilized and allocated correctly. This doesn't solve the problem of what caused the building collapse; however, it does show that we can address a problem effectively if resources are mobilized correctly.

There are the three components to this success:

Disasters -- man-made or natural -- happen frequently. It is important that we figure out effective ways to engage the donor community, beyond just a mass media appeal. We were able to respond well to the garment factory accident in Bangladesh by focusing on a specific problem, worked with partners to reach everyone affected by the problem, asked donors to help specific people, and gave them feedback on their specific donation.

I believe this model can be adopted for other types of social work, not just disaster response. What do you think?