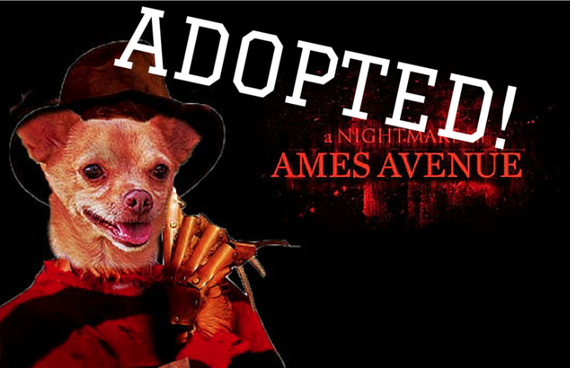 A while back we had this dog -- a little tan fluffy guy who was wonderful but also really awful, too. To sum up: loved his buddies, housebroken, fun little guy who harbored absolutely no love for strangers or children and viewed other dogs as a potential food source. 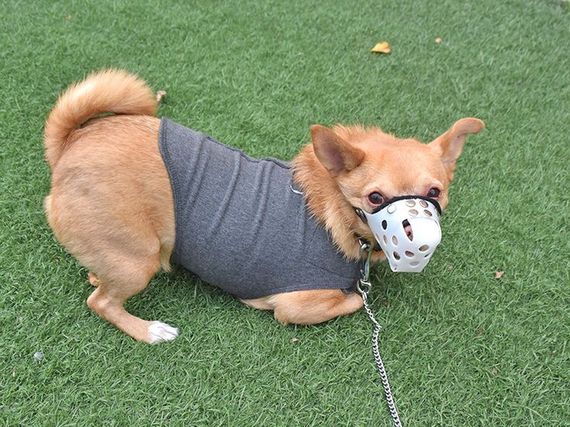 In some ways, Eddie the Terrible was a small dog like many other beloved, quirky, owned pets. But in the context of a shelter? A very difficult dude to find a home for. Sort of like if Cujo, Jack The Ripper and Lassie mixed genes to create a puppy with lovely home manners and loyalty but a shaky moral code.

That was our Eddie.

We wrote a little blog about him, our amazing volunteer Elizabeth made some hysterical videos, and -- boom! -- Eddie got adopted by the most awesome couple ever. 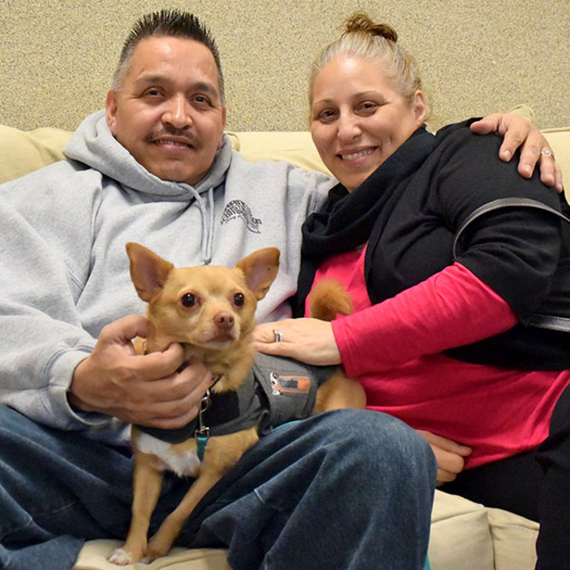 The happy ending only came, though, after Eddie/Teddy had become a media sensation. As our best known resident (and the patron saint of naughty dogs everywhere) we get a lot of queries as to what he's up to these days.

If you're one of the legions of Eddie The Terrible fans, here's three things to know that will make your day.

1. We should all stand in awe of the transformative power of love. 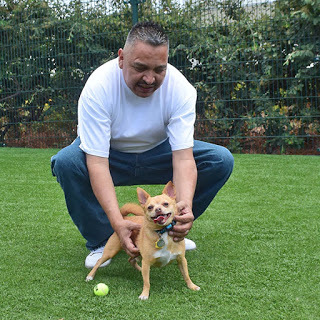 We stay in contact with Teddy's new owners. No, not in a lawsuit sort of way but in a "we love our dog and HSSV is always here to help" sort of way. It is with great joy that we inform you that Eddie The Terrible really has undergone a total identity change to become Teddy The Beloved. All the wonderful, happy, smart, loving, loyal parts of him are the same but under the tutelage of his family a lot of his rougher edges have sanded off a little.

During a recent visit to the shelter, a calm, relaxed Teddy visited his friends, played a little fetch in the courtyard and snuggled with his owners.

Does he like other dogs? Nope. They're still in the "potential hors d'oeuvres" category for him.

Does it matter? Not terribly.

His owners are on it and he's way chiller about it then he was before. In fact, he's a totally different dog then we knew back in December. In the best possible way.

2. Really in awe of the power of love. 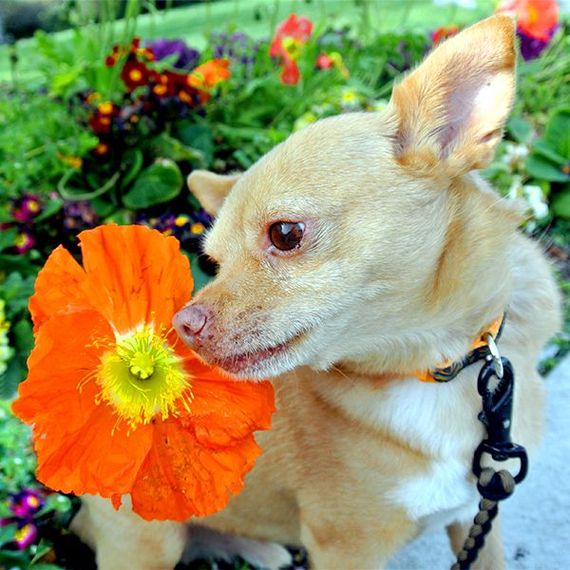 When we say "different dog," you might not understand how different we're talking about here. Once famous for potentially being the Worst Pet In The World, Teddy recently became a certified emotional support dog for his dad. With much improved manners, Teddy spends a lot of time out and about with his dad.

"Randolph needs Teddy in his life," says Teddy's mom, Deborah. "Their bond together is so strong." Teddy needs them just as much and loves both Randolph and Deborah a lot. A lot a lot.

"He can also be a total momma's boy at times" she says.

Emotional support dog? Momma's boy? We knew it all along. Ironic? Perhaps. But from the get-go, we always knew Teddy had it in him.

3. Teddy changed the game for a lot of perfectly imperfect dogs. 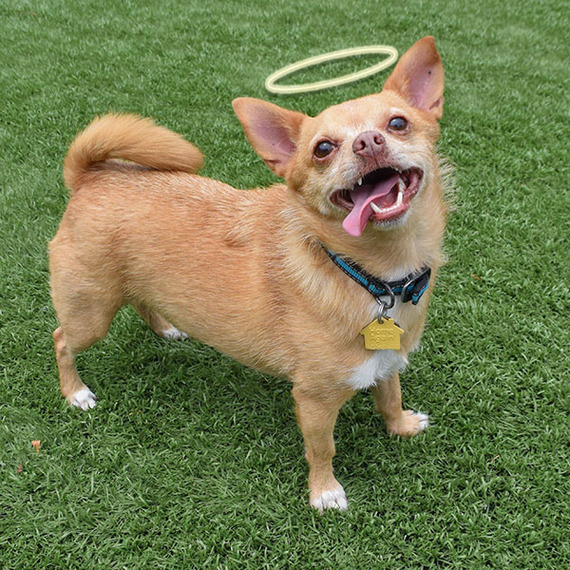 The media kerfluffle over Teddy not only generated a lot of interest in adopting him but initiated a larger conversation about how we talk and think about homeless pets.

The biggest thing we heard from the public after posting Teddy? "He's just like my dog!" It was the most common comment on our Facebook and blog for weeks after all of his media stardom. We even heard from other shelters that were marketing their longer term pets with a warts-and-all approach and a pinch of humor. And the other shelters were watching those pets go home.

The moral of the story? People are good. Teddy might not always be, but people in general are.

And that's totally worth knowing.