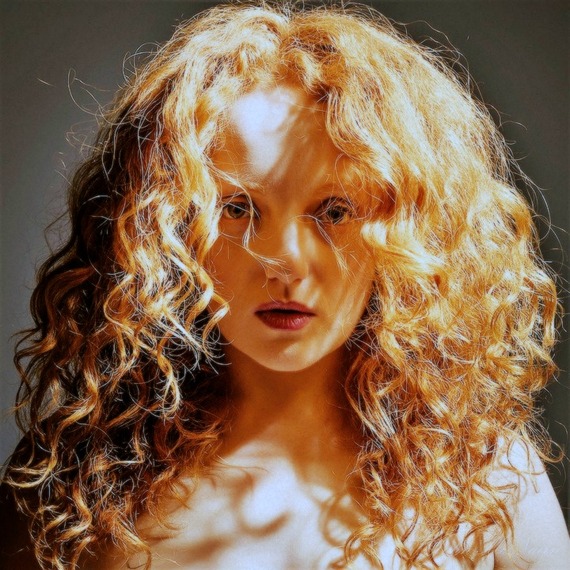 1. Those Older Men Who Were So Into You Didn't Really Respect You

When I was 20 I started a pattern of dating much older men. At the time, of course, it was flattering to get the attention of a man who has more sexual experience and perhaps has more interesting stories to talk about than a guy my own age. I felt grown up. They liked me because I was intelligent beyond my years. Right??

I just didn't feel that I related to guys my own age at 20. But, looking back, the older men I chose weren't exactly classy intellectual types either. Nope. In fact, most of them were charming players who had multiple girlfriends just like me.

Those older guys didn't respect me more or less than someone my own age would have. In fact, those older men should have known better than to pursue someone who wasn't even at the legal drinking age yet. More importantly, I should have respected myself more.

That said, I did learn some lessons from older men. I learned that probably very few of the older men who wanted to spend time with me actually had any intention of being in a long-term relationship. Many of them were incapable of holding down a real relationship with a mature woman their own age. That's why they preyed on younger girls.

I learned that if you don't respect yourself and your body, no one else will either.

I was so naive and so passionate about love when I was 20, but in reality, none of those relationships would have worked out. That 20-year-old thought she was in a romance novel and probably read way too many romance novels in her teens.

Final Word: Older men may be better at smooth-talking, but their age doesn't necessarily make them more trustworthy or dependable. Respect yourself more.

2. Beauty Does Fade & Relationships End - So Focus On Using Your Talents

When you're a teenager and in your 20's, most of us girls are focused on our looks to a great extent. But many of us don't even realize how beautiful we really are until we look back at pictures twenty years later. When I was 20, I was very concerned with being beautiful and being loved. The two always seemed to go together in my mind.

Until we get older, we often don't see our true inner beauty. Many of us become sucked into the mindset that we must appear desirable and attractive to men at all times in order to be accepted and loved. I admit, I fell into that trap.

I quit university after my first year to travel. I was and I think I still am a gifted painter. I also love to write. I brushed all that aside for many years and became entrenched with traveling, partying, friends, and romantic relationships. I know now that I should have worked harder on my talents so that I could have had something to fall back on.

I worked all through my twenties but it wasn't a career. I was a waitress, a bartender, and sometimes worked retail. I made money, but I didn't go back to school or hone my talents for the future. I had no concept of the future. I was 20. I was a romantic. I wanted to be in love. I was living in a fantasy.

Looking back, I could have attended a community college for art or writing. Now, I'm starting from scratch, which is fine, but I could have had a head start.

Final Word: Focus on evolving your talents and skills rather than pouring all your energy into your ego or relationships.

3. One Day You're Going To Be Raising Children - So Remember Your Own Mistakes & Have Compassion

I never thought I would have kids. I started later in life than most women which is a good thing because I was lucky enough to find the right man first. Now, I have a young daughter and a preteen stepson.

I'll tell them some things about my past as they get older and small things even now. I'll tell them those things so they know I don't pretend to be perfect and that I am a human with flaws. I won't encourage them to do many of the asinine things I did, but I'll let them know I understand their urge to do so.

A lot of the lessons I'll teach to my kids will involve admitting I did all the things parents warn their children never to do. I'm not going to lie about that part.

If I could tell my younger self ahead of time, I'd mention being prepared to relive her mistakes in order to teach her future children. Maybe I'd ask my younger self if she'd really want her child to be doing that ill-advised thing she's about to do. But would she do it anyway? Probably.

The most vital message I'd tell my younger 20-year-old self is to remember empathy, compassion, and understanding when she's a parent. To be firm but also to remember. Remember the excitement, the passion and the newness of everything. Remember that the young always think they're invincible. Remember that she once thought she was invincible.

Final word: Experimentation is a rite of passage for young people. You can't control the mistakes your children make but you can pass down the wisdom you gained from your own adventurous, perhaps misguided experiences. And besides that - just be there for them when they mess up.

P.S Happy 40th Birthday to myself. You made it!

More from Michelle: 4 Rational Reasons Why You Should Stop Dating Right Now

Visit Michelle at The Pondering Nook & check her out at The Broad's Way Podcast discussing life, love, sex, women's issues and much, much more!