Even the most enlightened people have stereotypes, especially about things we're unfamiliar with. It may not always be fair, but our prejudices color our perceptions. When you hear terrible things about a particular country, culture or group of people, it can be difficult to not let that influence your opinion -- even if you have no first-hand knowledge of the topic in question.

My wife and I met stereotypes like this head-on when we first decided to include Colombia on our round-the-world trip. Friends and family were worried for our safety, and told us so repeatedly. Who among us hasn't heard awful stories on the news coming out of Colombia? These stories fueled the assumption that Colombia was home to nothing but drug-dealing, machete-wielding, machine-gun-carrying, kidnapping, violent people - and it was in the news, so it had to be true, right?

I was, I admit, a little apprehensive about our decision before we got to Colombia, but I'm thrilled that I chose to listen more closely to people who had actually been to the country instead of just media reports. In retrospect, I laugh at how crazy it was to think that traveling in Colombia was going to be a bad idea.

Skipping Colombia because of these three barriers means you're missing out on a beautiful country full of some of the most delightful people I've ever met. So it's time to leave your prejudices about Colombia at the door, because I'm going to tell you why you should ignore everything you've probably heard about Colombia and go anyway. 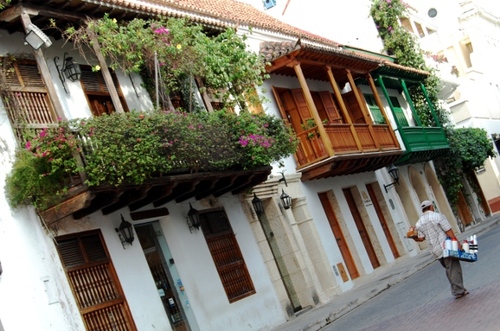 I'm not going to lie and say that I didn't also have this misperception of Colombians. According to BBC America, Colombia produces 62% of the world's cocaine. The majority comes to America, constituting about 90% of the cocaine used in the States, according to PBS.But times are changing. The Colombian government has taken real steps over the last decade to slow cocaine production. The United Nations Office on Drugs and Crime claims that production in 2008 was the lowest in a decade, falling 28% just since the previous year.

The irony in all this is that the vast majority of the cocaine Colombia produces is exported and Colombians are eager to point that out. In one of the most interesting evenings of our entire year-long trip, I spent hours discussing this phenomenon with a group of Colombian college students at our hostel in Bogota. They were quite insistent about pointing out that they aren't the ones using, we are. They hate that the rest of the world has this perception of them as a bunch of drug addicts, when in reality it's the western countries' drug problems that fuel cocaine production in a country like Colombia.

They went on to talk about how younger generations of Colombians are motivated by education. They are intent on shedding this unfair label their country has had since the 80s and 90s when Colombia was ruled by Pablo Escobar and the drug cartels. They want foreigners to come see that their country, and their population, is the complete opposite of what most perceive.

This conversation happened on our second night in Colombia. It was refreshing to see a group of young men and women so patriotic and passionate about correcting the misperceptions about their country. I was impressed, and even though I had spent less than 48 hours there, I had already noticed a remarkable degree of friendliness, kindness, and happiness amongst the Colombian people - none of which was coupled with the use of narcotics. The remainder of our month in Colombia only reinforced those first impressions. 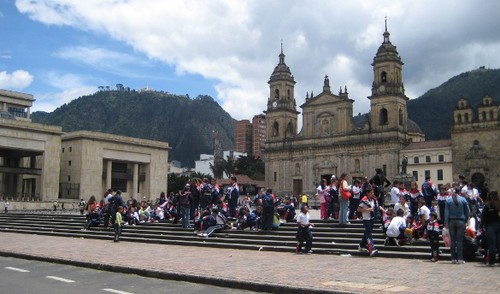 Colombia has had its share of violence in the last 30 years; there's no way around that. It was a very dangerous place, even as recently a decade ago. And there still are some dangerous areas in Colombia. But as I mentioned above, times are changing.

The Colombian people are embracing that change, and they are doing everything in their power to expedite it. At no point in our month in Colombia did we ever feel as though we were in any kind of danger. In fact, the local people went out of their way to steer tourists clear of any places that may be dangerous.

It all started when we got off the plane and started asking the usual questions: "Where's an ATM?" "Where can we change money?" "Where's the best place to get a cab?" We asked those questions more times than I can count over the course of the trip. Normally we got icy responses and pointing, nothing close to a smile. It makes sense, really - just like at home, asking these kinds of questions in airports and bus stations isn't met with friendly enthusiasm, but rather a serviceable and curt answer. In Colombia, however, all our questions were met with enthusiasm, friendliness, and a huge smile.

After arriving at our hostel and finding out that there was a problem with the room we reserved, we moved. While we were initially frustrated, we quickly changed our tune as the woman working there worked so hard and fast to find us a new place, all the while apologizing over and over and even walking us to our new place. The people at the new hostel could not have been more helpful and friendly. One of the workers had a house in the beach town of Taganga, and when he found out we were planning to go there, he invited us to his place - not just to hang out, but to stay. Anything we needed, they helped with, and they always did it with a smile.

And it continued in that way. Cab drivers, servers, bartenders, everyone who worked at our hostel, people we met in the streets, police officers, guards - literally everyone - was open and warm. It was almost surreal to see this kind of friendliness. Everyone was patient with our Spanish. Everyone was willing to help.

After learning more about Colombians and their culture, I think they are just embracing the chance to be happy. After living under so much violence, after their country was torn apart over the last several decades by drug cartels and paramilitary groups, they are rejoicing.

While sometimes as a tourist and traveler I have felt not wanted and as though I was a burden to the local people, it was the complete opposite in Colombia. We were welcomed with open arms, and not just because we had money to spend. They were genuinely happy to see us visiting their country. And we felt the pride evident in that group of college students everywhere we went. Colombians love their country, and they want the rest of the world to feel the same.

Colombians always seemed to be smiling. It was contagious. How can one not be happy in a place like this?

Misconception 3: There's nothing much to see in Colombia. 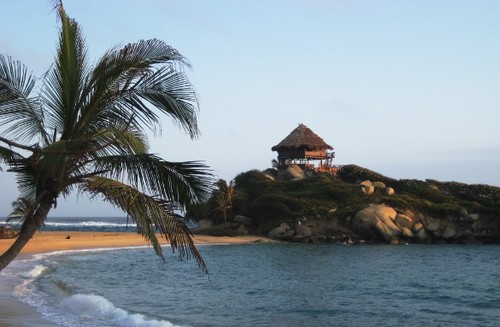 Hopefully by now you're convinced that Colombia is a perfectly safe place to travel. But since many people have never even considered a trip there, you probably have no idea what's awaiting you. While the people are what puts Colombia over the top as a tourist destination, not acknowledging the country's vibrant cities and natural beauty would be a huge oversight.

There are bustling metropolises like Bogota and Medellin that have everything large, urban cities in other countries have to offer, but without the attitude that usually comes with them. Tinto (sweet, black coffee) vendors are everywhere offering 25¢ cups of coffee. Beautiful, unique tourist attractions like the Gold Museum and Police Museum offer something that most other museums don't - like free admission and personalized tours by Colombian police officers, all with the goal of improving their English.

There are stunning beach cities like Cartagena that offer not only white sand beaches, but also gorgeous architecture and wonderful food. A short jaunt up the Caribbean coast and you find fishing villages like Taganga, where literally everyone we met stayed longer than planned. Fresh seafood vendors, masseuses, and jewelry touts slowly sauntered down the beach in an extremely laid-back manner, even being so polite as asking permission before showing you their goods.

Then there's Tayrona National Park, certainly one of the most beautiful, serene, and empty tropical locales in the world. Sleep in a hammock on the beach, enjoy hiking through lush jungle from deserted beach to deserted beach, and take advantage of the solitude and lack of development that a place with this much beauty very rarely affords. Tayrona is a place where days can be spent just enjoying nature, swimming in crystal clear waters, lounging on what seems like your own personal beach, and watching a coconut slowly being taken out to sea and being brought back to the beach. It truly is Heaven on Earth.

Big cities and beach oases aren't all that Colombia offers, though. Trek through the jungle like Indiana Jones to La Ciudad Perdida (the Lost City). Spend time on a finca (coffee farm) lounging around the pool, sipping coffee, and touring the coffee plantations, all the while being treated as though you're part of the family. Go salsa dancing in Cali, visit a cathedral carved out of a rock salt mine in Zipaquira, go rafting, kayaking, or paragliding in San Gil. Colombia really does have it all.

One of the additional benefits of a trip to Colombia is an opportunity to have your eyes opened in a way many other destinations can't match. Like me, you can someday look back on your reluctance to visit Colombia and laugh, once you decide that traveling to see for yourself is often far better than relying on news reports and stereotypes. These days, I want to draw my own conclusions about a country and its people based on my own experiences - and while other places I visited were helping me realize that bit by bit, Colombia hit me with that realization squarely between the eyes. I urge you to let Colombia do the same thing for you.

Ready to go? Search for cheap hostels in Colombia and book flights to Medellin. Read more about South America: