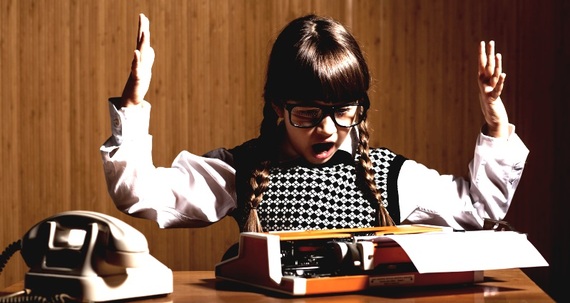 The number one rule that screenwriters need to follow when choosing their next project is simple -- you must choose, but choose wisely.

Yet even when screenwriters have done their research and gained a little wisdom in that respect, many often make the same mistakes in their eventual choices of what they develop and eventually write. And these conceptual mistakes all too often come back to haunt them during the marketing phase of their screenwriting journey.

Here we will detail the three most common such mistakes that plague a screenwriter's chances in the eyes of studios, production companies, and representation.

1. Writing Your Version of Popular Movies

This is perhaps the most common mistake of these three and is mostly made by more novice screenwriters.

Yes, you do want to write movies that you want to see because that's really where you will find the passion that drives you to complete a script. However, you need to choose wisely and make sure that while you write what you want to see on the big screen, you are at the same time bringing something different to the table as you do so.

Too many screenwriters just write their own version of popular movies. They'll write their own serial killer thrillers (Se7en, Silence of the Lambs), quirky comedies with snappy dialogue (Juno), and bloody crime pieces (Pulp Fiction, Reservoir Dogs). Most script readers will agree that they've read endless clones of these types of stories throughout their time in Hollywood -- serial killer thrillers being the most common of them.

The mistake these writers make is that they don't offer anything new. They have FBI agents or detectives tracking down a killer -- yawn. They have talking head stories with teenagers coming of age while spewing the latest hip or quirky lingo -- yawn. They have criminals as the protagonists, showcasing the world of their crimes -- yawn.

It gets to the point where readers throw down the script and say, "I get it! You like those movies."

But what are you offering that's new? What are you doing to make that reader stop and take notice of what is on those pages of yours? It's not enough to emulate a concept and just add some new characters and scenarios to the mix. You have to showcase a concept that pops off of those pages -- that engages a reader to the point where the concept is so intriguing that they need to read on.

The easiest way to write what you love and what you want to see without falling into the trap of just writing your version of a popular movie is to flip those concepts onto their heads and meld them with something else.

Instead of writing another serial killer movie, perhaps use those tropes to introduce a new cross hybrid. It's Silence of the Lambs meets The Wolfman. It's Se7en meets Aliens. Those are the types of hybrids that studios and producers respond to, as opposed to yet another clone of a movie that audiences have seen dozens of times.

After the success of Deadpool, where we have an ultra-violent and hilariously raunchy protagonist -- some may even call him an anti-hero -- breaking the fourth wall and talking directly to the camera, you can bet that Hollywood is about to be bombarded by hundreds of similar approaches in spec scripts.

These screenwriters may put that within the context of their own concepts, however, it will be utterly obvious what trend they are trying to chase.

Trends are tricky. While everyone will tell you that you have to write what Hollywood is making, the Catch 22 scenario of that comes in two parts:

1) The film and television industry will already be flooded with such scripts -- mostly written by studio writers that have the connections and pull you don't have.

2) By the time you've written your script set within that trend, and by the time you've marketed it and gotten it into somebody's hands through contests or networking, it's likely that the trend has come and gone. It's happening already with Zombies. It happened before with Vampires. It'll happen soon with any trend that you see in the theaters and on television now.

You do have options to avoid this trap while still staying relevant in the current trends:

If you chase trends, you're going to find yourself waiting in a very long line of clones that look just like you. Instead, try to think a year or so ahead of Hollywood. Pay attention to the trades (Deadline, Tracking Board, Variety). See what scripts are being purchased now, as opposed to what was a success at the box office last year.

3. Not Doing Your Research

Let's say you do have an excellent concept. Perhaps you read something in the headlines, your imagination was sparked, and you came up with a topical and relevant concept. And then you go take a few months to write it only to later learn that three other studios have similar projects already in active development.

Has that ever happened to you? You've worked hard to write this brilliant concept only to discover that it's either already been done or is about to be produced by bigger names than you. This happens all of the time to most writers. We humans share a collective existence fueled by headlines and information. It's only natural that similar-themed concepts float to the surface. Most novice and disgruntled screenwriters will naively conclude that Hollywood somehow stole their idea from that query letter or screenplay contest submission, but the truth is that we all live in the same world and we all often think so much alike -- and we're also intrigued and inspired by the same things.

So be sure to do your research. If you're considering that serial killer vampire concept, there's this little search engine called Google that you can utilize and perform a simple search -- "serial killer" and "vampire" and "movie". You'll quickly see that there have already been such types of movies, with Let the Right One In being one of them. While the serial killer angle of that movie is minimal in this case, you've now learned that a movie has tackled that concept. How can you do it better or different? If there are a few such movies in development or in existence, should you consider choosing a different project?

Furthermore, if you're tackling a certain subject, be it historical or straight from the headlines, get online and make sure that no studio has purchased the rights to a book on the subject.

There's nothing worse for a screenwriter than working hard to finish a script only to discover that major studios, producers, and directors have already tackled the concept or subject.

It's just a natural part of the creative process in and outside of Hollywood. It happens all of the time, even with the studios. In 1997 there was Dante's Peak and Volcano. In 1998 we saw Deep Impact and Armageddon. In 2013 came White House Down and Olympus Has Fallen.

However, up-and-coming screenwriters don't have the luxury of pitting their similar-themed scripts against major studios and producers.

Do your research and make sure your concept hasn't been made already and isn't in the works by someone else.

But also remember that it's okay to choose a concept that is similar, just as long as you make yours stand out in a much different (and better) way.

In the end, just remember that what you choose for your next project will set you on what could be a life-altering path. Either you’ll choose correctly and it will pay off or you’ll choose poorly and never get that time and effort back.