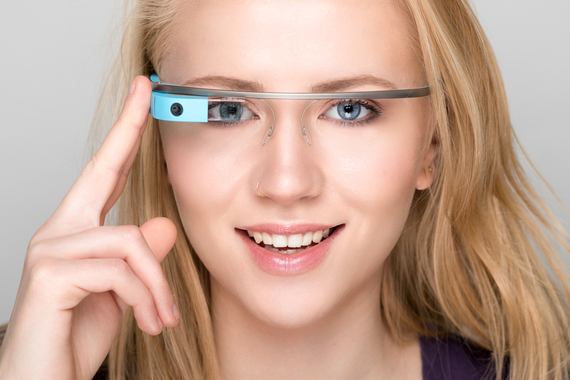 Over the next ten years, we'll see significant advances in technology, many of epic proportions. In fact, the dawn of a new era has already begun. Advances in robotics manufacturing and 3D printing have opened up new avenues for the production of sophisticated products.

A future defined and shaped by what we wear, how we view the very environments around us, and the machines that help or hinder our humanity- is closer than we realize.

There are three such technologies that are currently in existence or on the verge of becoming mainstream.

Virtual reality, while in its infancy, will allow for immersive gaming and movie watching. But in the next few years, virtual reality will likely grow into a platform for virtual communication, where distance and space are all but absent in human to human relations. With developer access, the future of VR introduces endless untapped possibilities. Augmented reality appears to be the next likely evolution.

On the horizon, we can look for equally sophisticated products like a "smart" contact lens with a built-in camera, currently under patent by Sony, which brings about the next category.

Wearable Tech
From watches to health monitors, wearable technology has taken off over the past few years. According to Statistica, "The global wearables market is expected to reach a value of 19 billion U.S. dollars in 2018, more than ten times its value five years prior." The outlook is great for consumers and even better for wearables manufacturers.

The wearable technology space has witnessed an exponential increase in consumer spending thanks to health and fitness digital product manufacturers like Fitbit and smartwatch products like Apples's Watch, which provide several features beyond simply telling time.

Taken one step further than wearables, we may begin to see "ingestibles" or digital pills that have sensors that internally track health-related vitals.

Artificial Intelligence
The advancements in AI have created some controversy among those that see unlimited potential and those that see the potential for robots to cause harm. Either way, the technology is here and trends show an increase in AI design and machine learning.

Factories in China are already replacing human labor with robots for manufacturing related tasks. The productivity increases enjoyed by companies are shadowed by job loss and income reduction felt by former employees.

AI has already proven harmful in social media, with the recent racial Twitter comments made by Microsoft's chat bot Tay.ai. Designed for playful communication, its vulnerabilities became apparent within hours of going live, forcing a shut down by Microsoft.

Beyond the damage realized through online communication, concerns exist over the possibility for robots to cause physical harm to humans. In the 2015 movie Ex Machina, an AI develops a self-awareness that becomes deadly for the creator and potentially many more.

The flip side of these harmful effects are the extraordinary benefits of artificial intelligence.

Take, for example, AI used for robotic limbs for wounded soldiers (as described by Yoky Matsuoka, former Vice President of Technology at Nest) or robots used for exploratory research in locations too dangerous to send humans (suggested by Sabine Hauert, a roboticist at Bristol University). Read the entire Tech Insider article here.

No matter what opinion about artificial intelligence, the technology is evolving and is here to stay.

The Future
Whatever the future has in store, rest assured, technology will have its place in almost every area. Whether offering a virtual handshake to a business associate across the globe, wearing tech that makes life easier or more enjoyable or working alongside co-workers that are "artificially intelligent", these are a few of the must-follow trends shaping our world today.