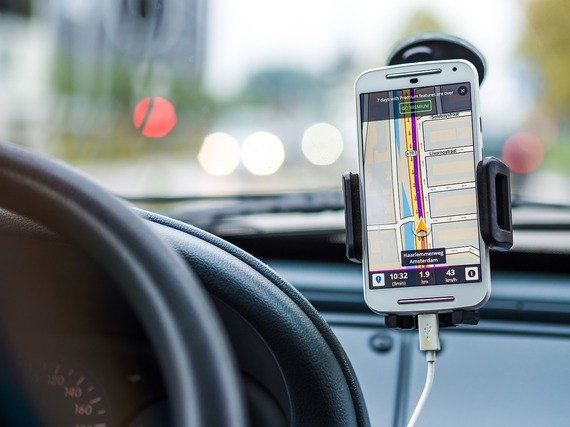 During the gold rush in the 19th century it wasn't just only miners who got rich. It was at the same time Levi Strauss made a fortune selling durable jeans and other supplies to the miners in California.

Today, we are living through another gold rush created by technology. From virtual reality to artificial intelligence and from drones to autonomous vehicles.

Life as we know it is changing faster than ever creating massive opportunities for innovative companies.

Some of the most successful startups of the next five years will be companies that provide the supplies and back office functions for the companies and users of these new technologies.

Here's a look at the newest and fastest growing ways to leverage the gold rush in technology in 2017:

Drones are the future of delivery, and maybe even transportation.

Amazon has been reported to be actively researching and developing a drone delivery system that will allow goods to be flown to local delivery centers cutting delivery times drastically. As a matter of fact, Amazon made its first drone delivery in the UK just about a week ago.

Furthermore, a vast number of startups are building drones; some for gaming, some for videography, and some even for human transportation. DJI has made drones a mass-market product and a realistic hobby for private users.

The one thing they all have in common: they crash frequently. That gives rise to the billion-dollar market that will be drone repair, both for businesses as well as private consumers.

Steve McKenna whose company UnmannedSAS specializes in drone repair and related consulting services says the company's 120,000 square feet repair facility is busier than ever, given the accident-prone nature of drone piloting.

Not everyone noticed, but Apple is actively pushing to get you to wear your headphones permanently.

The last iPhone launch featured wireless headphones that can be worn comfortably and discreetly. Some tech experts have argued that this is the next step in wearable tech and an opportunity for app creators to cater to a new type of tech enabled human behavior.

Imagine traveling a foreign country and being able to understand every conversation by use of a tiny ear bud. Or having your personal assistant, aka Siri, in your ear taking notes during your meetings, automatically scheduling appointments, and reading texts and emails to you as they come in.

This behavior shift could potentially change the way we utilize our phones and therefore provide a huge opportunity for app makers who capitalize on this new trend.

The same way video has become the standard for online branding and communication, virtual reality (VR) will become a commodity as well in the near future.

Whether it is for real estate agents, hotels, or small businesses - demand for great VR video production will increase dramatically as VR headsets become common household appliances. Companies that manage to provide low-cost production services at reliable quality will be in a position to cash in on this trend.

Within the last 10 years, we've had a trend of amazing apps and companies built on the concept of sharing economy. These include home sharing (Airbnb), car sharing (Uber), Bike sharing (Spinlister), Private Jet sharing (Jettly) and many more.

The next decade is likely going to be more about virtual reality, artificial intelligence, and drones.

Companies that focus on leveraging the myriads of opportunities presented by these new technology will continue to be relevant for the next decade.