Wow, that was fast. It seems just days ago our children were heading off to their first day of Kindergarten, and now in 2015, they're leaving the house bound for the halls of academia. My two sons, Asher and Isak are excited, they've recently received their long-awaited acceptance letters from liberal arts colleges. As a professor I thought I'd jot down a three points of advice for them as they prepare to embark on the next, most formidable phase of their lives.

1. Understand what College is

Your child will spend nearly four years (perhaps more!) of their lives engaging in all sorts of materials, angles, and subjects that will profoundly shape their way of thinking and behaving. They will meet different folks with whom they will form friendships lasting the rest of their lives. So, it makes sense, to familiarize them with the kind of institution college is and what to expect. 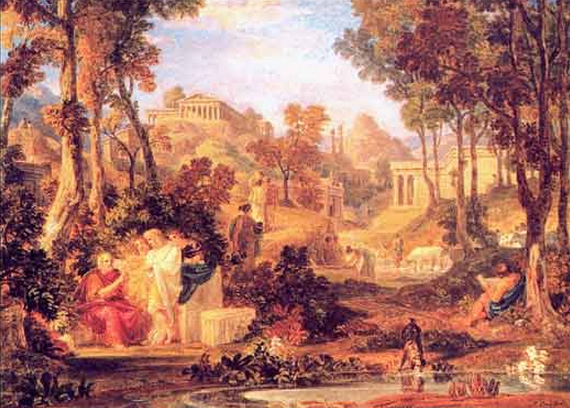 (1) The first organized college was formed by the great philosopher, Plato circa 387 BCE within the sacred "Olive grove" in the shadow of Athen's temple, the Parthenon. It was here that a community formed in what was known as the "academy." This was a place where folks would gather to pursue wisdom, virtue and the happy life by seriously reflecting on ideas such as truth, justice, the good (ethics), and the beautiful.

(2) But the academy would eventually die out and reemerge within the walls of monasteries (such as Oxford) during the middle ages. Within the castles of the medieval academy a fundamental distinction was made between the Liberal Arts (the arts that freed us from animal like existence) and the Servile Arts (which were banal skills taught to tradesmen such as blacksmiths and physicians). The medieval academy was about thinking and living thoughts after the mind of God and, as such, to live a life worthy of God's glory.

(3) Finally, there is the modern day academy, which was formed along side the rise of capitalism about two centuries ago, which was designed to fulfill an indispensible social role. The paradigmatic example of this modern academy was Thomas Jefferson's public university, The University of Virginia, whose purpose was to train scholars who fostered and preserve human values that a capitalist order bent on making money had neither interest in nor time for.

To know what kind of tradition your child is entering is crucial for them to know the responsibility they have to themselves and to society as a whole.

Becoming part of 2,300+ year old tradition, a tradition much older than the current trend of anti-democratic capitalism, is not only an honor but a responsibility. Today college is commonly believed to be a place of hedonistic luxury and there's even something of an "arms race" in which colleges are competing with each other in order to attract more and more students. Think about the constant noise of construction that fills every college campus in America today. It's hardly a place of quiet in which they can reflect on ideas without being disturbed.

Texas Tech, for example just spent $8.4 million on a water park that would make Disney World jealous. Is there little wonder that tuition costs have risen over 1000% since 1978?

A college's value was once considered its faculty and library resources, but in today's environment a student is treated like a pampered customer complete with an irresponsible sense of entitlement. And the faculty are expected to serve the customer so the college can continue raising tuition 5% a year. This trend over the past 30 years in the United States has massively undermined a culture of learning and the skills and discipline it takes to confront historical truths necessary to develop a cultural awareness of ideas, art, and social and economic power.

Just imagine trying to get students, who have grown up with little or no historical knowledge, to find the skills to learn about difficult truths about how humanity has treated humanity. So, sadly the graduate from college today often doesn't need to have the skills necessary to develop a deeper consciousness, because, if they are paying $50,000/year to attend, the pressure is on to give them a good grade no matter how little they've applied themselves.

So given this, the advice I'm giving my children is to pick a school that stresses the library over the swimming pool, and the faculty over the hot tube or football program.

It is difficult under these conditions to get a good college education. But it is possible if your child works hard at reading, exploring texts, learning how to spend days and weeks in the library, writing, researching, and allowing their minds to explore truths and figuring out ways to apply those truths in today's cut-throat corporate environment. For this I would recommend my sons make friends with students and faculty who take learning seriously. It doesn't mean they can't go to the gym and workout (they should), but it does mean they should know they are not there to just party. In short, they should know that the learning they do in college will become the future possibilities of their own society in which their children will be raised.

And now for an ominous truth. 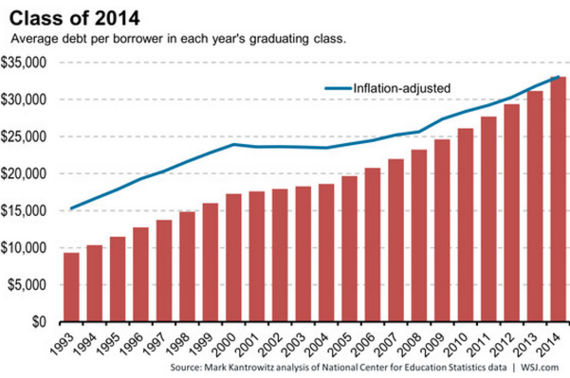 The average American student with a BA will go into more than $30,000 of debt for their education and it's expected to skyrocket over the next four years. Now if college is a four-year party compete with Club Med like amenities then some may be able to swallow that, but they haven't really entered into the tradition of the "academy." But if college is a place where students take into their own hands a vision of their future through research and honing in on communication, critical skills and imagination, then a debt like that would actually work against a 22-year-old starting out on life's journey strapped to paying the banks $1,000/month. So my advice is, don't go to college if you have to go into debt. The problem with this is that only the rich will be able to attend, and if only the wealthy youth are being educated, the lower classes won't be enlightened and their voices and sacrifices to building a better future for all people will be silenced.

With the debt-enslavement college machine like this, no matter how extraordinary their future vision of the world may be, the younger generation will be forced into taking a job immediately and not starting up their own business or making their own way in life with friends and partners desiring social change for justice and for their children and the future generation. It was, after all, Thomas Jefferson who said, "Every generation needs a revolution."

In short, the advice I am offering my two sons is to try to take back the honor and integrity of the process called learning from the slight distance the academy offers away from the brutality of anti-democratic capitalism and give them the encouragement to develop new visions for a world than the one we have now where just 85 people in the world are as wealthy as the poorest half of the world. Sadly they will have to do this within the context of the academy that's been hi-jacked by a capitalist ideology and severely threatened democracy and turned learning into a survivalist game of enslavement to the corporate banks.

Founder and Director of The Global Center for Advanced Studies, Professor and Writer