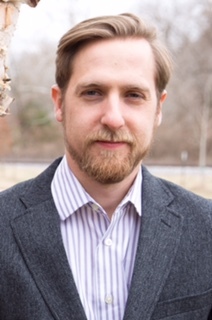 Entrepreneurs should create new, shiny things. The edgier, the better.

Kurt Theobald is the CEO and cofounder of Classy Llama--an Inc 5000 ecommerce agency, on course to do $5M in revenue.

Far from being a newbie, Theobald had cut his teeth on 10 previous businesses, all of which died. Why so many? Simple: he went too far. Always wanted to work on the next thing.

So what did he do? Changed his approach: he worked on an uncool thing.

It started with a simple question on the phone. Theobald talked to a partner, who needed to subcontract some web work. Since his cofounder, Erik Hansen, had development chops and they needed money, Theobald agreed.

"The thing is with all previous businesses I wanted to break the mold and cut into new territory. I'm very passionate about doing that kind of business, so the idea of doing a web development agency was pretty uninspiring actually."

But they fought on, thinking of Classy Llama as a stopgap solution to fund cooler things. One problem: they had to spend less money.

"When we decided to make the shift and focus on it we moved from a 2,000 square foot office that we were using for a previous venture. We had like three guys in there, and it was huge for what we were. So we said okay, if we're gonna do this we're gonna simplify everything and cut back costs to the nub. So we moved into my two-car garage."

That brought new challenges. When it was cold, they used a fan to blow hot air from the house into the garage, which didn't work. They attached a huge piece of plastic to the garage door for extra insulation--also didn't work. Fingers shaking from cold, they kept warm by typing and doing their work.

Sound like entrepreneurship to you? Uncool, rough, obscure work? Well, it should. Successful entrepreneurs know such things are necessary. Part of the deal.

And unlike that piece of plastic, obscure work insulates you quite well. The upside? You get to know yourself.

2) The journey of entrepreneurship: self-discovery.

Wherever you go, whatever you do, what's the one thing you carry around with you? That's right: yourself. You are the link between success and failure; not your circumstances, other people or bad luck. So if you learn about yourself, you improve everything you do.

Answer this: what's your greatest strength, in one short sentence? No idea? Then you have some introspection to do. If you don't know your strengths and weaknesses, you could end up living somebody else's vision.

In his previous ventures, Theobald believed he should live up to the typical vision of what a CEO entrepreneur is: always in charge, always in control. The King Tiger.

"Because I was trying to adhere to a standard and an identity imposed on me by the world around me, I wasn't able to recognize what I am actually good at doing. What's my strength? What special things do I offer? And it wasn't until I got dashed against the rocks by failure enough times to be humble, and come to the end of myself, that I became successful, by offering what I really had to offer."

"I think it's a mistake that a lot of young entrepreneurs make. We are like containers for success, and if we don't have success it's because we're not a container...we don't have the capacity for it. We're leaky. The water comes in and it leaks right out."

So how can you become a vessel for success? Realize you're not just out to make money or even build something great. You're on a different journey.

"I would even go so far as to say the journey of entrepreneurship is more about what you learn about yourself, and about your own personal growth than it is about any endpoint or any measure of success in dollars or traction or anything like that."

Wise words. Your real payoff lies in self-discovery. And once you know yourself, you can be more selective about who to listen to for advice.

3) "Careful who you accept wisdom from."

You can't judge a potential mentor or advisor just by their net worth, or by how many companies they founded and sold. Theobald insists you also have to study them as people. Look at what kind of life they lead. What's their top priority? Is yours different?

"The problem is entrepreneurs go and look for people that have businesses similar to what they want. And I say: don't stop there. Look at their whole life and ask: do they have the kind of lives that you want?"

"Or have they been divorced three times and have children that hate them because they've worked 80 hours per week for the past 30 years? Do they have employees that are afraid of them? Go past the superficial numbers, and look at what's really going on. Because if you submit yourself to that kind of mentor, you will become like them."

Consider this: a mentor relationship runs deep. You open yourself up to somebody else's values, beliefs, identity. Thus, you will change. Can you be sure you will like the person you become?

"They're pouring into you. If you're submitting yourself to them, you're opening yourself up, you're making yourself vulnerable to them, which means you are being 'infested' for better or worse, by what they have to offer."

Flip side to this? Mentorship is vital. Find a mentor who not only has the kind of business you want, but who's also closer to the kind of person you want to become.

Take the long view. You hear about the peaks: the 'overnight' successes. But most of entrepreneurship is long hard work in the valleys, where things are uncool.

You plant seeds, and harvest only when ripe. Theobald sums it up for us:

"Success happens when it's ready, you just gotta keep moving."

Hi, I'm Harry. Keen to help you discover ideas that work--to save you time and tears. Let's connect.