3 Questions That Will Help You Decide If Your Child Needs Professional Help originally appeared on Babble.com and was reprinted with permission. 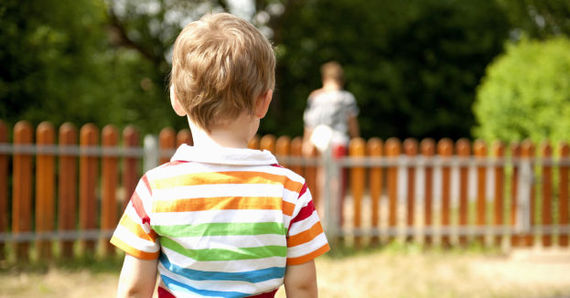 If your child has behavioral or emotional problems, seeking professional help can sometimes be a tough decision. Children and adults alike face emotional difficulties from time to time, and feelings of sadness or loss are often a part of life. How do you know if a behavior is a normal part of the developmental process, or something more serious, such as a mental health concern?

There are times when a parent must seek immediate help. If your child tries to hurt herself or threatens suicide, exhibits violent behavior, or becomes so withdrawn that normal routines are disrupted, this is an emergency. Your child should be seen immediately by their pediatrician or a mental health provider. However, most situations aren't this serious. They weren't, at least initially, for Ana and her 4-year-old son Michael.

Like many toddlers, Michael went through a period when he bit other children. He started to bite when he was 2 1/2 years old.

At first, the teachers at the child care center told her to be patient. Sometimes kids bite because they can't express themselves verbally yet, they told Ana. Sometimes it's because they are smaller than other kids their age. Sometimes, they just bite, one teacher told her.

But when Michael bit his friend Hannah on her face one day, he was immediately expelled from the child care center. That's when things started to become more serious.

Michael continued to bite, off and on. A year later, he bit two children in one day, and once again, Ana was looking for new child care. He was 4 years old, on his third child care center, and in danger, once again, of losing his place when Ana finally realized that her son needed help. He had been biting for more than 18 months.

There probably isn't just one moment when you realize that your child's behavior is out of the norm for their age. But what you can do is to try and put it in context, to determine if there's a reason. Change can be hard for children, and feelings of loss and sadness are normal, as are moments of acting out. Did a grandparent die? Have you moved to a new home? Is there a new sibling or child care situation?

If your child struggles with inappropriate emotional and behavioral responses, consider what effect the behavior is having on them, as well as your family. Then ask yourself these three questions to help decide whether or not to seek a professional evaluation:

1. How long has the behavior persisted?

Does the behavior seem to go on and on, with no end in sight, like Michael's biting? Is the concerning behavior more than just a stage?

2. Is the behavior age-appropriate?

Certain behaviors are developmentally normal. That is, they often occur at a specific age. What was normal for a 2-year-old can be outside the norm for a child who is 4.

3. How extreme is the behavior?

If the behavior is severe, such as extreme aggression, sadness, withdrawal, or repeated and serious conflicts with others, you are right to be concerned.

Once you've decided to seek help, there are a couple of ways to proceed. You can call your child's pediatrician and ask for a developmental screening. This may help you identify the cause of the serious behavior and your physician can refer you to an appropriate child psychologist or psychiatrist for more help. If your child is of school age and the behavior is causing school disruption, you can ask for a school meeting to discuss what kind of supports your child could receive at school.

Ana had felt ashamed of Michael's biting, and it was hard for her to tell his doctor about it. But once she did, they were able to focus on finding the help he needed. It can be concerning to realize that your child needs professional help. You may worry that your child may be inappropriately labeled. However, the most important thing is to not delay in seeking help. Early intervention can provide your family with assistance and support, and build a foundation to improve your child's life. Intervening is the best thing you can do for your child.

When Your Kid Won't Stop Biting

France Just Made Spanking Illegal -- Should the U.S. be Next?

More:
ParentsParenting special needs children
Newsletter Sign Up
Raise the kind of person you'd like to know
Subscribe to our parenting newsletter.
Successfully Subscribed!
Realness delivered to your inbox