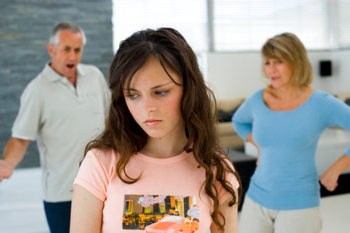 Disbelief is the most common reaction parents have to news that their college student is in trouble. Most parents think, "What's the big deal? We all did silly/dumb/risky things in college."

Well, that was then--and this is now. Decades ago, colleges often ignored wayward behavior, or dealt with such incidents quietly and with no formal processes. Ask yourself, for example, if you remember many students being suspended or expelled for underage drinking during your time at college. Nowadays, however, colleges and universities have comprehensive student codes that resemble mini-criminal codes, many with severe sanctions, including suspension and even expulsion.

Accusation: Your student is notified of an accusation. This notification often happens via a university email from the office responsible for student conduct code violations. The accusation may originate from the campus police, dormitory staff (such as resident advisors), fellow students, or professors.

Investigation: An investigation ensues. This "investigation" is usually conducted by campus administrative staff and may consist of as little as meeting with the accused student or reading the campus police report. In more serious cases--such as those involving sexual assault--the investigation may take weeks and involve the interviewing of multiple witnesses.

Resolution: Accusations are often resolved in a "hearing." Typical hearings are held before a panel consisting of students, administrators, and faculty. This group of people will act as judge and jury for your student's case.

The process is confusing and often poorly run--and yet the consequences are potentially enormous. Even what appears to be a minor "slap on the wrist" during freshman year can come back to haunt a student if another accusation arises later. The later accusation--when combined with the earlier one--may jeopardize a study abroad opportunity, for example, or even derail graduation and graduate school plans.

So, as a parent, what should you do?

If your student is in trouble, here are three questions to ask in order to determine the best course of action to protect his or her academic and professional future:

1. Is the accusation criminal?

Criminal accusations absolutely require you to hire a criminal defense lawyer. Sometimes, students are confused about whether they face criminal charges or merely university conduct code violations. They may even be uncertain as to whether the campus police were acting as campus police or as regular police. These ambiguities need to be clarified immediately.

Obvious indications that a criminal case has commenced include instances in which a student was arrested, handcuffed, or taken before a judge. But other situations can be murkier. A student code accusation and violation may have criminal consequences, both contemporaneously and afterwards. University proceedings often move more quickly than criminal ones, and the criminal aspect of an accusation may not even surface until after the conduct code violation has been resolved.

2. What are the accusations?

You and your student must carefully review the notice from the school--and then thoroughly read the school's conduct code. It is insufficient to simply conclude, for example, that the accusation stems from something generally involving drugs or alcohol. You and your student need to know the specifics. How much drugs or alcohol? Where were they found? What type of drugs exactly? Does the accusation involve mere possession of a drug--or the more damaging charge of distribution?

3. What are the potential penalties?

For all penalties, it is important to know the exact wording that will appear on the student's records and transcript. Will the transcript simply note a discipline matter, or will it include details? Also, what kind of details will the school provide to potential graduate schools or employers? Some types of disciplinary charges may very well raise red flags with employers as well as graduate schools.

Finding out that your college student is in trouble is never good news--but asking the right questions and getting sound advice are the first steps toward solving the problem.