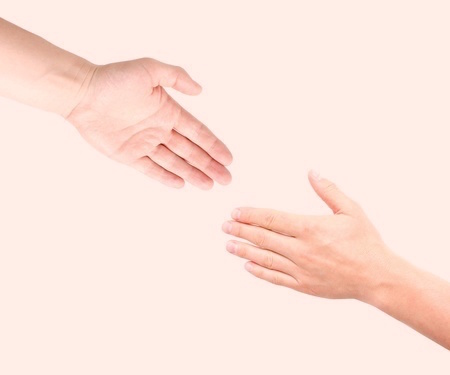 One evening in a reserved room of a pub, perched on a barstool next to a screen that captured the projected image of my PowerPoint slide, I presented to an executive women's group on the topic of women helping or not helping each other advance in the workplace. I talked about Harvard Business School professor Rosabeth Moss Kanter's observation that women who reach executive status simply feel obligated to distance themselves from other women. And then I asked the group of 45 women to discuss their own experiences.

They shifted in their chairs, reached for their glasses of wine and tried their best to not make eye contact. One woman finally spoke up, saying, "I don't agree. My greatest mentor was a woman." Another woman countered with, "I think women don't want to look like they are a feminist, so they are careful about advocating for other women." Quickly, the conversation turned to the importance of men advocating for women, with an unspoken but clear implication that it was less important to have a woman advocate. The room psychologically avoided the notion that women distance themselves from other women by denying it, excusing it and eventually dismissing it as not that important.

So is hell what women deserve for not helping other women? Not so fast... the blame also lies with men; particularly when it comes to reaching down and pulling up those looking to advance to the c-suite.

So why do women not help other women?

Reason One: They want to show that they are part of the team (the men's club)

A woman advances and becomes a member of the senior executive team. There may be another woman, perhaps even two other women on the team. These two or three women are in the minority.

The executive team was likely all male not so long ago, and the behavioral norms that were established long ago still prevail. The women who have made it this far are particularly good at "reading the room" and working to fit in. So they use their cultural savvy to fit in here at the highest level. They do this by not calling attention to their gender or their minority status. These women are adding a different perspective and voice; they are gradually impacting the behavioral norms of the group, but they are not there to represent the female gender. It follows, unfortunately, that they are not there to advocate for other women. They don't want to be seen as having a "feminist agenda."

These are basic group dynamics that are at play here. When a member of a group (the executive team) appears to be associated with another group (women colleagues) it can evoke uncertainty of allegiance. Are you really one of us, or are you one of them? A woman may distance herself, consciously or not, so that she has credibility with her peers and shows that she's "one of them."

Reason Two: They face subtle or not so subtle disapproval from their male peers

Even outside the c-suite, emerging women leaders feel pressure to maintain some distance from other women.

At a kick-off gathering for a company's women's leadership development session that I facilitated, the participants discussed how their male colleagues expressed discomfort with the event. A representative comment was, "What are you going to talk about, us?" The women also expressed concern that their male colleagues would be more uptight with them when they returned from the session. It turned into a comic relief moment when one woman in the room related an incident that had happened recently. She said she was seen in the hallway 'congregating' with another senior level woman and one of their male peers remarked nervously, "What are you two up to?" The participants laughed out load and one added, "And you said,' Yep, you caught us'." Yes, when two or more women are together it must mean trouble!

Many companies have women's networks or affinity groups. With the best of intentions, those networks hope to ultimately help more women advance and reach higher-level leadership roles. Some of these groups have succeeded.

In some organizations however, these networks are seen as just social, as a coffee klatch, as "bitch" sessions, or as "male bashing" opportunities. Some of these groups are poorly funded, or not funded at all. Some of them meet over lunch, a time of day when participants can slip surreptitiously away from their desks. Some women "don't have time" or just don't want to be a part of a female-only group. Some organizations have even established a women's network that includes men, so as not to be exclusive, and/or to increase its significance.

So the problem of women not helping other women will not be resolved until both men and women change the existing dynamic and begin to see women coming together for what it is--a critical component of business health and success.