Crimson Peak is the latest macabre spectacle from Guillermo del Toro, the prolific producer who returns to writing and directing in the style he's best known -- horror that's as beautiful as it is shocking. This tale is set during the American Industrial Revolution and revolves around a young aspiring writer (Mia Wasikowska) who marries a mysterious and handsome baronet (Tom Hiddleston) and moves into his England to live on his estate with his grim sister (Jessica Chastain). The R-rated film is extraordinary:

1. Crimson Peak is a work of art that bewitches the eye. 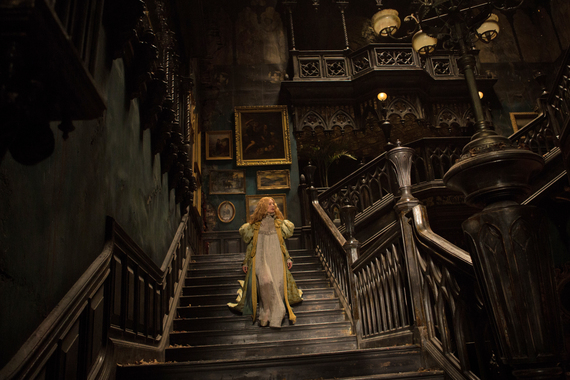 Every second of every frame is lush, beautiful, and gorgeous. It's almost like looking at a moving painting, except watercolors and acrylics don't offer hues this rich. The visuals - costumes, sets, lighting, the weather, the blood-like clay that bleeds through the house - are drenched in ocular intensity.

2. Crimson Peak is the perfect mix of creep and spook for the ideal Halloween treat. 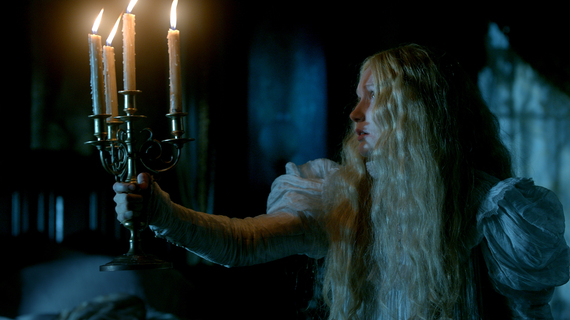 For as many people who love horror films, there's just as many who hate them. This ghost story is the intermediary that can satisfy both. The angry spirits who slink and float through Allerdale Hall are not heavenly white or see-through specter, they're black or blood red, chilling the audience in the theater, but not scary enough that it travels home.

3. Crimson Peak is a genre not frequently seen on film: the Gothic romance. 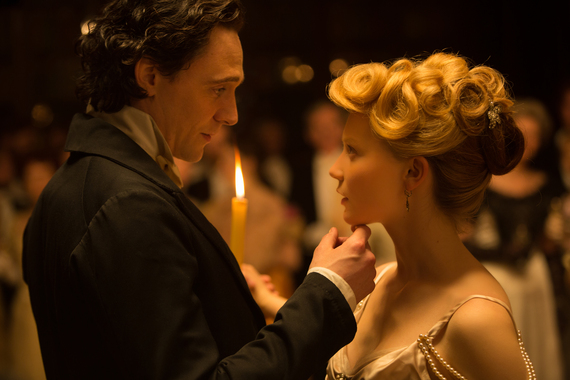 Gothic romances are supernatural thrillers typically involving young women who get involved with attractive, mysterious men and stay in haunted mansions or castles. Perhaps the greatest Gothic romance to make it to the big screen is Alfred Hitchcock's only Best Picture Oscar winner, Rebecca. This genre, made popular in literary fiction in the 18th and 19th centuries, doesn't make it to the multiplex often, but when it does, it's often a memorable endeavor, such as Wuthering Heights (1939), Frankenstein (1931), The Picture of Dorian Gray (1945) and, I'd argue, Beauty and the Beast (1991).

Those are the three reasons why you should see Crimson Peak. Here's the one reason why not:

1. The mystery reveals itself before The Reveal. More than once. 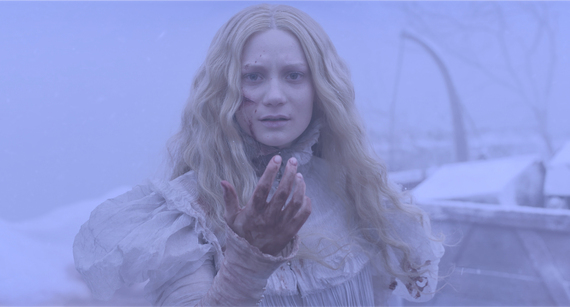 For most of us, the pleasure in watching a mystery is trying to figure out the riddle before the characters. However, Crimson Peak's stunner moments are so obvious so early on that the Big Reveal feels like a Big No Sh**, Sherlock. Thus, the only surprise is when the film switches tone at the end, trading in Edgar Allen Poe for Wes Craven.