Now I know a lot of you read that headline and wondered... huh? So i will break it down for you very quickly...

Here's what happened to Conan O'Brien:

#2 - He joined Twitter and built a massive audience online at the same time as his controversy was playing out in the press.

#3 - He launched a national comedy tour and sold out all of his shows using his new Twitter audience.

I'm sure you all remember this awesomeness that took place last year. Now here's what Charlie Sheen did...

Conan even figured this out today and sent this tweet: 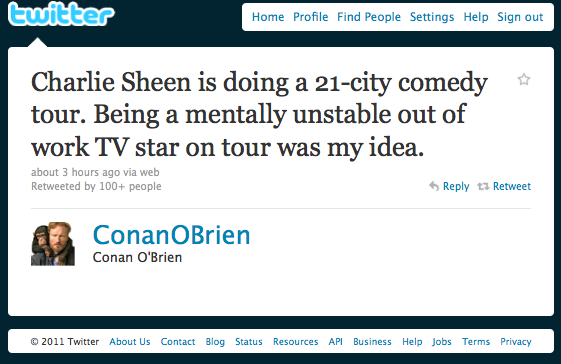 Charlie may have added this own flare to the strategy but I just wanted to make sure that everyone understands that Conan did this already last year.