Recently at the TED Headquarters in New York, I interviewed Kunal Sood, founder of X Fellows and Novus, who is a visionary and extraordinary entrepreneur and humanitarian at heart. He's also a TED Speaker/Resident and an expert in Social Impact Strategy, who has set out to disrupt the pursuit of happiness and transform the world.

As a curator of the future, Sood sees his life's purpose as to positively impact a billion lives in the next decade, a motto he adopted from his time at Singularity University as part of their flagship Global Solutions Program, which is based out of NASA AMES in Silicon Valley.

In 2013, Sood curated TEDxUNPlaza to bring TED to the United Nations as an idea's platform to inspire humanity to unite in action for positive impact, after which he went on to start X Fellows and Novus. 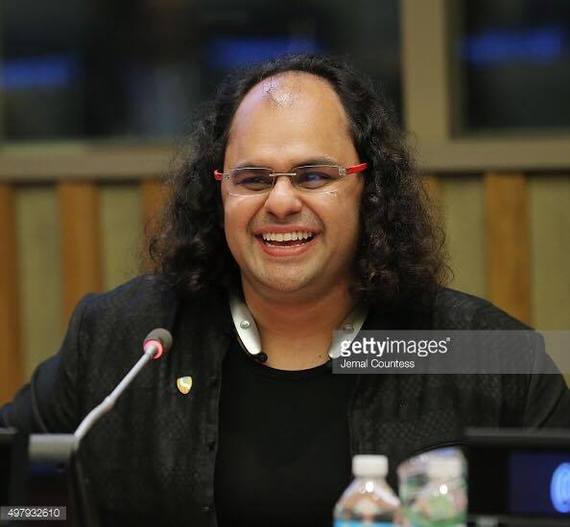 On July 17, 2016, at the UN General Assembly Hall, he curated and organized the first ever Summit of its kind that championed transformational leaders and innovators, who shared their stories and work to solve our global grand challenges.

However most recently, Sood has been thinking a lot about how we can find true and lasting happiness in these uncertain times. Interestingly, he's doing it by boldly reimagining the pursuit of happiness for a better future. He just gave his first TED talk on the subject and currently he is writing his first book ever titled Exponential Happiness, which comes out in 2017.

"Happiness is not just an individual pursuit, but a collective one in this day and age. It's about developing an exponential mindset of solving problems and being of service to each other. True happiness via success can be measured by the number of lives we impact in our lifetime, and given the technological innovation nowadays, even beyond our lifetimes."

Two years ago when Sood founded Novus, he saw that traditional pathways were disappearing internationally for both the young and old, but the drive and ability to turn their dreams into reality was stronger than ever. Sood views this as the core reason why we need to reimagine the pursuit of happiness.

Here are the three steps Sood suggests are the best way to create an abundant future that will stand the test of time. They are bold and unconventional, but I feel he is on to something given the times we currently live in here and now.

Sood feels for true long term happiness we need to be exponential: Which means that we have to have the ability to fight for what is right, like eradicating poverty and hunger in our world, as well as create the conditions for humankind to flourish into an abundant future.

"How can I change the world if I cannot even change myself? How can I change the way I am? I always meditate on these two questions when starting a venture or supporting a cause and then pursue my task . In order to have real outward impact in other people's lives, you have to have inner transformation. That's what I believe separates the exponential leaders from the rest of the pack," Sood said.

According to Sood these are the necessary steps towards being exponential.

Sood is also a huge supporter of Women's Empowerment world-wide through his work at WEDO, where he serves on the board as the Chairman of WED Fellows Program for Women's Entrepreneurship Day at the United Nations, which was founded by Wendy Diamond in 2014.

"Women Entrepreneurs are the key towards this shift as they are not only concerned with just doing well in business, but also doing good." 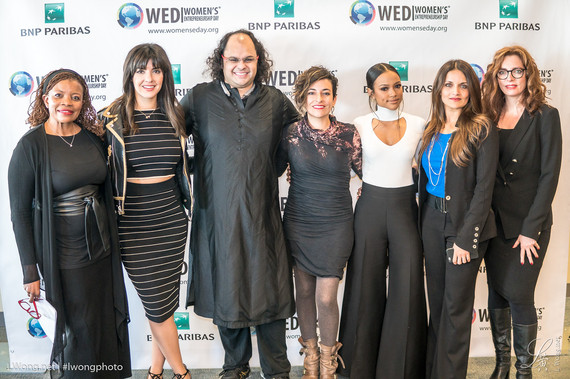 So, for the first time, we are finding this next generation of entrepreneurs and newly minted graduates who are primarily women that are founding socially responsible ventures in a variety of industry sectors that usually have a double or sometimes even triple bottom line.

There has never been a time like the present to really rethink the idea of what it means to be happy in our lives. Sood has a different take on the idea of what the future is going to feel like given the recent changes on a geo-political and socio-economic level.

"I believe the future of happiness rests on a whole new paradigm that embraces happiness from the inside out. This new paradigm will help us shift from a place of an individual's pursuit of happiness to one where it is a shared and collective pursuit," Sood explained. "Building moral courage and effective altruism as a global society will be critical given how technology is becoming such an integral part of our lives - and in many cases - our sense of personal identity which affects our happiness," Sood added.

We see this everyday with social media for instance, and how one tweet can send half the nation into disarray. This is just phase one of what is to come in terms of how social media can disrupt other people's lives. But Sood is very optimistic about the future and how if we cultivate empathy and compassion, we can bring into focus the fact that happiness need not be just being positive all the time or a smiley face, but about embracing the full range of human emotions and experience.

Sood has coined up a term called the 8C's of living into the best possible future as: courage, compassion, creativity, confidence, capabilities, commitment, community and culture.

He believes that all the technological innovation in the world will be for nothing unless are proud of who we are when we arrive at that destination called the singularity where technology and humanity becomes one.

"Technology is just a tool that allows us to accelerate change, however the more important aspect is how we act through our lives by using these tools that give us great power with an equal measure of responsibility." Says Sood.

He sees the building blocks of an abundant future being likened to the Heroes journey. He also believes that in order to have the right kind of social impact moving into the future, one needs to form a Super Organism. Overall, Sood believes that we must have each other's backs and work together if we want to see humanity flourish into the best future for all of humankind.

Kunal Sood is certainly doing his part and now has given us food for thought for us to do ours.