Most of us have been on the receiving end of a stereotype or two in our lives. Some stereotypes are seemingly more harmless than others. Stereotypes have inspired literature, art, science, entertainment, and many other forms of human expression and achievement. Perhaps equally, they have resulted in tragedy, suffering, and injustice. In a mismatch, rooting for the underdog is common because doing so resonates with our own struggles through the challenges we may have faced. Being favored and viewed as the underdog could be regarded as inverse forms of stereotype. Admittedly, in many instances, the stereotypical view is held by a majority because it may be based on history, perceptions of present abilities, or both. Sometimes, it may be attributed to the "herd tendencies". During the first 21 years of my life, I lived with stereotypes related to my being a respected teacher's son, my innate shyness, and general penchant for using English as the primary language of communication. Since being in the United States for the past 27 and half years, thanks to a few stereotypes, I have been inspired to both dispel the general myths as well as prove many otherwise. The ulterior motive in my reactions was mostly to prove that I was not "like that", but in many instances, I also relished in defending an underdog. When stuck with a stereotype which is blatantly false, we are sometimes inspired to dig deeper into our own degree of confidence and abilities. As a result, we either end up achieving more than we normally would, or realizing that we would undertake a different path which might make us feel better about my abilities. 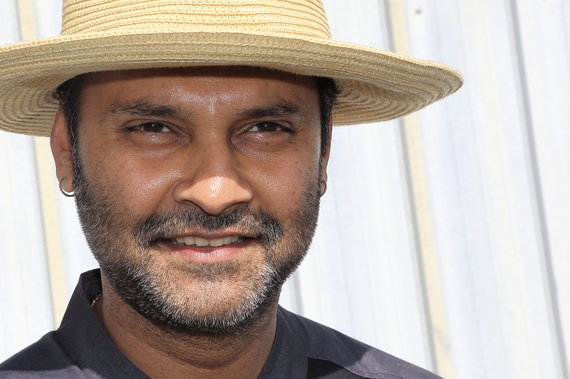 In my case, there are 3 stereotypes which have inspired me to "dig deeper" during my life in the United States:

1. "You don't have an accent." Yes I do. Who doesn't? But I know what they meant. They meant that in some cases, I pronounced words differently than a native. So, I tried to change the way I spoke, one word at a time. I clearly remember my supervising professor for the Honors Calculus class I was teaching at George Mason University saying to me that my students were having a tough time understanding my explanations. I could hear myself and I sounded fine, I thought to myself. Since then, I've strived to become the kind of teacher my mother was: clear, articulate, knowledgeable, and consistent.

2. "You are an immigrant and an academic, so you must be a liberal." At first, I thought, well that doesn't sound bad. After all, being a liberal could simply mean that I share a political philosophy or worldview founded on ideas of liberty, progress, and reform. Of course, I do. But now I think that I certainly do not want someone to assume what my opinion on a topic will be simply based on a label. So, nowadays, I write on a variety of topics. That is a sure way of knowing where I stand. And barring an invasion of privacy, if it is a question related to a topic I haven't written about, just ask me and I will tell you exactly where I stand.

3. "I heard you are a chef. I love Indian food." Great, so do I. But, I do not operate an Indian restaurant and I don't think I am a very good chef of Indian cuisine. I am a much better saucier than I am simply a chef who sometimes uses spices. I understand the chemistry of ingredients and I am classically trained. When I cook for others or at events, I will usually go out of my way to avoid flavors which may be construed as being Indian. In doing so, I have become a better chef.

"You should not open a restaurant because you don't know anything -- how much hard work that is." Well, so much for heeding that advice.

Thank goodness for certain stereotypes because they get us riled up enough to help us draw more from ourselves than we might left to only our own volition. Now, if we can simply avoid the ones which cause tragedy, suffering, injustice, and the like.