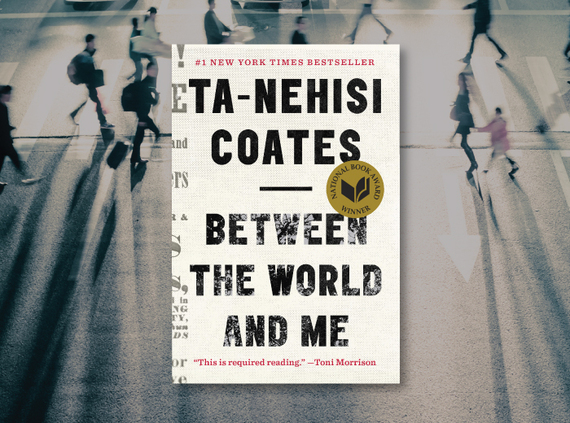 "I have seen that dream all my life," writes Ta-Nehisi Coates in his new book, Between The World And Me, winner of the 2015 National Book Award for Nonfiction. "It is perfect houses with nice lawns. It is Memorial Day cookouts, block associations, and driveways. The Dream is tree houses and the Cub Scouts. And for so long I have wanted to escape into the Dream, to fold my country over my head like a blanket. But this has never been an option, because the Dream rests on our backs, the bedding made from our bodies."

Written as a letter to his young son, Coates' powerful book has quickly taken its place alongside the pantheon of great African American nonfiction, including James Baldwin's The Fire Next Time--A work that seems to serve as the author's primary intellectual and structural inspiration.

Coates paints a stark picture of race in America. But if we are willing to listen, his book also has much to teach entrepreneurs, investors and others in the venture ecosystem grappling with our well-documented diversity problem.

Here are three of my key takeaways:

Racism is Visceral, Not IntellectualCoates' uses the "dream," mentioned above as a metaphor for the inability of white Americans to confront the ways in which they continue to benefit from our nation's long history of racial oppression. His words immerse the reader in the ever-present threats of physical violence (gang warfare, police aggression, prison, domestic abuse, etc.) that stalk African Americans of all ages and social classes.

Coates does not sugarcoat the physical toll racism takes on black minds and bodies. Nor does he hide his skepticism that we will ever cure our great national cancer. It's not that the American dream is harder to attain for African Americans, he argues. It's that the dream has been constructed on their backs.

It's this fundamental concept, rather than some oversimplified sense of entitlement, which has led to Coates making the case for reparations. Agree with him or not, it seems clear that the same old solutions are not going to cut it when it comes to economic empowerment.

The Inadequacy of Empathy Some, including President Obama, have taken issue with Coates' work, especially the way it appears to dismiss the power of empathy as a force for change. However, I believe there is real insight in the author's basic observation that empathy--like most complicated emotions--tends to evaporate when your life is in danger.

Empathy is a byproduct of privilege; it grows from the kind of basic physical safety so many African Americans are denied, which is why it can only take us so far. Unless the problem follows you home at night, how can you possibly know the struggle of living in a world that seems programmed to react violently to your every move?

You can't. That's the sobering truth. And yet, I did not come away from Between The World And Me feeling hopeless or even helpless. In fact, Coates' radical honesty left me inspired, whether that was his intention or not.

Progress is Always PossibleRight now my colleagues at JumpStart are busy trying to build better connections with underserved minority communities in Cleveland. We are doing this work because we believe in the power of entrepreneurship to create jobs and transform struggling communities from the inside out. It has been one of our guiding principles since we opened our doors.

One could read Between The World And Me and conclude that our efforts amount to little more than a few drops of water in the bucket. Or, you could come away with the important reminder that although progress is hard-much harder than most people want to admit--change is always possible, and it has to start somewhere.

I believe every entrepreneur, investor and business leader should read Between The World And Me, if only to remind themselves of what is at stake here. Diversity and inclusion is not about making ourselves feel better, or painting some rosy vision of a "post-racial" America. It's about confronting the dire truth that we will never lead the 21st century if the culture Coates describes to his son continues to perpetuate.

Some may wonder what they can possibly do in the face of such an uphill battle. But if you listen to your entrepreneurial instincts, you'll realize that you already know the answer to that question.

More. You can always do a little bit more.