Here in Kansas City, you don't have to walk very far before you see people of all ages dressed in Royals gear.

That certainly was the case at Kauffman Stadium when we took our kids to the ballpark. Everywhere you looked was blue. 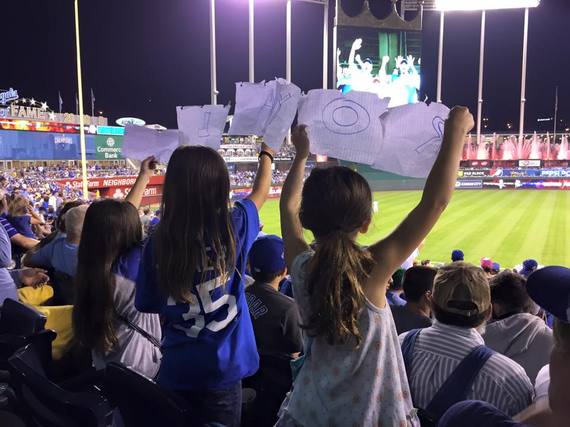 Hosmer, Salvy, Moose and Cain jerseys surrounded you on all sides. But if you looked close enough you saw some names from the days of my youth.

A name you could say at any time in the last 30 years in Kansas City and get the same reaction.

#5. Pine tar. Lefty. .400. Kissing home plate. One of the greatest ball players of all time, at least here in Kansas City. 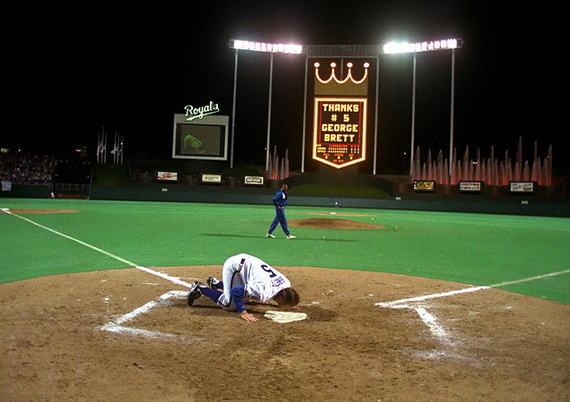 I saw several #5 jerseys that night, and each time I saw one, I thought of my sister. Growing up, my sister played a huge role in my life. She still does.

I loved baseball in part because she loved softball. And she loved our Royals. 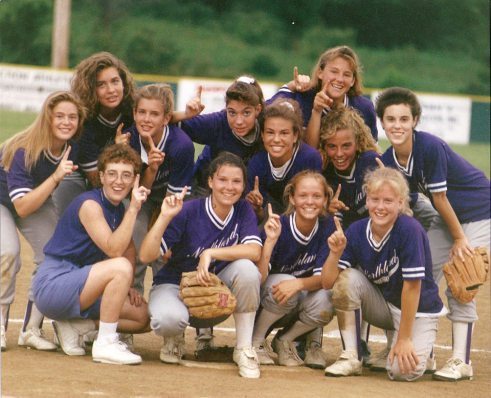 Darcie is on the bottom right of this amazing photo from the early 90s.

As a middle school and high school kid, I'm sure she hated her dad calling her George.

This week, that same lefty underwent her first round of chemo. For breast cancer. At 38 years old.

Not fair, not right, too young, too scary, not supposed to be this way. Happily married, four beautiful, young kids, the whole deal. 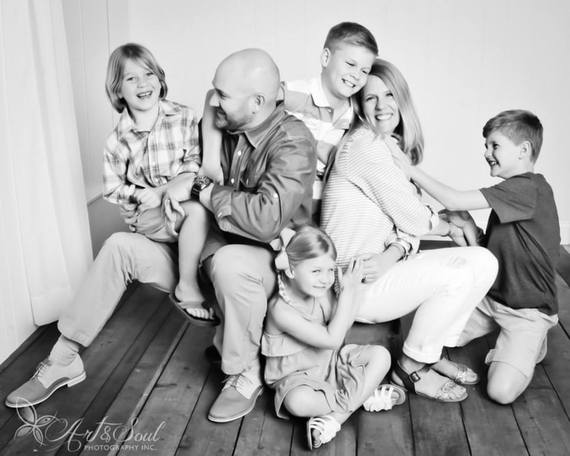 Her story is still unfolding, but already she has taught me three things in her early battle with this awful disease:

1. How to handle fear. I've written about it before, but she's living it right now. The easy choice would be to lay down, give up, say it's too hard. But she's not letting fear call the shots, she's calling her own shots.

3. Courage doesn't wait for ideal conditions. Brave, courageous people aren't not afraid (yes I know it's a double negative), they simply do it anyway. In other words, they don't wait for the fear to go away. Because it won't. They shove it in the trunk and keep driving. Trusting that their movement, their intention, their active faith will squash fear's lies.

She didn't choose this battle. But I promise it messed with the wrong woman.

A little bit similar to the way the umpire messed with George Brett in the famous pine tar incident.

Give 'em hell George. We're praying and pulling for you.