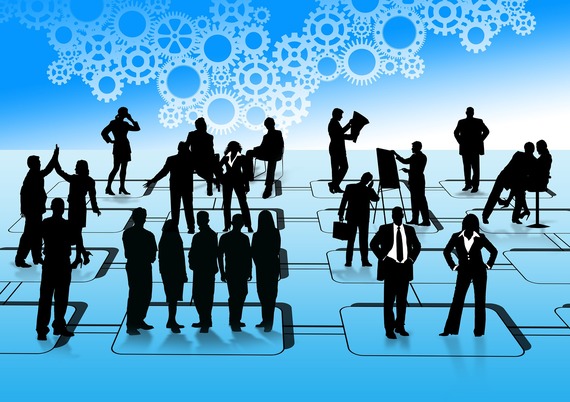 Early on in my career, I interviewed for an Analyst position with the Managing Director of a Wall Street bank, a fifty-something-year-old male. After the typical interview questions, the conversation took an unforeseen turn as he took a keen an interest in my background -- nonprofit work on social issues -- as it was atypical from other interviewees. After discussing some of the topics I had worked on in the past, he inquired, "Tell me. As a manager, what can I do for gender equality?"

Study after study shows that diverse teams produce better results. We know that companies with women in leadership positions are also more profitable. Though we have data and have built general consensus that gender equality is yes, a good thing for successful business outcomes, what concrete actions can we actually take?

While it must be recognized that there are systematic barriers and HR policies that formally contribute (or don't contribute) to gender equality, here are three practical tips that managers can employ if they want to start removing gender bias from their organizations:

1. Evaluate performance reviews based on performance metrics rather than primarily on an employee's personality characteristics

A 2014 study by Kieran Snyder demonstrated that regardless of the manager's gender, women are more likely to be given negative feedback surrounding personality rather than performance. Even when critical feedback was provided to men, it offered constructive suggestions around work.

Language was key: often, negative words associated with personality characteristics such as "bossy, abrasive, emotional, aggressive, and irrational" were used to judge female behavior, while only the use of "aggressive" to describe personality -- which can often be perceived as a positive trait depending on the organization and industry -- could be found in men's reviews. 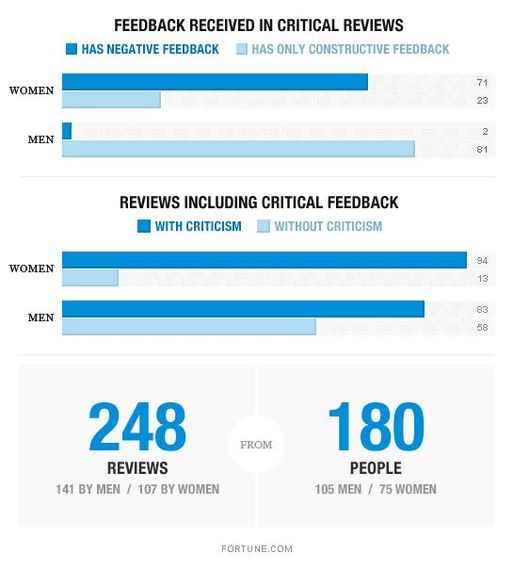 One solution that Business Insider suggests is "to be clear and consistent about the criteria on which employees are evaluated." Stating this criteria up front, and including both business metrics and behavior expectations, is critical for laying the groundwork for fair performance reviews.

Additionally, when reviewing behaviors, which are important to business and organizational success, try flipping the script. Ask, "How would we judge a man for doing the same thing?" as Frank Bruni suggested in his latest New York Times editorial "If Donald Trump Changed Genders." Flipping the script can help a manager to reveal when perceptions of behavior are related to gender and then decide how to handle accordingly.

Considering that performance evaluations lead to promotions and pay increases, it is important to recognize and correct for our biases to ensure that staff are evaluated on the quality of their performance and not on unintentional gender biases.

2. Ask employees what they can/can't do rather than make assumptions about their personal lives

A rising star's name was recently brought up during a meeting for a new project lead. Another colleague had mentioned that she was pregnant and unfortunately the position would require international travel. Instead of leaving the discussion there and assuming that she would not be interested in traveling or taking the lead, one of her sponsors made the smart move of actually consulting her. The result? She was more than willing to take on the role, travel included, and the project was a success.

Alternatively, I've also seen situations in the reverse: one of my single, male friends was assumed to be fully capable of travel because he didn't have commitments to "tie him down." He eventually left the company because of fatigue from jetting around the country all the time. The company lost a valuable employee because of assumptions about his personal life.

Through implicit assumptions, a manager could mistakenly believe that they know enough about an employee's situation to make decisions for them. Therefore, as a good rule of thumb, regardless if the employee is a man, woman, young, old, married, or single, it's important to talk to the individual to see if they can and want to do the special project or take on the bigger role. Don't let your own assumptions about someone else's personal life drive decisions about their future.

3. Facilitate meetings so all voices are heard

As Sheryl Sandberg and Adam Grant have pointed out, there is often an unfortunate bias that can occur during meetings. They observe, "When a woman speaks in a professional setting, she walks a tightrope. Either she's barely heard or she's judged as too aggressive. When a man says virtually the same thing, heads nod in appreciation for his fine idea." I've also seen this happen with senior vs. junior members, older vs. younger colleagues, experts vs. generalists, and certain nationalities vs. other nationalities. When interruptions occur or one team member's comments are overlooked, it takes great employees to notice this and call it out as well as a great leader to facilitate the meeting in a more inclusive direction.

Project Aristotle at Google had researchers examine what made successful (and therefore profitable) teams. They found that "on the good teams, members spoke in roughly the same proportion, a phenomenon the researchers referred to as ''equality in distribution of conversational turn-taking." Thus, it's in the manager interest and team's benefit that all team members are heard and heard well. As research shows that women's comments are dismissed and even punished compared to men's comments, facilitating inclusive meetings can help address gender bias that occurs on a routine basis.

Gender equality and open, diverse environments are a must in today's businesses. By being intentional in these practical approaches, mangers can contribute to reducing gender bias and having more successful teams.