I write a lot about how couples and individuals can have more mindful relationships and lives. Today is a change of pace. Today, I want to let you in on some of the experiences that have occurred in MY relationship, because couples deserve to know that even relationship experts have, well... issues!

The other day, over coffee and a duolingo break, I asked my husband "what are some things you wish you had known about marriage...before we got married?"

Yes, I went there. Even though we have been together for years (nearing a decade), there are still things I wonder and questions I want to ask him about that time in our lives that now feels so long ago. Here's what he told me... and here's what I think about it.

"I wish I had known what I could have been doing better."

"I brought debt into our marriage. I stayed in a job that I was just content in, even though I wasn't aware at the time. I wish I had made a change sooner."

My husband went through what he calls an "internal crisis" after we got married. I actually think it was the best thing that could have happened to him, because he really discovered parts of himself that he had put away in order to maintain the status quo and stay on the straight and narrow path. (Proud wife over here!) 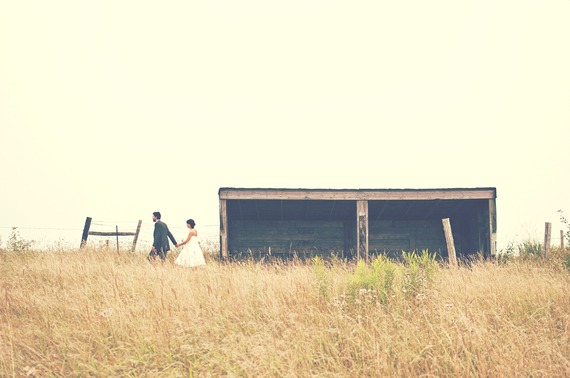 A few years after we got married, he quit his job and literally took a chance on finding something new. Trusting himself enough led him to a new opportunity that he would have otherwise never probably accepted. I'm so proud of him, but you can bet there were some moments of fear during that time.

I think we all experience this, to one degree or another. The quarter-life crisis has become more and more common for young adults. For me, it was making a complete career change after getting a degree in music and realizing I did not want to teach or perform competitively. For many others, it is making even greater changes that will affect themselves and their families.

My husband spoke to a common experience of the 20s: feelings of uncertainty, self-centeredness (not necessarily in a negative way), and a desire to really figure out who we are and where we are going.

Before we got married, we thought we had it all figured out. He had his job, I had mine, and it was all going to be smooth sailing from there out!

Becoming more true to himself led my husband to make some pretty big changes in his life; changes that I heard him saying he wished he had known before we ever got married. While it's always easier to look back and think "should have, could have, would have," I can't help but be grateful for the way things have turned out.

"I wish I had known how to deal with your bad moods."

Apparently I was a bridezilla or something (I seriously still have no recollection of this...).

"I fell into the trap when you were in a bad mood. I would ask because I knew there was something up; but even then, I still asked. And I knew it just made your bad mood worse."

"Even now, I usually just end up leaving you alone, but that leaves me feeling isolated. It makes me wonder if I did something to contribute to it. I feel helpless. Maybe even a little sad, because I just want to see you happy. I know your mood shouldn't affect me, but it does."

This one struck a chord with me. Probably one of the most common reasons couples end up in counseling is some form of this. Every couple has their own "bad deal"; their own cycle of conflict. It takes intentional effort to work on your part of it. I know I have made it hard at times to let my husband in on what goes on with me in the midst of an emotional crisis. I also know we can both agree it has gotten much better over time.

When you know how your emotional state affects your partner, it changes how you choose to argue and interact with them. Knowing that my "moods" (and we all have our moods) contribute to my husband feeling isolated and helpless encourage me to work even harder to really express myself well in the midst of conflict. Because, deep down, I know that I don't want to push him away.

"I wish I had known how to give up control."

"You get used to things when you live alone. You have your own habits and you like things a certain way, and when you come into a relationship with someone who has a different way of doing the same thing, you have to learn to give up that control sometimes. It only leads to conflict and, really, the most important thing is the relationship. Not who's right."

So. True. My husband has also taught me that there's more than one way to do things. Marriage forces you to either work toward compromise and learn how to change the way you do some things, or get tired of your relationship REAL fast. It is literally a mature, adult, conscious, and intentional choice you must make every day.

I'm proud of the path my husband and I have taken to work at our relationship. It is an honor to have him by my side doing this thing called life.