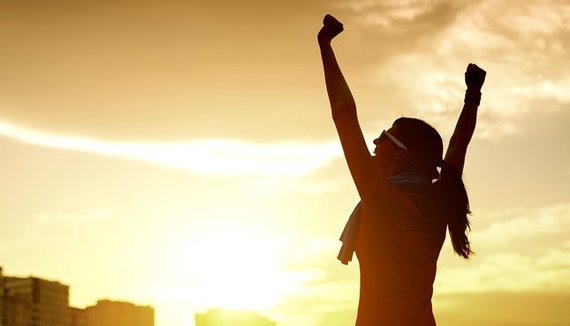 We're all busy, loaded with endless to-do lists. Busyness has even become a badge of honor. But as great as it feels to constantly be getting stuff done, it's getting in the way.

Many people say they're too "busy" to focus on growing themselves in their career and life, and yet they're dedicating every minute to distractions. Why are they putting off taking themselves to the next level?

Powerful people invest their time in simple things that bring powerful results. Here's what they do every day:

1. They review their top goals and purpose

Powerful people are constantly in the creative pursuit of purpose that inspires. They never take on projects without filtering first for importance. They say "no" before the inbox of life overloads by starting their day staring at their purpose and top goals. They stick with Warren Buffett's idea, listing the top 25 things they want to accomplish, circling the top five and forgetting about the other 20. As Buffett advises, "Everything you don't circle becomes your 'avoid at all cost list.' No matter what, these things get no attention from you until you've succeeded with your top five." By staying focused on what powers them most, Powerful people are able to get three times, 10 times, or 100 times more accomplished than the average person.

2. They serve others and strengthen partnerships

Ever had someone carve time out of their day to help you? How did it feel? This is what powerful people thrive on. They turn down the me, and turn up the we by finding ways to help others. And they see the impact in how they feel, as their career and life experiences are better off because of it. Like Caterina Fake, they leverage the power of selflessness to create unbreakable trust. Caterina launched Flickr as a free place for people to share photos, but she realized in the early stages it could've become an online troll village, where toxic comments would've killed growth. But Caterina focused on authentically commenting on peoples' photos. She didn't just write "great photo," she wrote long paragraphs telling why she liked images and she was extremely positive. Flickr grew to millions of users, translating into millions of dollars for Caterina. Service is powerful stuff.

3. They share experiences in a journal and recognize patterns

Powerful people keep a daily journal, writing to inspire others -- and it makes all the difference. Their purpose powers them to accomplish more in their career and life. They're willing to skip happiness for meaning, knowing it's the best way to make the greatest impact. Stanford professor Jennifer Aaaker examined the experiences of 397 people and found those who considered their lives happy focused on what was happening to them in the present moment and were "takers," and those who considered their lives meaningful found insights exploring their past, present, and future and were "givers."

What are some other things you know of that powerful people do daily? How will you become even more powerful today?

I appreciate you taking the time to read this post. Here are seven other posts I've written:

- 8 Ways to Create the Happiest Career (and Life) on Earth

- The Deadliest Threat to Success

- Why I Bury My Cellphone in a Drawer at Night

- 3 Keys to Having More Than it All

If you liked this post, I'd love it if you'd hit the "follow" button at the top of the page so I can continue to write and share with you on a variety of topics.

Voting Made Easy
Register to vote and apply for an absentee ballot today
Register now
More:
healthy livinggoalslifestyleSuccess And Motivationthird metric
Newsletter Sign Up
The essential guide to taking care of your mind and body
Subscribe to HuffPost’s wellness email
Successfully Subscribed!
Wellness delivered to your inbox