According to the National Center for Charitable Statistics, there are more than 1.5 million nonprofits in America. Each day, 150 new nonprofits are created, and each year more than $250 billion flows into the nonprofit sector. Yet very few nonprofits -- less than 10 percent -- ever reach annual revenues exceeding $1 million, according to the Urban Institute's Nonprofit Sector in Brief. As a result, many nonprofits leaders spend much of their time struggling to keep their organizations alive, and most never realize their vision.

In my two decades of service in the nonprofit sector, I have been blessed to found two nonprofits and serve as the CEO of a third; two of these organizations have more than $20 million in annual revenues, and the third has revenues exceeding $5 million in only its third year of operation. Much of what I've learned about building a successful nonprofit flies in the face of the traditional advice given to aspiring nonprofit leaders. In fact, I believe that many leaders too often make three critical mistakes when starting their nonprofit.

Below, I have highlighted these pitfalls and some potential ways you can avoid them:

Filing for tax exemption is a lengthy process and it requires you to come to important decisions (such as assembling your board - see below) sooner than you should. But if you have an established organization act as your fiscal agent, you can take the time required to build your organization's infrastructure while also taking advantage of your host organization's name and reputation.

You will also look stronger financially, which in turn enables you to raise more money. The two years of support Summer Advantage USA received from The Mind Trust has been essential to our successful launch; we were awarded several six and seven-digit gifts that I know we would not have received were it not for having The Mind Trust as our fiscal agent.

Myth #2: Assemble a board of directors. Your board has vital responsibilities, including governance, fundraising, financial oversight, and strategic planning. Unfortunately, though, most boards fail to fulfill these commitments. According to a 2010 study by BoardSource, nonprofit chief executives gave their boards a D+ grade in fundraising and a C+ grade overall, a figure made even more dismal given the amount of time and effort required by you to manage your board.

Many boards are ineffective because board members are often chosen for the wrong reasons. Most early-stage board members are recruited because they are mentors or friends of the CEO, not necessarily based on their skills or commitment to the organization's mission. What's more, because nonprofit leaders quickly file for tax exemption, these board members are signed on without job descriptions and without an honest conversation regarding what is expected of them. As a result, these ill-matched members are often unwilling or unable to fulfill their duties and you, as the CEO, now have the additional challenge and frustration of either managing or restructuring your under-performing board.

Instead of immediately assembling a board of directors, nonprofit leaders should build an advisory board. You will still benefit from your board's experience, networks, and expertise, but will also have time to evaluate the fit of each member.

Myth #3: Focus on grant writing. Eleven years into leading my first venture, I was stumped by the question, "What is your business model?" What I thought of as our business model was in actuality a fundraising model: determine the cost per child, multiply by the number of children to be served, then raise that amount.

A business model is more than knowing your funding needs. A business model strategically links your organization to a consistent, renewable, and sustainable stream of funding. Nonprofits with strong business models must diversify within a stream of funding, and often across multiple streams. Determining your model requires thoughtful analysis to determine the best primary source of funding -- the stream that will provide your organization with the most consistent, renewable, and scalable source of funding. Foundations, where most of us head first, are an important funding source, but, if you want significant scale, they will most likely not be the cornerstone of your business model. 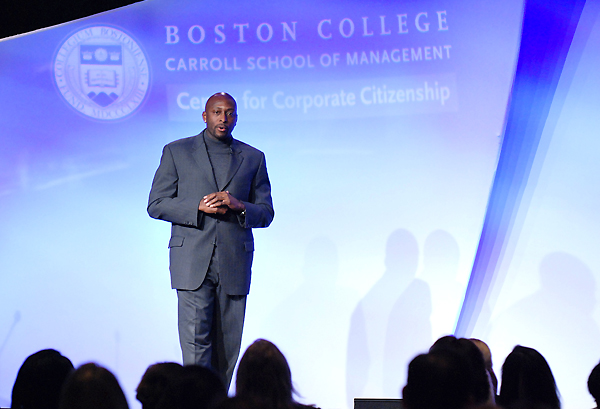 Find your business model, and avoid the other aforementioned pitfalls, and you will exponentially increase your chances of fulfilling your worthy mission.