Trump uses Twitter to taunt, goad, mock, attack, and mislead people. He did this with great success all throughout the GOP primary campaign, and then through the general election. 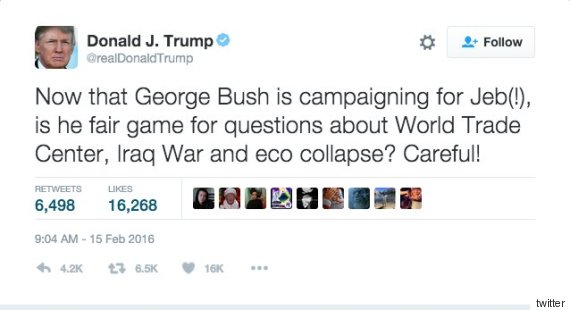 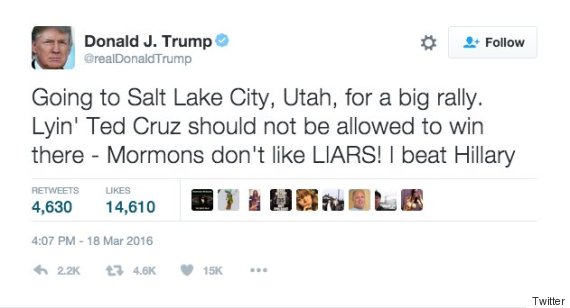 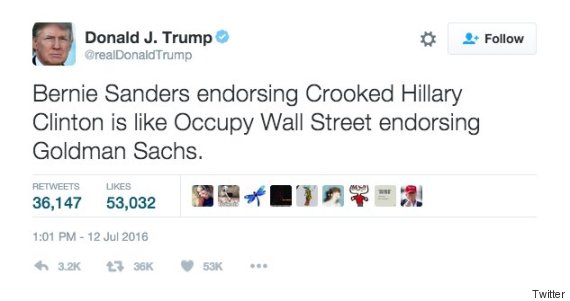 Trump is aware that journalists spend an inordinate amount of time on Twitter, and that his tweets will be instantly picked up by all the typical news outlets; some low-grade, but also the more "sophisticated" highly-esteemed journalists -- everyone will frantically seize upon every crass Trump tweet, and use it to set the "tone" of their coverage for the day. It's all so mind-numbingly predictable at this point.

Journalists who feel they are savvy love to make it seem as though they are aware of Trump's manipulative tactics, but somehow they continue falling victim to them. Maybe they are not as clever as they'd like to believe. They strangely never learn the lessons of their bad Trump coverage, and they allow him to dictate how they perform their jobs, even now.

So here are some tips for dealing with Trump's tweets, which should be obvious after a year and a half of this stuff, but apparently not. (Trump will undoubtedly continue toying with the media in this fashion for the foreseeable future.)

You don't need to share, comment, react to, or write articles about every Trump tweet. Trump will do inflammatory tweets. Some might be in the middle of the night. Everyone knows that he does this. It's not surprising anymore. Therefore, it is not incumbent on the journalist to treat every instance of this as a major news item, just like you are not required to treat every politicians' PR release as a major news item. Journalists should dictate the terms of their coverage, not Trump. When you reflexively react to every Trump tweet, you allow him to set the terms of coverage.

You don't need to treat every Trump tweet as 100% literal. Most of the time Trump is, pardon my French, just "bull-shitting." He muses, he riffs, he does these extemporaneous stream-of-consciousness rants. His core supporters enjoy this, because they see him as allowing them to take part in his weird adventure game. They're along for the ride. So if Trump muses about some nutty idea on Twitter, it doesn't mean that he plans to actually implement this idea in terms of government policy. He could just be trying to get a rise out of people. And it usually works.
You are allowed to simply ignore Trump tweets. This may sound like a novel idea, but you are under no obligation to even pay attention to every Trump tweet. As a journalist, you are allowed to focus on other things.

Recognize that many people find Trump's tweets funny. Trump is an entertainer and he is going to approach the presidency in that spirit. His Twitter account is one tool for "entertaining" the masses. Many people find his little digs, potshots, and whatever else amusing. So, of the millions of people out there in the country who just voted Trump, and who the media are so flabbergasted by, a good portion see a seemingly-incendiary Trump tweet and simply chuckle. They "get" what he is trying to do, and they don't perceive his tweets in alarmist terms.

Hysterically overreacting to every Trump tweet helps Trump. When you treat today's loony Trump tweet as the top news story, you are helping Trump. You are keeping him at the center of attention, which he obviously craves. But you are also defanging yourself, because you are giving yourself over to Trump. You are strengthening his grip over the media, and you are making the media appear helpless and servile. The media seems to be losing agency. They are in a constant Trump mania. Ipso facto, the potency of the media to actually lead effective opposition is waning.

Trump has driven most of the media absolutely insane, so I don't expect anything to change in this regard. The mass hysteria and delusion runs deep; Trump knows just how to capitalize on it. Asking the failed pundit/media class to actually modify their behavior is just a bridge too far.