On one of the first days in January, I sat staring both optimistically and skeptically at a Chinese zodiac website that just one year before accurately predicted the complete destruction of every aspect of my life. This year, it said, would bring a whirlwind of positive change: This site is two for two now.

My 2015 kicked off with a pretty major milestone: I began medically transitioning into a female body. I'd spent all winter debating whether this was the right step for me, but once I finally started hormone replacement therapy, I immediately felt it was the best decision I'd made my entire life. Finally, with the appropriate amount of estrogen flowing through my bloodstream, everything started making sense. Everything except my dating life. 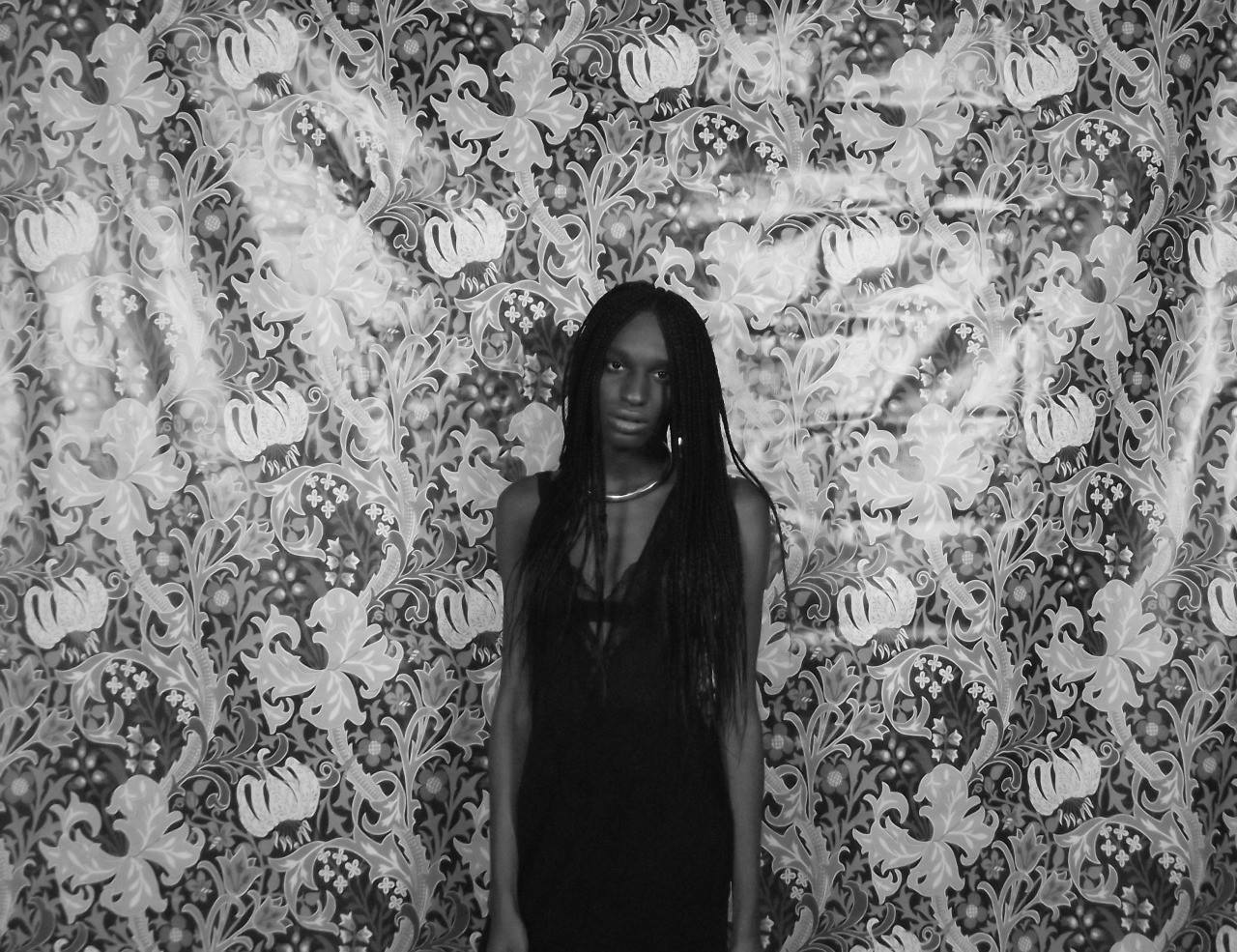 I joined OK Cupid a few years ago to cast a wider net and catch the kinds of people I wasn't meeting through "traditional" avenues. I started on the site as a gender non-conforming gay male and then moved into being a pansexual genderqueer person. Both of those spaces availed me access to the "cool" queer and trans people of whom I wasn't meeting in the three-dimensional world. While not many of my dates turned into anything, at least I had the encouragement that there are cool people who are actually interested in me. Unfortunately, this all changed when I started identifying as a woman. The caliber of people who now talk to me on the site are... problematic at best. Most people who message me now fall into one of these categories: The Ghost, The Gross, and The Saviour. 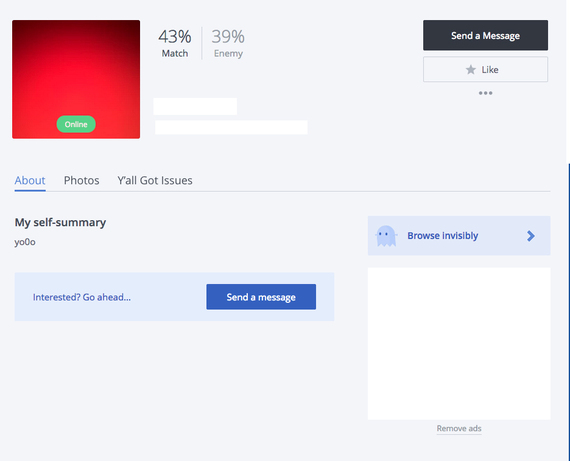 The Ghost is a person who messages you with either a blank profile or no photos of their face and sometimes neither. This lurker will slide into your inbox and hit you with the "Hey, what's up, love?" You tell me what's up, Casper? Some actually try holding a conversation, even asking to meet up with me, all from a blank profile. Before identifying as a woman, I was never, ever messaged by a ghost. Now, a ghost messages me at least once a day. This is upsetting and offensive because I know that it stems from transphobia.

It promotes the idea that being attracted to a trans women is embarrassing -- that it's something to be ashamed of. Straight men who are attracted to trans women are often wrongfully depicted as gay men "in denial." This is scary for them because we all know that to be gay is the ultimate wrecking ball to the fragile sandcastle that is male masculinity. The Ghost doesn't want to have any "incriminating" information connecting them to an account where they're flirting with trans women. I once had a person message me and say "I can send you photos of my face if you give me your email address." This behavior is damaging to us because it reinforces the concept that trans people are undesirable, despite the fact that trans women are some of the most in demand people in sex work. Worrying about whether anyone would be attracted to me was a constant thought when I began embracing my transness. To a degree, it still is a constant thought. This brings me to my next culprit.

The Gross is the person who gets way too sexual in the first few messages and is often uncomfortably focused on the genitals they presume you have. The above screen grabs are real first messages I received from three different people. The Gross is always trying to hookup. They let you know this from the beginning. Some are straight forward and others use suggestive language like Mr. "Who yu stay with love?" did. However we all know what they're looking for. The gross will more likely have photos, and they sometimes fill out their profiles, but they're still awful nonetheless. They're conflicting for me in that they debunk the fallacy that no one is sexually attracted to me, but they also disregard my humanity.

The Gross archetype was birthed out of the depiction of trans women as not only undesirable, but also hypersexual as well. We have years of only showing trans women in media through images of prostitutes, "traps" or cross dressers, as well as transphobic porn to thank for this. This combination makes cisgender people believe that if they're attracted to a trans woman, they can never be public about it and also that we're not the kind of people you enter a committed relationship with. Now, I don't mind casual hookups, but damn, ask me out for a drink first. Shit, ask me my name first. 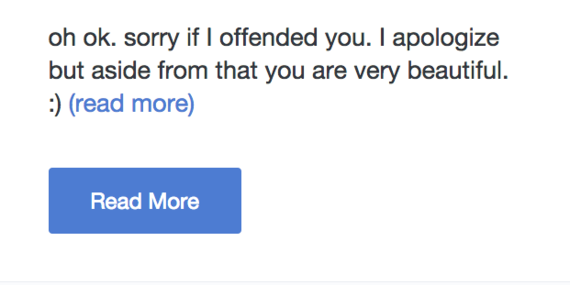 The Saviour is a more subtle transgressor because they are very close to being someone who is worth my time. They have comprehensive profiles and they aren't ashamed of publicly dating trans women. That's a good start. However, The Saviour's problem is that they think they deserve an award because they have audacity to date a trans person publicly. The Saviour boasts a little too proudly about how "open-minded" they are but their actions prove otherwise. They see themselves as allies and believe that because they are allies and lovers of trans people, that they are incapable of cissexist behavior. I once had a person get annoyed with me because I told them the term "tranny" is offensive. Their response:

"I've dated lots of trans girls who didn't care if I called them a tranny. Whatever, it's not big deal, I said you were beautiful."

Seriously. I wish I still had the message to do a screenshot.

The Saviours of the world need to understand a few things. 1.) I'm cute. Don't deny it, you already told me that. 2.) Don't act like you're doing me some huge favor by being attracted to me. I'm quite alright by myself. I'd never sacrifice my self-respect just so someone can hold my hand in Washington Square Park. 3.) Please listen to trans people (and any group you aren't a part of) when they tell you what language is inappropriate in reference to their lives. You don't become an ally just by association: you have to listen to the needs of the people you claim to respect and not dismiss us when it becomes "too complicated."

Dating in general is always a nerve-wracking experience without the added element of being trans. My OKCupid transition has been a bit of a rocky one, but I haven't given up hope! I know there are great humans out there. Hopefully they'll read this and make the conscious decision to not be awful. If not for me, do it for humanity.