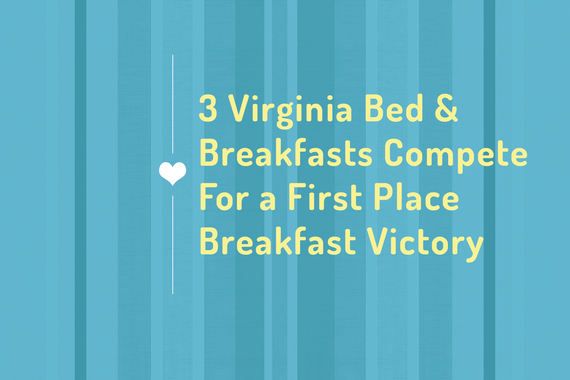 Can a vegan cover a Southern-style cooking contest and do it justice? Read on to find out!

When the Bed & Breakfast Association of Virginia asked me to cover the breakfast cooking contest at their annual #StayVA2016 Conference in February, I couldn't have been more thrilled! It was absolutely delightful to spend an early morning in the presence of three wonderful cooks who continue to innovate and inspire breakfast dishes for the guests who visit their inns.

The theme for this year's cooking contest focused on local ingredients. I originally thought this would be quite hard, considering the end of February is not exactly the right growing conditions for fresh produce in Virginia! However, I learned rather quickly that the bed & breakfasts who participated in this contest use a variety of local ingredients that extend far beyond produce. 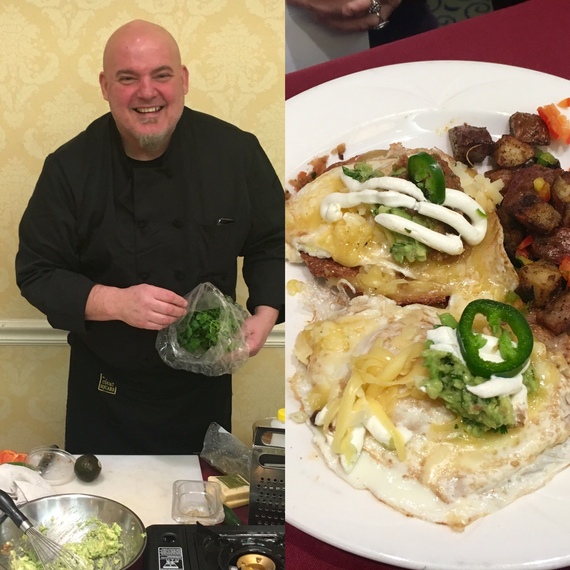 Jim is the chef at the Inn at Court Square in Charlottesville, Virginia. Jim got his start in the restaurant business at The Inn at Little Washington and Four and Twenty Blackbirds, where he worked with two of the best chefs in the world. He learned patience, kindness, and a good attitude, as well as how to pursue excellence. After many years of traveling and cooking on cruise ships, Jim decided it was time to stay close to his mom, and he was brought in as the chef for the Inn at Court Square. Jim is passionate about food and continues to explore new possibilities in cuisine at the Inn. His upcoming projects include revitalizing the lunch menu by adding new dishes, holding monthly wine dinners, and running private parties and special events at the Inn.

Jim took First Place in this year's cooking contest, due to his use of bold flavors and creative culinary combinations. His locally-inspired menu included:

A word from Jim: " I chose the dish because it has always been one of my favorites, and I liked the idea of using Virginia stone ground cornmeal to make the fresh tortillas." 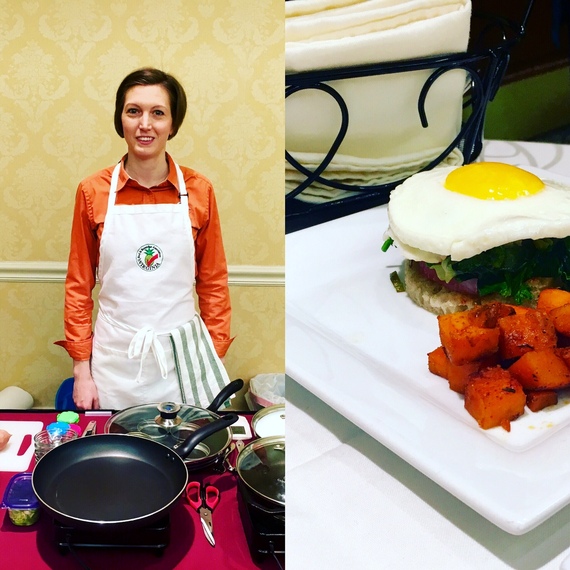 Rachael is the innkeeper and owner (alongside her husband, Jonathan) at Waypoint House B&B in Berryville, Virginia. Rachel's contest dish was influenced through her research for new breakfast recipes and a favorite childhood author. She came across several different recipes for greens with eggs, which made her think of the Dr. Seuss book, Green Eggs and Ham. It was then that she decided to cook up a play on words with the dish and incorporate ham into the ingredients. Rachael is very fortunate to live in an area that has abundant farm markets throughout the growing season, and even a few markets are open year round, making it quite easy to source local ingredients throughout the year.

Rachael took Second Place in this year's cooking contest. Her sauteed leeks and greens on top of homemade English muffin bread were a huge hit. Her locally-inspired dish included:

A word from Rachael: "The sweet potato hash was brought in as a side for the dish because Billy was featuring them at his store, and I knew the bright orange color would be a nice compliment to the greens." 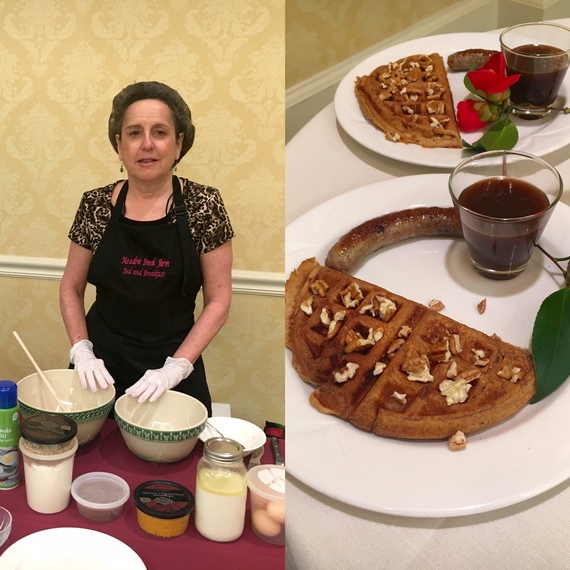 Debbie is an innkeeper, as well as owner (alongside her husband, Allen) of Meadowbrook Farm Bed & Breakfast in Suffolk, Virginia. The couple converted their family home into a B&B after retiring from their civil engineering careers. After 35 years of being engineers, they wanted to do something completely different and share their farm with others. Agricultural activities at Meadowbrook include raising chickens, grazing black angus cattle in the pasture, an extensive vegetable and fruit garden, fruit trees, and pecan trees.

Debbie took Third Place in this year's cooking contest. The combination of pecan and butternut, paired with the apple butter syrup made for a delicious sweet treat. Her locally-inspired dish included:

A word from Debbie: "This recipe was created by substituting the squash in a pumpkin recipe. Last year, due to rain, our pumpkins did not produce well; however, we had an over-abundance of butternut squash, which is easy to bake, mash, and freeze. The recipe is creative and maximizes the use of local ingredients available at this time of year."

It was fascinating to watch the contestants prepare their dishes and speak with such passion about their dishes and locally-sourced ingredients. I was impressed by the number of bed and breakfast owners at the conference who have partnered with local farms, dairies, and butchers. I guess when breakfast is a part of your business's name--you better make the experience one to remember!

Want to whip up some of the recipes for your next breakfast or brunch gathering? The chefs have happily shared their recipes for you to enjoy. (And...yes, I'll be modifying them to create delicious, vegan versions!)