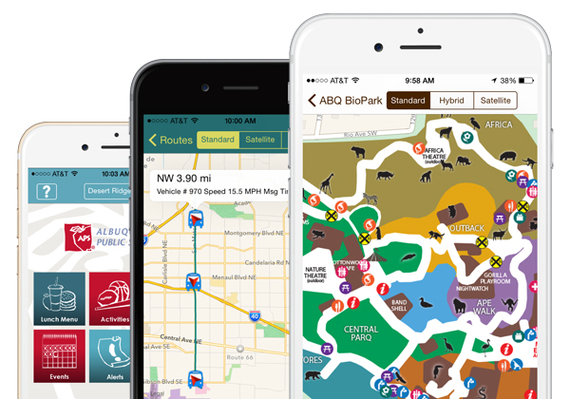 As initiatives go, Open Data is still in its infancy, with most early-adopters only two or three years out from the release of their first data sets. As the CEO of APPCityLife, a civic tech company supporting the delivery of those data sets into useful civic mobile apps and tools, I've had the privilege of being a part of the Open Data movement from those early days and have learned a bit about what has worked well for some of our early clients. Here are three reasons I believe that every city with an open data initiative should be producing and supporting official mobile apps from some of their own open data feeds. 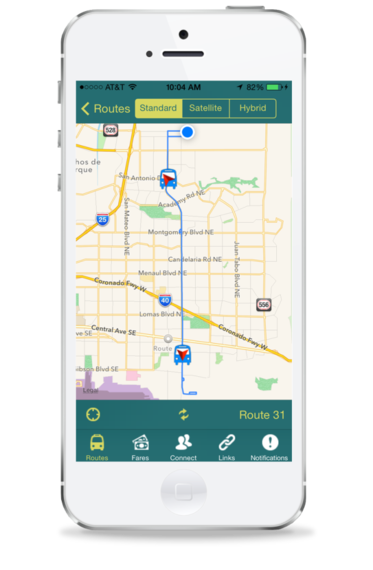 As an early adopter, a major concern of the city's administration was ensuring the open data produced would be consumable and useful to the public. The decision was made to release a flagship mobile app which would not only showcase the opportunities available to developers through the city's new initiative but also vet the mobile-friendly formatting through the partnership with our team to develop the city's flagship open data mobile app. The city's Applications Development Manager, Mark Leech, was tasked with structuring the open data initiative by fostering collaboration from multiple agencies within the city to launch several data sets, including one of the nation's first real time transit tracking data feeds. While the city's open data team worked on the production and delivery of the data sets, the transit team worked with the University of New Mexico's IT department to develop a mobile website and with our team to produce a mobile app - all consuming the same open data feed being readied for release to the public. Working with public and private entities to develop a website and an app from the same data ensured that the city's new data would easily feed into other locally developed and national transit apps and websites.

And while it might seem like vetting data feeds for web and mobile viability would be an obvious strategy, it isn't always. Despite a growing number of companies who are helping cities tool up for smart innovations including open data, such as Cisco, Accela, Socrata and Junar, the dearth of accepted global standards has resulted in each company and agency developing unique standards. Far too often, especially when agencies release data independently, data is released in the easiest way possible (which is rarely the best way possible). To counteract the crazy-making of constantly writing new API's to address each uniquely formed open data feed integrated into our platform, our engineers developed a unique open data server which converts data feeds on the fly into consumable mobile format. It has solved the problem of normalizing data for our own clients, but the industry is still in flux with no easy resolution in sight.

The obvious long term answer is global standards governing open data, but the roadblocks sometimes seem insurmountable. Imagine being tasked with bringing to the table all of the major global players delivering a similar set of data such as restaurant inspections. While it may have seemed like a straightforward task to Yelp, Socrata, and other major players who came together last year to create a global format for delivering that single set of data to the public, news stories a year after the announcement indicate that creating the seamless standard will not be an easy or straightforward task. Not only do cities use a variety of rating systems which will make it challenging to integrate into a single reporting format, but many cities are still delivering their restaurant inspection data in the form of PDF's, not at all mobile-consumable, if they are releasing the data at all. The push for a global standard will require major accommodations and expense to convert to a standard global reporting system. And when you consider the challenges faced with this single data set and extrapolate it out into the plethora of data being delivered by myriad agencies within thousands of cities across the globe, and one begins to grasp the level of difficulty ahead to create global standards for open data.

Our early involvement in open data has made us keenly aware of the challenges faced by developers who want access to data feeds for creative, innovative projects. One of the most expedient ways cities can help foster this creativity and innovation within the private sector is to produce data that is, at the very least, easily consumed in mobile format. And by producing official mobile apps from some of their own data sets, cities can ensure delivery into the private sector is seamless. 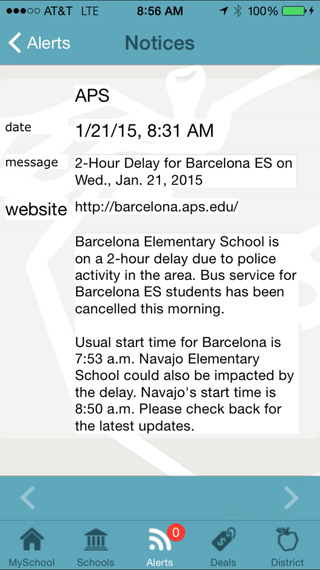 One of the most valuable lessons I've learned from our civic clients is their need to protect reputation and public trust. And while most of our clients have readily expressed their excitement upon discovering new apps and websites consuming their open data, they are also very careful to verify that the developers and companies using that data have not violated trademarks or made claims about affiliation with that agency. Because of the high level of scrutiny and governance faced by most agencies, having official channels of communication is often a must. By producing official mobile channels, agencies can provide on-the-go, instant information which their constituents can trust as accurate and reliable. One of our first experiences with this approach has been through collaboration with our client, Albuquerque Public Schools (APS).

Almost a year ago, the Washington Post reported that there had been 74 school shootings in 2014 alone. And a January, 2014, article in the New York Times described school lockdowns as having become so ordinary as to now be the new fire drill. With school communications teams grappling with such highly emotionally charged issues such as these, it becomes vital that the team find ways to control not only the messages being delivered to staff, parents, students and community, but to also find ways to provide information instantly in order to better manage emergency situations as they unfold.

It was with this specific goal in mind that we worked with the communications department within APS to develop the school's official mobile app. Because of the sensitive nature of the data surrounding the housing and education of minors, open data wasn't a viable option for the school. Instead, we were able to integrate open data such as maps with internal data feeds from the public school's website to produce seamless, fingertip access to school information and messages. The school's communication team now delivers push notices either district wide to all users or to the select devices which have opted in to receive push messages for a particular school. In this manner, the school can send official, trusted information directly into the hands of those individuals who need to receive it - and do so in real time.

One of the unexpected benefits of developing branded apps within a city, one that might have been missed had it not been for the careful tracking of data by the City of Albuquerque's transit team, was the significant cost savings to the department. While the city incurred costs to develop and sustain the real time tracking data as well as to support their official mobile app, the agency also realized significant savings through the drop in far more expensive phone calls coming in to the city's 311 system. Instead of using their cell phones to call an operator to find out where a bus was, riders were empowered through the release of the official mobile app to discover independently the location of the bus along their route. And because the transit department's communications team sent filtered push notices to riders who had opted in to receive information about a specific route, riders were alerted in real time to accidents, road conditions or other mitigating factors which might delay or change the service along a specific route. Not only has the city announced significant savings through the release of the transit real-time open data but an increase in ridership as well.

Not every open data feed that is released is useful as an app, but when cities deliver official mobile apps from those data feeds where it can provide better access to information by users of civic services, the results can be invaluable far beyond convenience.