On July 4, 1976, I clutched my father's hand as we watched Archibald Willard's iconic painting The Spirit of '76 come alive at the Bicentennial Day Parade in Washington, DC. As the three revolutionary war patriots playing drums and a fife marched carrying the American flag (in Willard's painting the flag is in the background), I cheerily sang the "Yankee Doodle" nursery rhyme. My father proudly explained to me that we were celebrating America's 200th birthday. Despite the recent shadow of Watergate, the atmosphere on Constitution Avenue was brimming with hope and possibility. 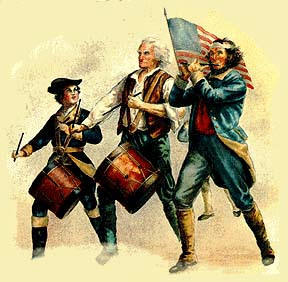 That evening (and for every July 4th for as long as I could remember), my family gathered at the Lincoln Memorial for the annual fireworks display. Each year my siblings and I planned our red, white and blue outfits, while Mom prepared a picnic dinner of our favorite Indian foods. After settling on a grassy knoll for our picnic, my father and I would walk around the Reflecting Pool enjoying and marveling at the scenes of people from all walks of life, races and nationalities around us. It felt like a massive, communal picnic celebrating America's freedom and diversity.

America At A Crossroads

America in 2016 is standing at a unique precipice. On one hand, the Supremes are singing "Love is Love is Love" and ruling in favor of marriage equality. Our first African-American president just endorsed the first female presidential nominee of a major party. On the other hand, the presumptive Republican presidential nominee has tapped into a nativist fear of the other, scapegoating Muslims and Mexicans. Despite our increasing diversity as a people (and perhaps in a backlash to it) we're confronted with near daily violent incidents borne out of homophobia, misogyny and racism.

This week, before Americans could process the callus horror of the Stanford rape case, we were hit with the deadliest massacre on American soil. One out of three people at Pulse, a LGBTQ nightclub in Orlando was either killed or wounded. 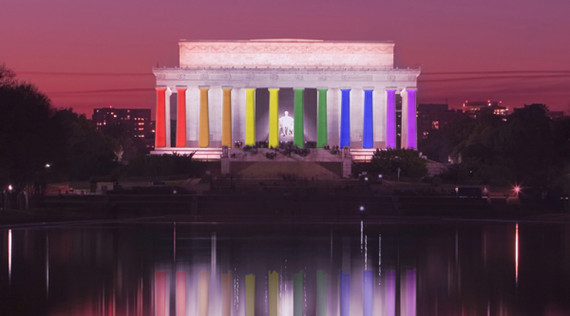 What Kind of Country Do We Want?

Two thousand sixteen is more than an election year, it's a critical moment for Americans as we chart the future trajectory of our country and decide: What kind of country do we want? If we want a safe, peaceful country that continues to model democracy and egalitarianism for the rest of the world, then we need to take steps to ensure that happens.

1) Increase Gun Control. Since when is it okay for a terrorist suspect to legally purchase firearms as the shooter did in Orlando? According to a 2016 study that surveyed 292 incidents of mass shootings, 90 of them occurred in America. If we define mass shooting as an incident where four or more people are wounded or killed, then America has witnessed 137 mass shootings in the first 165 days of this year (I'm including Tuesday's downtown Oakland shooting). At more than 300 million guns, America has more guns per capita than any Western nation. We have more stores selling guns, than we do grocery stores. Despite the Donald's recent press conference spluttering, 94 percent of terrorist attacks in the U.S. from 1980 to 2005 were carried out by non-Muslims.

A recent national Public Policy Polling survey of gun owners finds overwhelming support for background checks. According to the survey, gun owners believe the NRA is "out of touch with them on these issues, and many believe the organization has lost its way altogether." Despite the battle lines drawn in Congress, this poll shows support for key gun violence prevention policies, even among gun owners.

2) Provide A Multi-Religious, Multicultural Education. We live in a heterogeneous and connected new world. It's time we learned about the neighbor living in the house next door to us and about the co-worker sharing the cubicle next to us. Religious fanaticism occurs when one believes there's only path to heaven and a particular religion alone holds the exclusive passport to get there.

We have seen in numerous instances around the world that these attacks are carried out by youngsters, who have been brainwashed into this ideology of hatred. To counter this, religious leaders can play a big role in imparting a multi-religious education and an education in peace. There is a need to bring a shift from the idea of "sole ownership of heaven" to an ideology of "many paths to one goal." Diversity is an essential characteristic of our planet and it through an education that honors its diversity that children can grow into responsible global citizens.

When we take the time to learn about different traditions and listen to each other's life stories, we start seeing the unity amidst diversity. Raising children with knowledge about other religious traditions, cultures and lifestyles helps them have a broader vision about life.

3) Nurture Human Values. As you watched the injured victims being carried out of Pulse Nightclub, did your eyes also fill with tears? While we may identify with a particular gender, sexual orientation, race, religion, region and country, we are much more than the sum of all these parts. The sum of all these parts binds us together in a shared humanity. We need to return to the values that are common to our human experience--compassion, love, acceptance, kindness, generosity and so on.

Every tragedy creates heroes. The Orlando shooting is no different, men and women took care of lovers, family members and strangers risking and, at times, sacrificing their own lives. I was a child when an Air Florida Flight crashed into a bridge over the Potomac River during a snowstorm killing 78 people in 1982. As I watched the live television coverage, I was riveted to a man who kept refusing aid as he passed the rescue rope to other victims. Arland Dean Williams saved five people before succumbing to the icy river.

When children hear stories of bravery, they're reminded that goodness trumps evil. Love will always triumph over hate. As Nelson Mandela said, "No one is born hating another person because of the color of his skin, or his background, or his religion. People must learn to hate, and if they can learn to hate, they can be taught to love, for love comes more naturally to the human heart than its opposite."

In 2016, let's resolve to make the world a more peaceful place. Let's nurture human values in society and correct our own biases and prejudices. Let this week's heinous attack remind us to love not hate. Let's learn to celebrate not begrudgingly tolerate difference. Let's tear down our imaginary walls and usher in an era of hope and possibility.