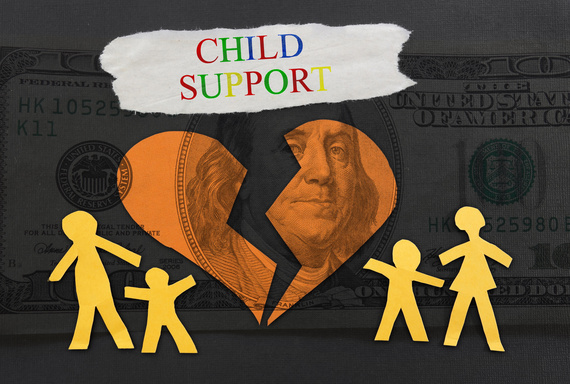 Ideally, the child support system should ensure all the financial necessities needed to raise a child are covered, with both parents providing fair and adequate contributions.

However, time and time again the system fails in this regard. In fact, because of a number of outdated gender biases that still pervade family courts, the system often does just the opposite.

As a law firm that has fought to protect the rights of men and fathers for more than 25 years, our Cordell & Cordell attorneys regularly work with dads who have fallen behind on their support payments despite their best efforts. These are fathers who sincerely love their children more than anything and do everything within their power to provide for them but who have fallen into an unending cycle of debt and arrears because of a system that unfairly punishes non-custodial parents.

Here are three ways in which this counterproductive system rips families apart.

Completing payments is an arduous task for many parents because 29 percent of the families in the child support system live below the federal poverty line.

Should a parent face a professional setback, matters get even worse because child support does not stop during unemployment. For many, this is when debt starts to snowball and it soon becomes impossible to catch up.

In extreme cases, a parent can be incarcerated for failing to make payments if a court determines they are capable of finding a meaningful job. This is a worst-case scenario as arrears continue racking up while the individual is imprisoned.

Many judges hold a cynical attitude when it comes to enforcing child support. Their notion is once a parent who is "unable" to pay child support is faced with a prison sentence, the money will suddenly appear.

That is sometimes the case but not necessarily because the parent was hiding the money. Friends and family often come to the rescue and incur a financial hardship they did not do anything to deserve.

Incidentally, debtor prisons were founded on this same assumption and that is not a system we want to emulate.

The system doesn't acknowledge the economic realities of divorce

Most states use a formula to calculate child support that is founded on the policy goal of preserving an identical standard of living for the child that would have existed if the parents' marriage had not dissolved.

Of course, providing as much financial support as possible for the child is ideal and something both parents should strive for. But the fact is divorce generates economic hardships that make maintaining the exact quality of life impossible for many families.

After divorce there are two households supported by the same combined income, and in most cases the non-custodial parent -- typically the father -- is shouldered with the additional financial burden.

The system overemphasizes financial contributions while devaluing other support

The child support system places a tremendous emphasis on providing financial support for a child. While monetary contributions are necessary, there are other important ways parents can contribute to a child's upbringing that the system fails to take into account.

The deadbeat dad myth is still prevalent in society, but research shows that even the poorest fathers typically try to find other ways to help raise their children.

Again, financial support is crucial, but so is having an involved father as that plays a critical role in the healthy development of children.

Child support debt often drives a wedge between families and pushes dads out of their children's lives to the detriment of the entire family -- a fact New York Times blogger Kimberly Seals Allers acknowledged when she forgave her ex-husband of nearly $40,000 in arrears.

One of the most common gender misconceptions that still exist is the idea that mothers are solely responsible for raising children while dads play the role of breadwinner. That line of thinking is clearly antiquated as women continue making professional strides and fathers are spending more time performing child-raising tasks than ever.

It is obvious a major overhaul of the system is necessary, and truly fixing many of these issues will likely take years. However, there could be a glimmer of optimism in a new plan to establish a system that is more rehabilitative than punitive.

New regulations that would go into effect by 2017 that, among other things, would allocate $35 million to "modernize the child support system and provide job training, job placement, bus fare, and other services to fathers facing prosecution for nonpayment."

Several states are currently participating in a five-year federal pilot program that follows a similar model. The data concerning the program's effectiveness is drawn from an extremely small sample, but early returns have been positive as many of the participants have found full-time employment and resumed making payments.

The policy faces opposition from those wary of placing the burden of children's welfare on taxpayers. But hopefully this is, at the very least, the start of a long overdue conversation that will lead to meaningful reform.

More:
incomedivorcefinancesUnemploymentchild support
Newsletter Sign Up
A weekly guide to improving all of the relationships in your life
Subscribe to HuffPost’s relationships email
Successfully Subscribed!
Realness delivered to your inbox