Empowerment remains a common theme throughout my life. I learned to be independent at a very early age and knew by age 15 that I was in control of my own destiny.

For a while, I was in search of meaning and passion, questioning everything along the way. So I continued to do just that, and I zeroed in on a problem in the real world: shopping. Why is shopping so unbelievably primitive and fragmented? Why is finding products and stores I love so difficult? Why can't I follow all my favorite stores, products and people whose style I like in one place?

I knew this was a problem worth solving and wanted to build a solution. I had no resources or money, no degree in design or technology, and knew nothing about starting a company or raising funding, but I empowered myself to go after this thing regardless. 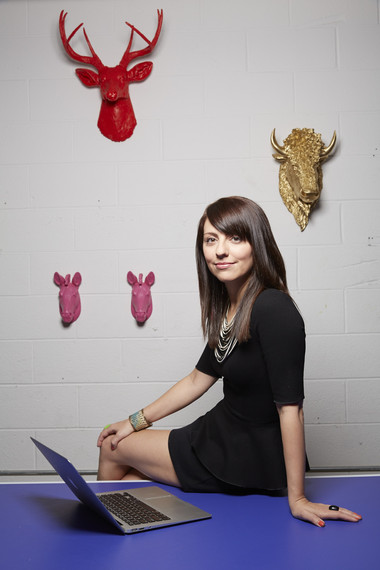 Here are three ways to empower yourself as an entrepreneur and build something you love:

1) Surround yourself with the right people.

Great things come from being in touch with amazing people. People will surprise you, open new opportunities, and result in mind-blowing conversations and experiences.

My father was the first empowering person in my life. He always encouraged me to think bigger, even as a child, and I was brought up with the idea that there was no ceiling for what I could accomplish. I knew from a young age that I didn't need to have an average job. I was in a position to find something bigger -- something that was magical, fun and something that I'd work on for the rest of my life.

When you attempt to build something, you will find yourself surrounded with all sorts advice and advisors. Everyone will have something to say and some of these people will sound very certain. So how do you know whose advice to take seriously? It's pretty simple, listen to the people who make you feel empowered.

Many people have the perception that you have to be granted power, when in reality, you just have to claim it.

Power isn't limited to the possession or command over others. Power is the currency of making $%!^ happen.

A few years ago I hired someone to work for me, and when she proposed her ideal role, she gave herself a junior title. What she didn't realize was that she had set an artificial ceiling for herself, simply because she didn't feel comfortable aiming higher.

Yes, claiming additional responsibility can be intimidating and scary, but ultimately you have to realize that there is no single authority that will remove this uncertainty for you. Learn to embrace the uncertainty along with the power. Find your voice and empower yourself.

3) Remember that the future hasn't happened yet.

People often act as though the future has already happened because of experiences in the past. We assume that because something happened one way before, it will be that way again in the future. This is a dangerous assumption because your vision of the future is limited and entirely based on the past.

Instead, it is much more powerful to create the future from scratch. Disregard the past, but learn from it.

When I first started fundraising, I was rejected about 40 times by investors before finally closing a deal. Even though I was frustrated and there was no reason to believe that Wanelo would succeed, I didn't treat any single rejection as truth. The magnitude of my belief in the problem and in the corresponding opportunity and the irrational desire to see it happen kept me going.

Treat the future like it hasn't happened and you have an open field to create. To me, Wanelo is about creating my future out of nothing and empowering myself to build something I love and something that has unlimited potential. Several years after having the initial idea, it's really amazing to see Wanelo now used by millions of addicted shoppers. And we're just getting started.