Ever since Trump won a divisive presidential election, the battle lines are being drawn through cabinet selections, protests, the media and internet.

No matter where we turn, on our TVs, social media, and conversations, we are surrounded by political rhetoric.

How are we going to survive with our sanity to work together again and make progress as a nation?

For that matter, how are we going to survive the holidays? Cause, you know, everybody's got friends and relatives that are going to let you know how they feel.

While it's pointless to argue over fixed beliefs, we could instead, connect on deeper concerns.

Many have called for Trump, Hillary, and other leaders to step up and address the division earnestly.

We're not here to wait for leaders to dictate how we live our lives.

Reframing our own attitude and intent is the start of creating the change we want to see.

So here are 3 ways we can heal the divides, for our own sanity and the sanity of this nation.

This is not some airy-fairy zone out of everything post.

So let's acknowledge the problems from a greater perspective.

First, the politicians or media are not paying you, are they? So why would your mind and voice be owned to repeat anyone else's rhetoric?

It's time to step back and think on your own again without those voices in your head.

For a moment, step out of attachment from a particular candidate or cause and see what's going on from both sides.

Understand, whenever you have people who feel disenfranchised, eventually you're going to have reactions. So far as people feel unheard, those reactions get louder and more aggressive. It's that simple, really.

In America these days, those on many sides of the political spectrum feel disenfranchised.

We've got to acknowledge the resentment of the silent majority in rural and industrial towns who voted for Trump to overthrow politics as usual - which was just not working for them, their jobs, or their security.

But it need not be at the hate and expense of women and minorities who really share the same concern for income equality and basic life security.

See, we have the same concerns for equality, security, and opportunity coming through different voices.

I wonder if you can recognize that we're fighting for the same basic needs from opposing sides. When we could rally around the same core issues - equality, security, opportunity.

Those core challenges are worth tackling together.

2) Connect With People Not Media 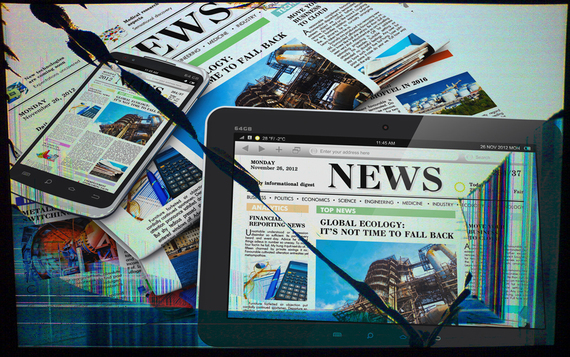 While it's certainly important to know what's going on in this crazy world, sometimes we can get over-saturated with updates.

Regardless if it's click-bait or fake news circulating social media, at least they got you to read and share. The advertisers thank you for your support.

While tragedies make headlines, what gets lost are stories of people helping people. These just don't rile up clicks like what Trump, Hillary, or the political pundits spin.

Just remember, regardless of political opinions, most people are still good and helpful. At least you are, right?

In New York City, you can't avoid different cultures and if you need directions, most anyone will help you out regardless of cultural backgrounds.

Listen, I grew up in the south, where if you got stuck on the road with a blown-out tire or needed a car battery charged, someone, perhaps in a pickup truck, would surely stop to help out even if they had radically different political opinions.

If we can get out of fear and resentment, back to those good ol' days of looking out for people, that's what would really "make America great again."

Perhaps sometimes it's good to take our noses out of media devices, and go out to have a conversation with friends. Heck, have conversations with people who may have different opinions. That's what holiday parties, cafés and bars are good for.

Let's just leave the argument-spinning to politicians and newsroom entertainers.

When we're not defending their agendas, we can get back to listening to each other again.

Sharing stories and concerns amiably, my friends, is how America is won back by the people.

3) Stand Up for People Not Politics

Since Trump won office, there's been a rise of bullying behavior from both sides.

The signs of hate are on the walls, along with a spike of harassment toward minorities, Trump trolls getting un-flitered on social media, and school children chanting, "build the wall" to Latino students.

As my friend would say, 'ya'll done lost your mind?' You gotta keep that mind, cause you gonna need it for a few years.

Ultimately hateful talk or actions do nothing but polarize people deeper to defend their own opinions.

Of course there's anxiousness. If hate and bullying doesn't have you concerned, something's terribly wrong.

But there are more effective ways to get things done in this country.

One way to turn this around is to work in favor Of something rather than to hate something. Be a champion for people, for humanity, not against certain people.

There's a story about a guy who stood up to bank robbers. Even though he got shot 11 times, he managed to pull people out to safety. When asked why he did that over saving his own life, he simply responded, "It's what we do." He did not ask people he was saving about their opinions first. He just rescued people.

By standing up for each other, we overcome bullies on either side, simply because, 'It's what we do.'

Now Trump made a lot of promises to the working class for improving employment, building infrastructure and income equality. 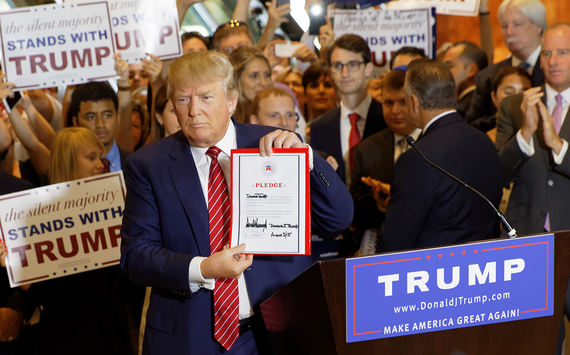 If we can shake our heads out of blind acceptance, it behooves liberals and conservatives alike to monitor the situation and see how those promises hold up, to speak up for people when needed, to petition and peacefully protest when required.

We hired the political leaders into office. Let's ensure they work for us and we don't work for them.

At the core we the people are really fighting for the same basic needs - equality, security, and opportunity. We may have different opinions and approaches, but that fundamental understanding can open up a more collaborative dialog.

We don't need to be sucking up to political leaders, with their own power games and agendas, or regurgitating media headlines to make a case.

Your children could care less what political leaders have to say. But they do care what you have to teach them through your words and actions.

Regardless of politics, we can collaborate within our diversity for a greater America.

Perhaps that's the silver lining - getting woke up so we find our strength together.

If it resonates, please share this so we can get more productive conversations started.

Find the original article at: 3 Ways to Heal a Divided Trump America | Find more to be part of the change at: AwakeFree.com