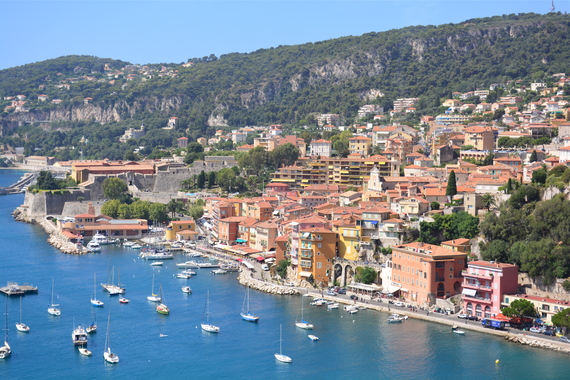 My husband and I have always loved traveling together. Who knew that backpacking through Europe on a dime is an excellent way to test pre-marital compatibility! Letting go of inhibitions and germaphobia were key when we shared a couchette (sleeping train compartment) with strangers from Paris to Nice, a bathroom with other broke young twenty-somethings in Venice and ate street food on a budget no matter the gastric consequences... Cramming into our tiny New York City apartment in relative peace after we got married was luxurious by comparison.

We vowed to continue traveling with the same fervor once we had kids, but breastpumps, diaper bags, car seats and strollers weighed down our roadshow. I still cringe at the chaos we left in our wake when hurrying to make plane connections and knocking a few people over while balancing a stroller, diaper bag and car-seat. Passengers stared as we boarded the plane and audiby sighed with relief when we walked past their quiet seats, taking our circus to the back, far behind sane humanity.

When my babies were no longer toddlers, I discovered (much to my dismay and naivete) that even potty-trained, able-bodied children, didn't aspire to run themselves ragged in foreign places. Apparently "grown-up" museums, sidewalk cafes, and lots of walking and people-watching don't appeal to kids. Their appreciation for cultural differences was nowhere to be found: What? We're not taking our car? No T.V. in English?! What do you mean we have to share a bed? I only want chicken nuggets and apple juice!

Why spend that kind of dough on a trip that would be less than appreciated by the involuntary participants and inflict torture on the parents? So we modified (lots of active ski vacations and Disney ad nauseum) and planted seeds hoping our kids would catch the travel bug eventually. It took a while, and they finally did, but teens have travel challenges as well. Here are three ways that help us to maximize the joy of traveling with our teens:

"Doesn't traveling on a train from country to country sound fun?" I asked. My kids rolled their eyes and said, "No way. Send us to grandma so we can swim in her pool and eat the mac-and-cheese you barely ever let us have."

As they began to delve deeper into world history in school, their desire to travel to the places they learned about grew. We wanted them to see the world and we wanted to see it through their eyes. We wanted to expose them to other cultures and norms. We recognize that we're incredibly fortunate and grateful to be able to do it - so we wanted them to be ready, grateful and appreciative of the opportunity, too.

The more they want to go, the more cooperative and appreciative they are on the trip. It's a win-win. 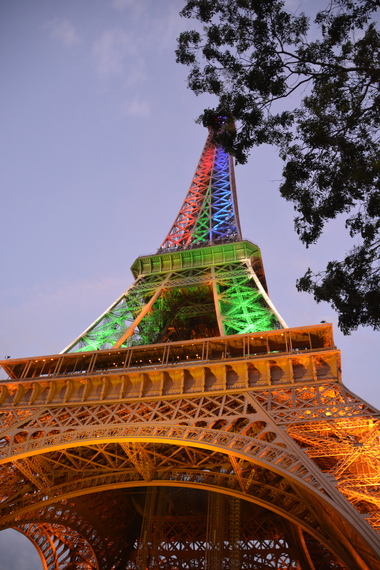 2. Involve them in the planning.

We involve our kids with research and planning so they feel invested in the outcome. Typically we negotiate the destination as a family (we subliminally control this process) and send them off to investigate individually, and come up with a joint must-see list. We have found that attitude and demeanor drastically improve when they're doing what "they want to do."

Both my teens put Monet's Garden in Giverny and Versailles on their Paris wish-list. Both sights are located outside Paris and involve long lines even with tickets purchased in advance. We know this from experience, but this was "their" trip - not ours. While my husband and I were livid at the throngs of flesh crushing Monet's flowers, my kids were thrilled and unfazed. This was on their travel bucket-list and they were grateful and happy.

Similarly, at a recent visit to the Colosseum where the temperature soared well above 100 humid degrees, my kids were undeterred. I didn't hear a single complaint (except the constant stream under my own sweaty breath). Again, this was on their researched wish-list and they were both grateful to be there and forge ahead.

It's incredible how immune they can be to weather conditions when doing something they want to do. After a particularly long day in southern Israel under the scorching Mediterranean sun, I suggested skipping the nighttime jeep tour into the desert. "Are you crazy?" They gasped, eyes wide with shock. I must be...

Get them heavily invested and watch them drag you around. For me, there's no greater joy. 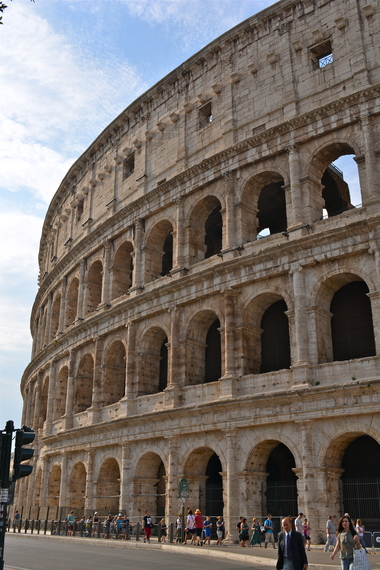 3. Don't completely deprive them of WiFi.

I love finding out that internet service will be sketchy at best during parts of a trip. I'm actually overcome with relief. As a mom and freelance writer, I'm connected to my devices 24/7. The prospect of radio-silence is highly appealing to me (as long as I can get daily updates from my doggy-sitter). I relish the idea of my phone acting as nothing but a camera for two weeks, but for my teens, it's not that easy. I've considered issuing a moratorium on their cellular crack during family vacations, but realize that part of their joy comes from sharing with their friends in real time. If composing a Snapchat story makes climbing to the top of a medieval village more enjoyable, why not? I know that many will disagree, but it doesn't seem to interfere with our family time, so we've let this one go. 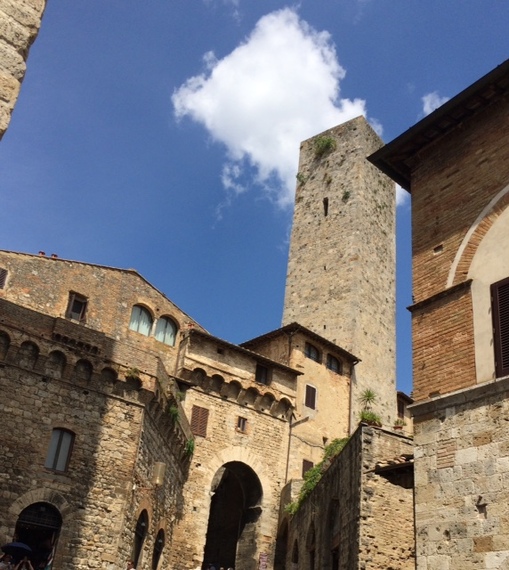 Even the best laid plans have glitches. Before embarking on any trip, my husband warns us that issues will arise and we must go with the flow (I'm pretty sure he's talking to me). Glitches run the gamut from airport delays and cancellations to arguments between teens over prime bathroom time (and sometimes the entire hotel floor becomes privy to this vocal part of the show). But going with the right attitude and plenty of gratitude, makes for incomparable memories. 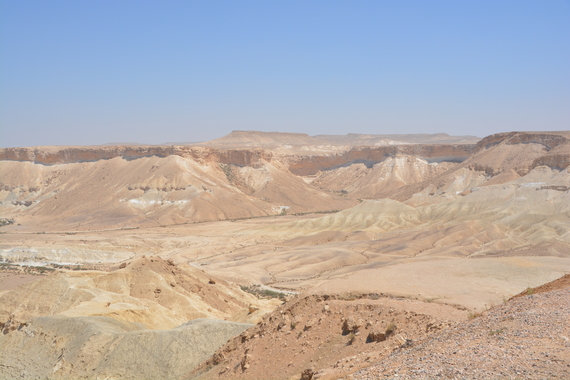