Three years have passed since the Great Japan Earthquake. Though it was lost for a time, the land is surely regaining its color.

In Minamisanriku, in the Miyagi Prefecture, 567 people lost their lives due to the earthquake disaster, and 217 still remain missing to this day. Mr. Nagaaki Sato, who is an underwater photographer and dive shop owner in Minamisanriku, was interviewed on my TV show News Station Sunday. Mr. Sato has been observing the rich sea of Minamisanriku for more than 20 years. There was one specific little fish that caught Mr. Sato's attention called the grunt sculpin. "For me, this fish is like the bluebird that brings happiness. I cannot begin to talk about my diving life without talking about this fish," he said. Mr. Sato opened his dive shop, the Grunt Sculpin, and started underwater photography after a fateful encounter with this small fish.

In June 2011, Mr. Sato dove into the sea he once called home for the first time after the earthquake, and the scenery had completely changed. "There is no color. The world lost its color." The tsunami carried away all the vibrant, colorful fish and the beautiful sands that decorated the sea of Minamisanriku. All that was left was miserable rubble. 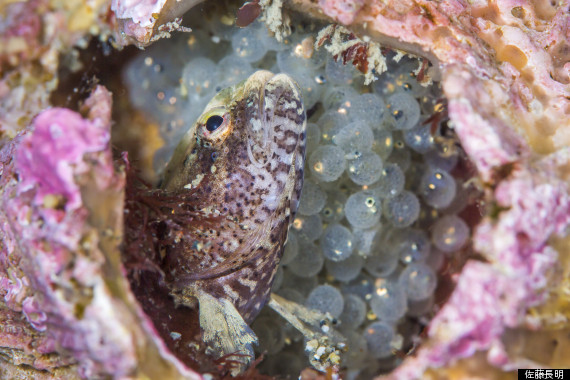 The grunt sculpin, the fish that changed Mr. Sato's life, has also returned to Minamisanriku after three years. "They're still very small. These babies grew up in this ocean after the disaster. I'm proud that they grew to this size. (speaking to the fish) You're so lively! You're swimming so fast!" 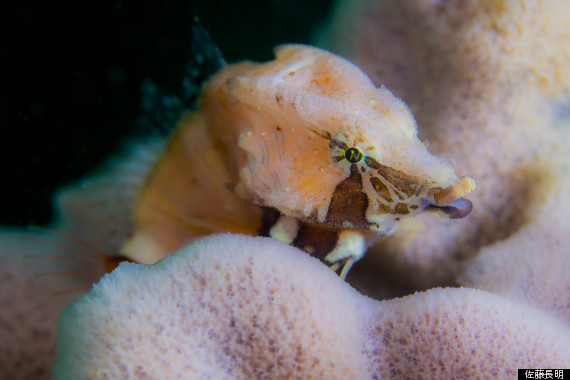 Nature is desperately trying to survive and return to its original state. The animals disappeared when they lost their ecosystem, but now, after three years of struggling to rebuild it, they are starting to recover their way of life.

Now, reflecting on the city and the people who were affected by the disaster, we look at what has changed in the past three years. Since HuffPost Japan launched in May of last year, this is our first annual commemoration of the events on 3/11. During this difficult time, we want to speak to the people who are currently working at the Fukushima Daiichi nuclear power plant. What has changed in the last three years, and what hasn't? Do we have any understanding of what is happening at the plant or the risks involved in their work environment? We also want to understand their feelings toward the upcoming Olympics in 2020. And we will continue reporting about the hard-working employees' daily life and also people who have been supporting those workers during the last three years.

We have received numerous comments and blog posts regarding the third year anniversary of the earthquake from people in a variety of industries such as government, journalism, entertainment, and many others. We want to thank you for taking your time to contribute and showing your support. And we want you to know that HuffPost Japan will continue to visit the actual locations of the devastation to interview people when we write about the tragedy, so that we never forget its consequences.

Correction: An earlier version of this post incorrectly stated the number of victims as seven. It is actually 567.

Correction: An earlier version of this post incorrectly stated the name of the photographer as Sato Chomei. It has been changed to Nagaaki Sato.

This post was translated from Japanese and was originally published on HuffPost Japan.