Confession is good for the soul, they say. Confession sets you free.

Well, I confess I have been extraordinarily unreasonable lately, and that I am, in fact, ruining my children's lives. 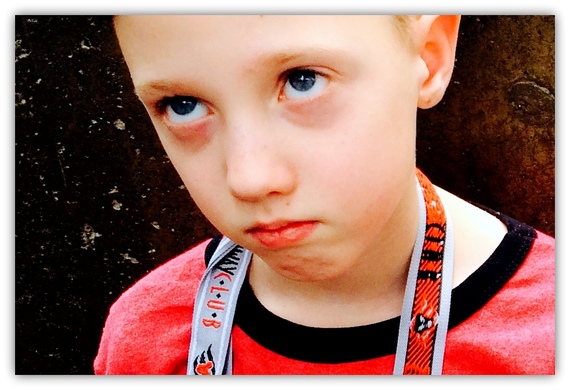 Fortunately, it turns out I do not suck alone, because children everywhere are suffering. Here, as a way to honor the victims of our collective madness, are:

In conclusion, we parents are horrible people out to irrevocably wreck the lives of small people around us. And we should be ashamed.

Beth Woolsey is the writer and humorist behind the Five Kids Is A Lot of Kids blog. Beth is described by readers as "optimistic, authentic, poignant and laugh-out-loud funny, [capturing] the mom experience with all its pathos and humor."

Writer, humorist at the Five Kids Is A Lot of Kids blog, bethwoolsey.com