I have always been captivated by the 1985 movie Mask. It is based on the true story of a boy named Roy Lee "Rocky" Dennis who had a disfiguring facial deformity called craniodiaphyseal dysplasia, also known as lionitis.

The Academy Award-winning film centers around the relationship between Rocky (Eric Stoltz) and his single mother Rusty (Cher), and what it's like to be a young teen with a birth defect.

When you're a child born with a birth defect, whether it's severe like Rocky's or not, there are three things you learn early in life.:

I know this because I have a condition called microtia. I was born without my right ear, and my right jaw was underdeveloped.

Dealing With the Physical Issues

In the movie Mask, Rocky seems to enjoy going to the hospital. The medical staff are kind, the doctor knows his special handshake, and everyone tries to make his necessary check-ups as cheerful as possible.

I had similar experiences. From the time I was five until I was nine years old, I underwent several surgeries. 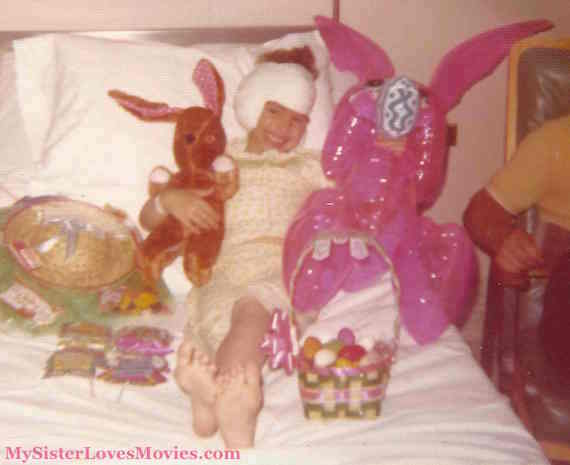 On the morning of one of my surgeries, I remember a kind orderly who was assigned to wheel me, swallowed up in my big hospital bed, to the operating room.

While my mom stood with tears in her eyes, waving to me as the elevator doors closed, the orderly immediately started chatting away. On the ride, he said silly things to make me laugh so I wouldn't be scared. It worked, and I arrived at the operating room smiling.

Given his disfiguring condition, it's no surprise that Rocky was the butt of jokes, was pointed at, and was confused for someone with a learning disability. He could not hide his face, and had to live with whatever reaction people had towards him.

Although my condition wasn't nearly as bad as Rocky's, I still had a smile that was significantly crooked, and I was deaf on my right side -- two things I couldn't hide the way I could by growing my hair long enough to cover my missing ear.

When the school kids bitterly poked fun at me I would come home and sob to my mother. Like Rusty, my mom sympathized but wasn't going to let me feel sorry for myself. She told me to buck-up because I needed to learn that life wasn't always easy.

More often though, I found that the other children were just plain curious.

When I would go to school with a bandage on my head, looking like a casualty of war, the kids were eager to know what was going on.

To appease their curiosity, I would lift my bandage and show them my under-construction ear. It usually garnered one of two responses. From the girls I would hear, "Ew" or "Gross". But from the boys I would get a resounding, "Neat!"

As a mother myself now, I realize that telling me to be strong must have been hard for my mom, but she was in it with me.

Like Cher's character, Rusty, life was tough for my mom. She was single and poor when I was young. We often had to take long bus rides across town to get to my many appointments. Then sometimes she would be forced to leave me alone at the hospital so that she could go to work. Harder still, she couldn't take away the pain I would endure.

I specifically recall that every time I was admitted to the hospital, I was given a shot first thing. At those times, my mom and the nurse would instruct me to look away and sing a song while I was being injected.

Do you know what song you remember when you're under pressure? "Jingle Bells".

When it came time to be stuck with a needle, my mom would always sing the Christmas song with me.

Rocky's mom was also with him every step of the way. Rusty relieved his headaches when he was in pain, listened when he was given bad news by the doctor, and watched helplessly as others stared at him.

How Things Are Now

Today, I have a reconstructed ear and a straightened jaw, but I am still deaf on my right side. Though my ear doesn't look completely normal it's hard to notice anything is different, unless I wear my hair up.

Neither of my children had birth defects, but I'll admit to holding my breath when I was having their ultrasounds done.

Not long ago, I had a mother notice my ear and ask me about my condition. Her young toddler also had microtia, and I was happy to talk to her about my experience.

When I bent down to show her son my reconstructed ear, the little boy came over and looked at it curiously. Then he gently pressed his bad ear to my bad ear. It was like an Eskimo kiss for people born without ears!

I am grateful for all of the work that was done to repair my birth defect, and for my mom who helped me get through it.

I'm also grateful for wonderful biopics like Mask that give us a glimpse into other people's lives, both the good and the bad, and serve to inspire us. Cher and Stoltz were nominated for Golden Globes and, along with other notable actors including Sam Elliot and Laura Dern, made the film a memorable one.

Thankfully, my condition was never life-threatening like Rocky's. It was challenging along the way, but that only served to make me stronger. For that reason, I will always consider my birth defect a gift.

More:
healthy livingbirth defectsCherLaura DernMovie
Newsletter Sign Up
The Morning Email
Wake up to the day's most important news.
Successfully Subscribed!
Realness delivered to your inbox