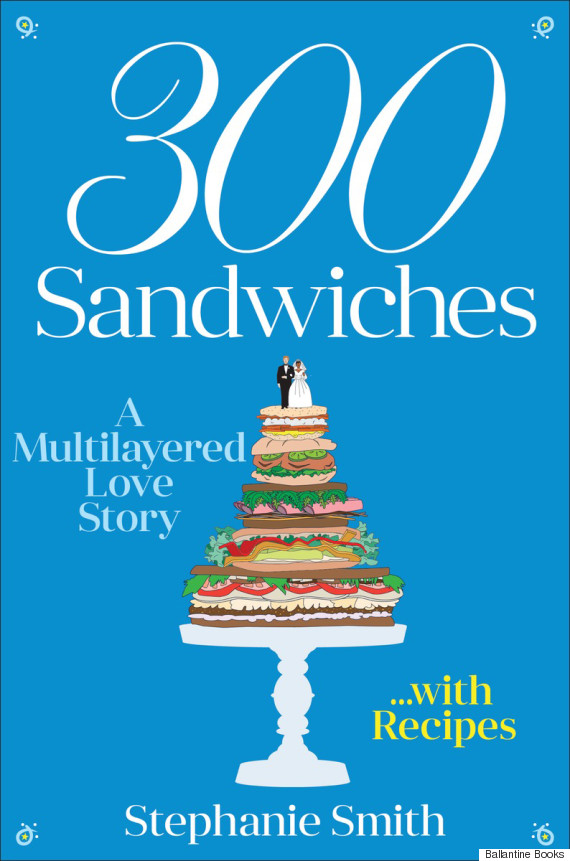 Sandwiches don't get enough love these days, and by love, I mean books written exclusively about sandwiches. 300 Sandwiches, by Stephanie Smith, isn't quite that, but it's pretty close -- and after her blog (upon which the book is based) caused a media firestorm (of the fun, gossipy variety) last year, I was doubly excited to take a huge, crusty bite. And once I started, I just couldn't stop cramming my metaphorical mouth with the juicy, if slightly unhealthy, goodness of this literary equivalent of junk food. Let's break it down.

What is this book?

It’s a book about sandwiches, and the many delectable forms they come in. It’s also a book about crepes, burritos, steamed buns, and other non-sandwich foods, which are perplexingly labeled as sandwiches. This is a book of lies. 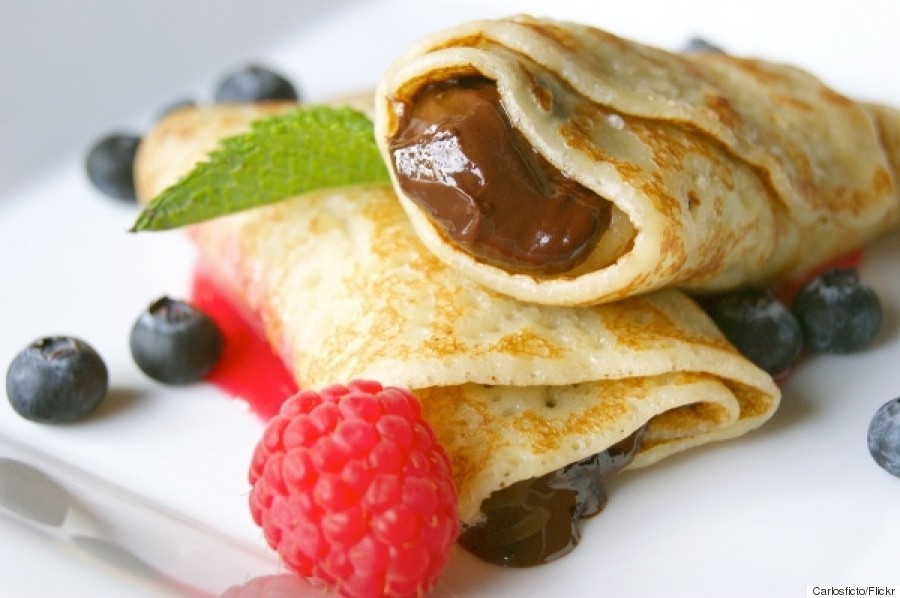 This looks delicious and is not a sandwich.

Remember a while ago, when everyone was upset at some woman for telling girls to only marry Ivy League graduates? Well, it’s not about her. Sorry, my bad. But remember later that year, when everyone was abuzz about some lady who was making 300 sandwiches in exchange for an engagement ring? She worked for Page Six during the day, and roasted brisket to fill her man’s breadbaskets at night? It IS about her (Stephanie Smith), her now-fiancé (E) and the unbridled feminist empowerment that fueled their food-for-bling bargain.

Stephanie is just a devil-may-care city gal, working a glam job as a reporter for Page Six, kicking it with celebs by day and kicking it with even more celebs by night. But one day she meets a man she claims looks just like Alexander Skarsgård (risky claim to make about your boyfriend in a public forum, but go on) at a bar. He makes her wear a bikini on their first date, and they fall in love over toothsome meals he cooks for her.

BUT SOMETHING ISN’T RIGHT. Because even though E cooks like he’s the lovechild of Alexander Skarsgård and Mario Batali, Stephanie doesn’t, and therefore their relationship can never be fair. You see, if a woman makes dinner, she should feel grateful if her boyfriend does the dishes. If a man makes dinner, his girlfriend should realize that doing the dishes is such an inadequate form of repayment for his edible work of genius that she must make him sausage out of her own blood to thank him.

Stephanie knows she should be cooking for him, because her mom made her dad gourmet turkey sandwiches on demand throughout their entire marriage, and that’s why they remained happily married. So she makes E a turkey sandwich. And then 299 more! Again, even though E is an excellent cook. Once upon a time, they would host parties and he would cook while she looked after the guests, but we all know a woman belongs in the kitchen -- so she begins hosting sandwich parties. Problem solved; gender norms restored. 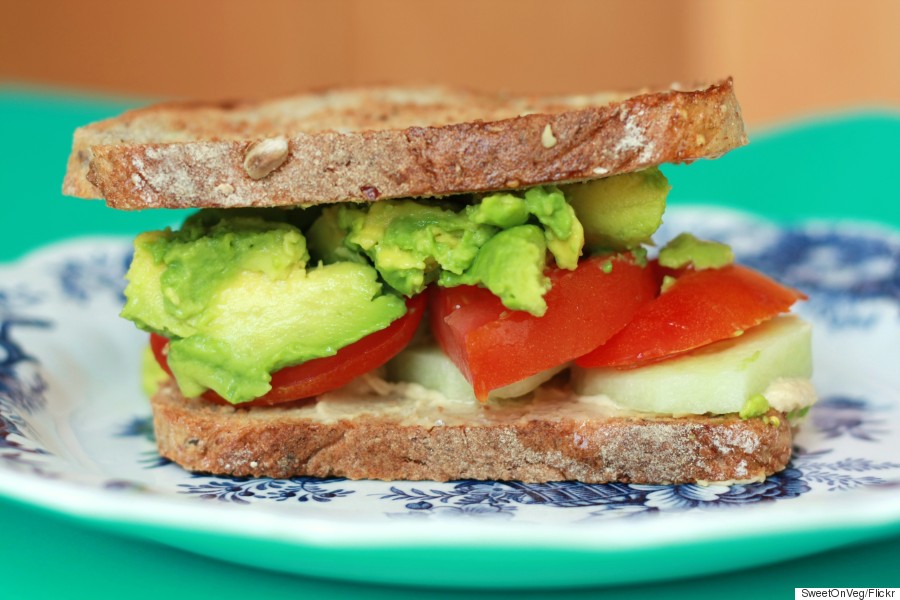 This is just someone's sandwich from Flickr, but it looks good.

Some very awful and tragic things happen along the way -- Stephanie’s father falls very ill and dies, and she herself experiences a scare in the form of a breast lump -- but the need to make 300 sandwiches so she can get married remains.

Stephanie’s blog about her 300-sandwiches-to-proposal challenge earns her a feature in The New York Post (her employer), sparking somehow-unforeseen feminist backlash -- but the drive to make 300 sandwiches and get married remains.

E takes Stephanie snowboarding and kitesurfing and makes her duck confit you couldn’t buy at the finest restaurants in NYC, but -- you guessed it -- no sandwiches, no proposal.

Eventually, somehow, she gets engaged, locking herself into a lifetime of trying to prove her worthiness to her future husband and children through sandwich craft.

What about the recipes though?

I do not know if they work, because I refuse to put effort into a sandwich that takes more time to assemble than an Ikea bookcase. But reading them resulted in some uncomfortable public drooling that my boyfriend probably could have gone without seeing. Someone should try them and report back to me, preferably with samples for me to taste. 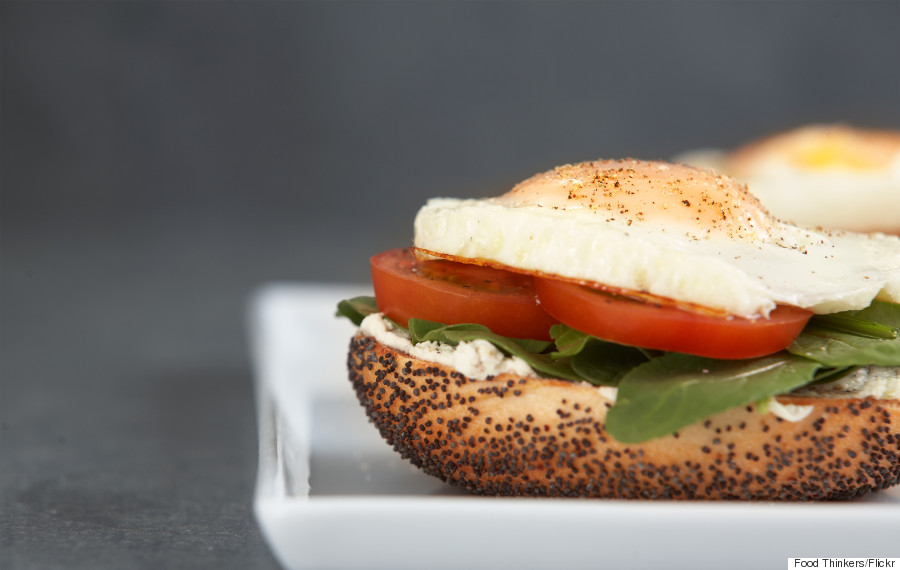 What is the best part of this book?

Sammy recipes. Do not read while hungry.

What is the worst part of this book?

Though a professional writer, Smith betrays an amateurish discomfort with the memoir form through hilariously inappropriate word choices that really keep the reader guessing. To wit:

Did Stephanie’s friend place a substantial bet that she would be eating all of the sandwiches? Does Stephanie need to eat all of the sandwiches to save her friend from otherwise certain death? Probably one of those things, or else I can’t imagine the choice of the word “warned” here. Writers, "said" is your friend. Use it as much as you need.

Most abused words: “coo” and “moan,” the former of which is once used twice within a page, and the latter of which is frequently used in a totally nonsexual context. Bonus twofer example: “You could hear the low moans of customers cooing over the shiny pieces as the light danced over the stones.” Yes, this is from a description of a jewelry store. Presumably a jewelry store with a light S&M theme.

She also pens sentences like, “We all spoke in excited conversation.” Read with a red pen to vent your feelings of frustration through vigorous marginalia and editorial markings.

What is the best worst part of this book?

There’s something compulsively readable about this memoir/recipe book/relationship guide/feminist manifesto. Probably the fact that it tries to be all of those things but only really succeeds at one (presuming those sandwich recipes work?), while the others sort of cancel each other out, leaving an oblivious, self-righteous mess.

First of all, she bristles at the insinuation that her 300-sandwiches-to-ring deal is anti-feminist, pointing out that her boyfriend does loads of cooking and it was an inside joke we simply don’t get because we don’t understand humor. That, or she isn’t a talented humorist, as I kept waiting for the punchlines to this thigh-slapper, and it seems like no one else caught them either. It’s funny because ... it’s true that women should make men sandwiches? That can’t be it. Stephanie: You can't just say "But here's the thing, I'm really funny." Execution matters.

Next, she loads the book up with pseudo-expertise about how maternal (and wifely) devotion must be conveyed through food. If you don’t send a good sandwich to school with your child, he will not feel loved. That is true. Seriously though, send a Lunchable; sandwiches haven't made children feel loved since the 1980s.

When a woman cooks for her family, she has the power to take care of herself, nurture her body, feed her family. She can make herself more fertile, ward against cancer, provide energy for a workout, or simply satisfy a sweet tooth. She can help her husband lower his cholesterol or prep for a big day at the office. She has the power to satisfy his hunger, his lust, his cravings. And how do you expect your children to survive if you don’t know how to make chicken noodle soup that’s not out of a can? They can’t live on peanut butter and jelly alone.

See, she’s not taking one step backward for feminism! She just thinks that it’s a woman’s job to make sure the children have edible food and her husband isn't coating his arteries in plaque, even though her partner is A GOURMET COOK. It would be great if the dude could provide nourishment for his family, but it’s simply not how families work. Plus, if she doesn’t spend her life in the kitchen, her kids will probably die due to overdoses of peanut butter. (Side note: My boyfriend’s mom doesn’t have measuring spoons in her house, but she does have a devoted husband, two totally alive sons, and the ability to convey love without making cookies.) 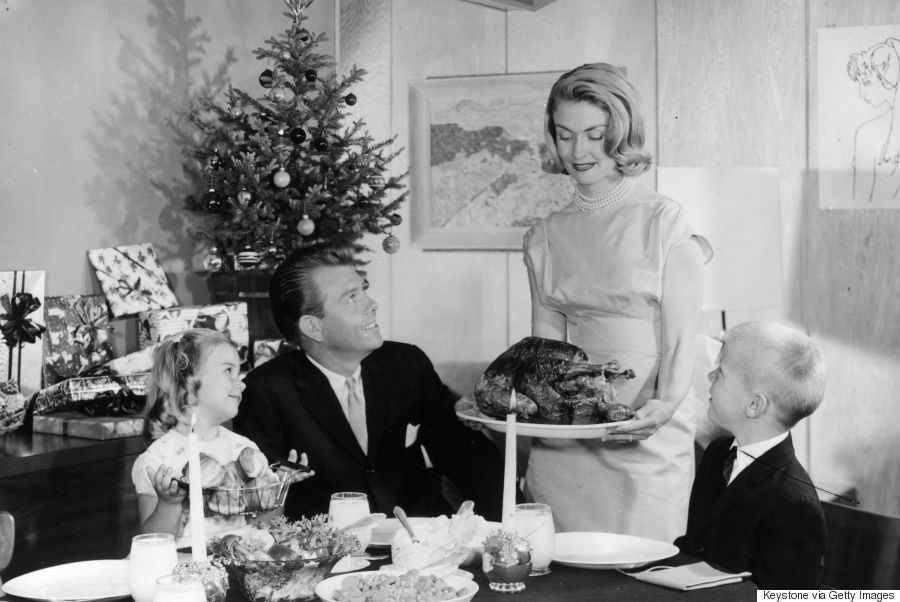 That family looks so healthy. Must be the sandwiches.

While working a full-time job, spending 100 percent of her free time making sandwiches for her boyfriend, and generally being a responsible adult, she realizes that she's done the cruelest thing possible to E -- she hasn't pole danced for him in MONTHS, like, if ever. Fortunately she castigates herself for not being sexy enough while making him sandwiches and gets herself to a sexiness class. Relationship saved, feminism-style.

Finally, she insists the sandwiches were a fun challenge, a way to grow closer to E, an empowering moment of one-upmanship -- not a way to manipulate him into marriage. But then she spends the second half of the book complaining that she needs to speed up her sandwich production to get him to propose faster, fretting that he won’t want to propose the minute she’s done making sandwiches, and summarily going off birth control without telling him (??) so they can just start their family. (She does, apparently, give this plan up after she mentions it to E and notes his horror.)

The delectable flaw in 300 Sandwiches is its premise: While Stephanie wants to convince us she’s a strong, feminist woman who took on a fun challenge to grow closer to her partner and better at cooking, the central conflict of the book is her desperate need to finish making sandwiches as soon as possible so she can get a huge rock, get married and have babies. These two concepts are diametrically opposed. Watching her try, like F. Scott Fitzgerald, to hold those two opposing thoughts simultaneously -- and convince her readers of both of them! -- is the best worst fun you’ll have while thinking about sandwiches.

The best fun you'll have while thinking about sandwiches is probably eating eggnog French toast sandwiches (recipe #210), so someone please get on that, and invite me over for brunch. I will show my womanly appreciation by bringing mimosas.

The Most Used Cookbooks