Yang Junxi was washing his hands in the Laozhoulin River, in China's eastern coastal Jiangsu province, when the 11-year-old felt something weird under the water -- a battered bronze sword that turned out to be 3,000 years old. 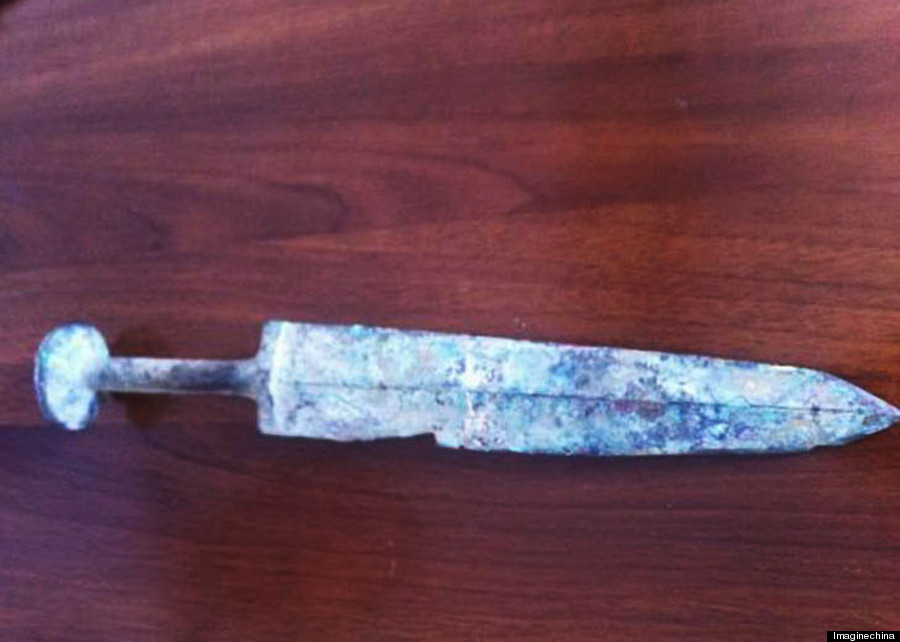 Junxi showed the 10-inch weapon to his father, and the pair decided to send it to the county's relics bureau -- which provided the estimate of the sword's age.

"Some people even offered high prices to buy the sword," Yang told Chinese news agency Xinhua. "But I felt it would be illegal to sell the relic."

Archaeologists at the bureau traced the weapon back to China's Shang and Zhou dynasties, which spanned from 1600 B.C to 256 B.C.

"The short sword seems a status symbol of a civil official," Lyu Zhiwei, head of the bureau's cultural relics office, told Xinhua. "It has both decorative and practical functions, but is not in the shape of sword for military officers."

According to Xinhua, the sword is the second ancient artifact to be discovered recently in the region, and authorities say they plan to conduct an archaeological dig in the areas surrounding the river.