St. Patrick's Day is upon us -- our annual opportunity to pay respect to the patron saint of Ireland. And to honor this man, we Americans use the day as an excuse to embrace otherwise offensive stereotypes like decking ourselves out in green and drinking our weight in emerald beer, not to mention co-opting an entire culture in the name of revelry (USA! USA!). Chances are that even if you loathe it, you're going out for St. Patrick's Day. And when you do, you're almost guaranteed to see these 31 people. Keep an eye on Erin. 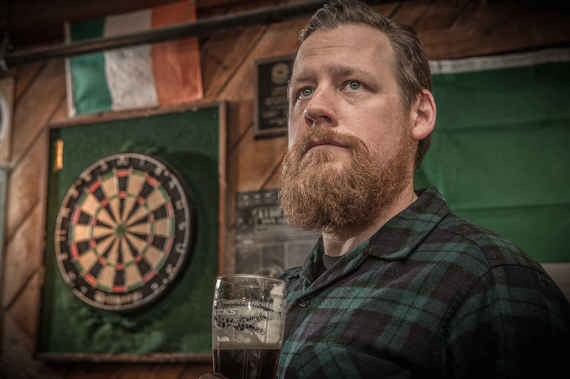 The Actual Irish Dude
He would've been at this bar anyway, and is genuinely cool with people co-opting his culture on St. Patrick's Day. Mainly because everybody buys him a beer because he has a red beard. But also, for pride.

The Dude Critiquing Guinness Pours
There are 600 people in here, so you'll have to pardon him if the cascade is off, or if the shamrock stamp isn't as pretty as the one your barista put on your Irish cream latte this morning.

The Glitterati
She's covered from hair to pinky toe in green spray-on glitter, and so too shall be some (lucky?) dude at the end of the night. She looks like the unfortunate product of a tryst between a Twilight vampire and She-Hulk. But less hot.

The Proud DJ
His "Shamrock-ed Megamix" includes a mashup of "Shipping Up to Boston" and "Jump Around" that sneaks in three lines of Boondock Saints dialogue before the beat even drops! He is ON IT.

Your Dad Who Went Out for Smokes 17 Years Ago and Never Came Back
Papa? 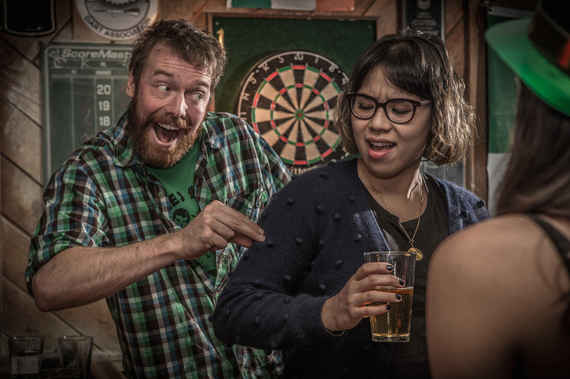 The Pincher
Like a sniper, he bears down on anyone not wearing green and pinches them. He's been drinking for a while, mainly because HR reprimanded him earlier in the day. He came here alone, and will leave that way too.

The Non-Participant
She refuses to wear any green, yet still decided to go out to the bar tonight because all her friends forced her to. She's been drinking for a while, mainly because HR reprimanded her for punching the Pincher in the genitals earlier in the day.

The Winking "Irish" Hipster
Although participating in anything so co-opted by the mainstream is usually unthinkable, it isn't if you do it ironically! So he's just kidding about his Dollar Store Irish buttons and perfectly distressed vintage James Joyce tee, and also kidding about the green beer he's drinking, and the fun he's having, and, well, actually it's kind of nihilistic and sad.

The Ruddy-Faced Irish Endurance Drinker
He's been here since the bar opened. Hell, he might have been here since it closed last night. And somehow, despite all laws of physics and human anatomy, he is stone sober. He can prove it by quoting Yeats -- but only if you buy him another double.

The Fake Fightin' Irishwoman
She claims that she went to Notre Dame, and once made out with the leprechaun who runs out onto the field during games. But she actually just went to St. Mary's, and once "experimented" with one of the Belles. Either way, it was a magical sophomore year. 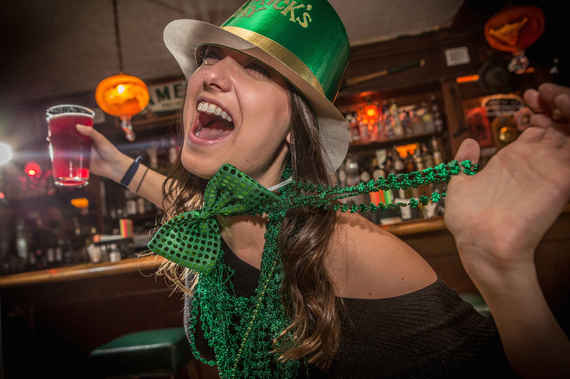 Your Friend From Boston
He can't stop complaining about how he wishes he was in Southie, because Southie really knows how to do St. Paddy's right, and you all drink like a bunch of pansies. Eventually, he simultaneously wins and loses a fight... with himself.

Your Friend From Chicago
He can't stop complaining about how he wishes he was in Chicago, because Chicago really knows how to do St. Paddy's right, and you all drink like a bunch of pansies. He has told you about how they dye the river green seven times, despite your frequent insistence that, yes, you have seen The Fugitive. Eventually, he simultaneously wins and loses a fight... with gravity.

Some Poor, Short Bastard
When you're under 5'4" and out on St. Patrick's Day, you're really asking for it when you don't shave that red chinstrap beard.

Shirtless Guy Whose Shamrock Tattoo Is FINALLY Paying Off
Though he still regrets getting it on the small of his back.

Head to Thrillist.com for 16 more types of people you are guaranteed to see out on St. Patrick's Day!

The 21 Best Irish Pubs in America

12 Things You Didn't Know About Guiness