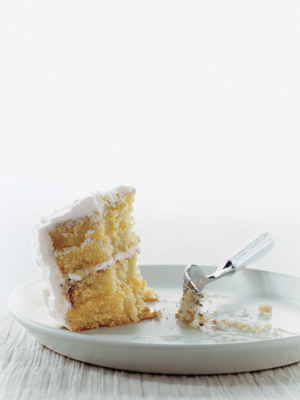 Courtesy of Gourmet/Yanes, Romulo A

Disturbing news for anyone averse to one-day-old, let alone 31-year-old, leftovers: a piece of wedding cake preserved from Princess Diana and Prince Charles's 1981 wedding is being auctioned off next month in Beverly Hills. Tastefully (?), Julien's Auctions, which is also allowing online bidding, is pairing the three-decade-old dessert with a piece of fresher royal cake from Kate Middleton and Prince William's 2011 wedding. Although a press release devastatingly fails to identify the 1981-wedding guest who has been saving his/her cake morsel for 31 years, how said cake has been preserved, what flavor said cake is, and why anyone would want to purchase a thirtysomething piece of cake in the first place, the auction house notes that its dessert lots are the "ultimate in Royal historical memorabilia." Julien's does offer provenance on the Will-and-Kate memento, which "was a very special gift to Submariners, to whom William is Commodore." It's expected to sell for between $600 and $800.