WASHINGTON -- A congressional watchdog on Wednesday provided new details on a $36 million facility in Afghanistan that was regarded as unnecessary by commanders on the ground, and ultimately was never used by the United States. The revelation highlights what's considered one of the biggest wastes of taxpayer funds in the Afghan war, and potentially threatens the confirmation of the next top military officer in the U.S.

The report, from the Special Inspector General for Afghanistan Reconstruction, focuses on the construction of a 64,000 square foot facility at Camp Leatherneck in Helmand Province, Afghanistan. It features jarring photographs of the facility taken on May 8, 2013: Chairs still have plastic shrink-wrapping on them, boxes of supplies stand closed and stacked. And it sheds light on what the inspector general says is a failure at specific command levels in the Army to stop spending money once it was appropriated -- even if the funds were clearly redundant.

The inspector general's report comes a year and a half after the Army's own investigation into the spending absolved a top commander of blame for it. The commander, now-retired Lt. Gen. Peter Vangjel, was identified by both the Army and the inspector general as responsible for greenlighting the spending. Per the investigations, Vangjel instructed that the project continue even after the top Marine commander in the province, along with other generals, had informed the Army that he did not see a need for the $36 million facility.

“Currently, this facility is also listed in the FY 12 OCO emerging requirements . . . . Therefore, cancelling the FY10 project, which has appropriated funds, and reprogramming it for a later year is not prudent.”

General Vangjel’s memorandum did not contain any other basis for rejecting the request to cancel the 64K building, nor did it dispute General Buckler’s prior statement that the building was not required under the “ISAF Campaign Plan, the Afghanistan Basing Strategy and Base Master Plans.”

Mills was the Marine commander, McHale was a support commander for the U.S. Afghan mission and Buckler was the chief of the Afghan mission's engineers. ISAF refers to the International Security Assistance Force, the NATO-led coalition that took charge of Afghanistan's security after the U.S.-led invasion following Sept. 11.

Work on the facility only stopped in April 2013. By that point, it was 98 percent complete, $36 million had already been spent on it, and the commander at the U.S. base where it was being built had again notified his superiors there was no need for it. The base, Camp Leatherneck, has since been handed over to Afghanistan.

The inspector general's report recommends Vangjel face disciplinary action. It then goes a step further and connects the years-old issue to a current political question by suggesting the Army also discipline two military officials who the inspector general argues helped prevent the exposure of the massive waste: Maj. Gen. James Richardson, who conducted the 2013 Army investigation that failed to assign blame, and Col. Norman Allen, a legal adviser to the Obama administration's recently announced nominee for chairman of the Joint Chiefs of Staff, former top Afghanistan commander Gen. Joseph Dunford.

According to the inspector general, Allen shared portions of Richardson's report with Vangjel -- the commander who made the call to continue building the facility even after officers on the ground deemed it unnecessary -- saying that Dunford had "directed [him] to follow-up directly."

"Colonel Allen may have effectively 'coached' General Vangjel, thereby compromising the integrity of the investigation. Rather than simply asking General Vangjel why he thought it was prudent to approve the [$36 million] building, Colonel Allen appears to have provided him with the answer," the inspector general's report reads.

In other emails included in the report, Allen also told Pentagon officials to "slow roll" their responses to the inspector general.

Photographs of the never-used facility taken by officials with the Special Inspector General for Afghanistan Reconstruction on May 9, 2013.

Allen's response to the inspector general, attached to the just-released report, states that he "disagree[s] with the characterization of my communications and actions.

"I take strong exception to allegations that I interfered in the process and demonstrated a lack of integrity or compliance with legal and ethical standards. Many efforts were taken to ensure we got timely and accurate information in order for the commander to take appropriate measures."

He is declining to comment beyond that response, according to ABC News.

The Pentagon has declined to take disciplinary action against Allen or the two other officers the inspector general recommends it act against, according to a Feb. 9 Pentagon response to the report provided by the inspector general. The Defense Department says it has already reviewed all three officers' actions.

The report, based on interviews with senior Pentagon personnel and a review of thousands of Pentagon documents, is causing a stir on Capitol Hill. Sen. Claire McCaskill (D-Mo.), a Senate Armed Services Committee member who has focused on uncovering waste in Afghanistan, called the facility "one of the most outrageous, deliberate, and wasteful misuses of taxpayer dollars in Afghanistan we’ve ever seen."

McCaskill added, in a statement provided to HuffPost, that she would support efforts to hold the three officers accountable as the inspector general suggested.

Dunford, who is not directly implicated by the report, will need to be confirmed by the Senate before he can take up his new position as the chief military official in the country. It appeared Wednesday that Allen's behavior could become an issue around the time of Dunford's confirmation hearing, which could come next month.

The inspector general for Afghanistan has uncovered scores of examples of U.S. waste there as part of his congressionally mandated mission. However, his office at times has had tension with federal agencies it accuses of mismanaging taxpayer dollars, and has seen its capacity to monitor the massive U.S. investment in Afghanistan shrink as the American footprint there diminishes. President Barack Obama has promised to fully end the U.S. mission there by the end of 2016 -- even as worries grow about the Afghan army's ability to face off the Taliban insurgency and other extremist groups on its own. 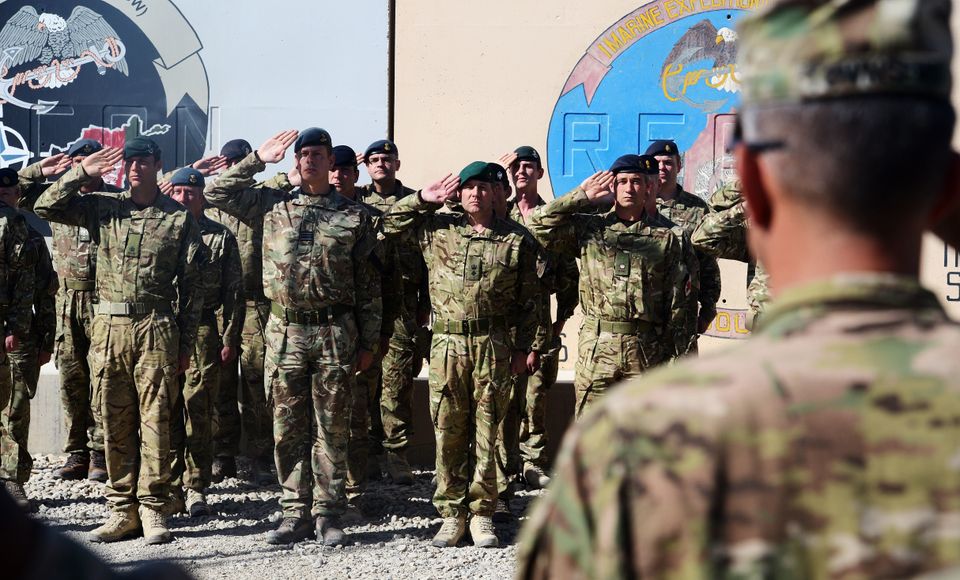