Picture yourself preparing a delicious meal for your bae. You're slicing, dicing, sautéing and even deep-frying, and you're doing all of it completely naked.

Well, according to a recent survey from meal-delivery service HelloFresh, 15 percent of U.S. adults, roughly 36 million people, admit that they've cooked in the nude. 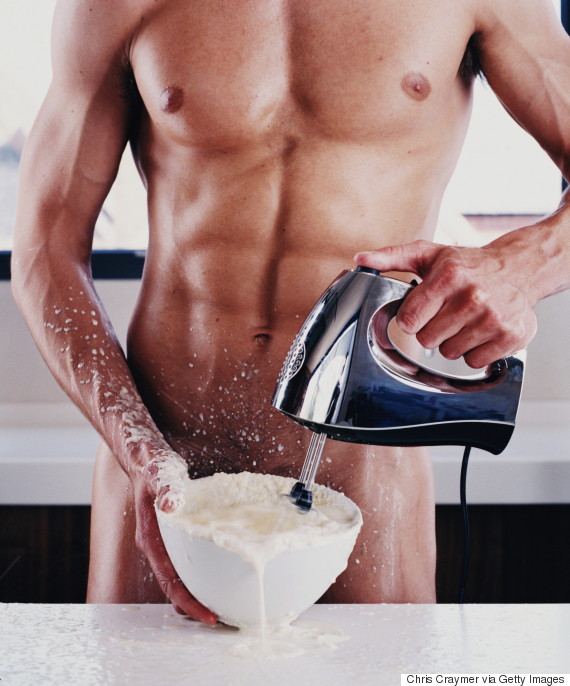 Aren't they worried about getting hurt? There are many dangerous things in the kitchen. I don't like using a mandolin to slice vegetables when I'm fully clothed, and I avoid any recipe that calls for a flambé, because I'm worried that I'll singe my eyelashes off, or worse.

One in five Americans said that someone who cooks well is just as much as a turn-on as someone who has a nice body. Could that be the reason so many people are cooking in their birthday suit?

In addition, almost one-quarter of the respondents admitted to using their cooking skills to impress and/or seduce a companion. Though, if you're dead-set on cooking without clothing, you should strongly consider raw foods. I've never heard of anyone injuring their private parts with a salad-spinner.

More interesting highlights from the survey:

"These results confirm what many adults already knew ... that cooking is sexy," said Seth Goldman, CEO of HelloFresh U.S. "And what better way to prove that than by preparing a delicious, wholesome home-cooked meal -- for or with your significant other."

But if you're both naked, how much cooking will actually get done?

The takeaway message seems to be, if you can stand the heat, get yourself into the kitchen for some nude cooking; baking, broiling, and browning are the ultimate seduction tools.

Be extra careful when you're cooking without clothing, and watch out for grease fires.