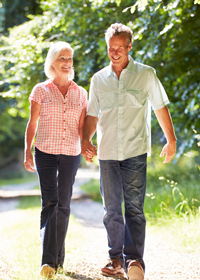 The book and this blog on the Highly Sensitive Person, is about what it means to have this important basic trait. Part of that is how it affects relationships, which I discuss in The Highly Sensitive Person in Love, a book that was motivated by my long time interest in understanding love. This post is the real story behind research I was involved in that has led to a "method of falling in love" that has gone viral in the last few days, after The New York Times published an engaging article about it by Mandy Len Catron in their Style section on Sunday, January 11, as well as Dan Jones' supplement with the questions themselves. These are still two of their very top emailed articles.

My husband (Arthur Aron, Stony Brook University research professor) and I have been studying love since the two of us fell in love, quite a few years ago. He wrote his dissertation on it, and has spent most of his life researching it. While I now spend more time studying "the highly sensitive person," this is still his first passion.

The first point we want to make is that the 36 questions were designed for another, equally interesting, purpose besides your falling in love! Do read more about their background, below. But if you stop reading soon, please know that those 36 are only suggestions. If you are going to use this approach with more than one person, or more than once with a particular partner, you may need to make up new questions so your answers don't become rote. Whatever questions you use, they should gradually escalate in personalness. If you don't want to rewrite them, you could use every third or fourth from the list of 36, one or a few from each of the three sections, but always include the ones that build the particular relationship, such as the three things you both have in common.

The basis of the 36 questions is that back-and-forth self-disclosure, that increases gradually (not too fast), is consistently linked with coming to like the other person you do this with. We just made it a systematic method that could be used in the lab. In more recent research by Harry Reis and colleagues, another factor is also proving very important -- being responsive to the other's self-disclosure! These factors are important for both starting a relationship, and even more important, for its continued quality.

The 36 questions came out of a 1997 study, which was part of the then emerging, now quite substantial scientific study of close relationships. Researchers needed a way to study closeness without it being mixed up with factors such as who chose to be with whom, or the history of the relationship. What was needed was a method to create closeness in the laboratory with strangers, so people could be randomly assigned to various conditions and other variables could be controlled. As such, the method has been used in hundreds of studies and the field has been able to learn a great deal.

For example, surveys have consistently found that people who have friends in another ethnic group are less prejudiced against that group. But does being less prejudiced make you have these friends, or does having those friends make you less prejudiced? An experiment can help answer that, using the 36-question method. In several studies, individuals have been randomly assigned to same-sex stranger pairs that are either same ethnicity or cross-ethnicity, and then do the 36 questions. Prejudice was then measured in ways the individuals did not notice, often later and in another context. The results: Those paired with a cross-ethnicity partner became much less prejudiced. So having friends from another ethnic group, however you come by them, does cause less prejudice. This approach has now been applied outside the lab, such as pairing cross-ethnic pairs of entire entering college classes during freshman orientation. It also works with pairs of police and community members in tense cities.

It's known that couples are happier who have close friendships with other couples. But again, what causes what? In a clever extension of the basic approach, Richard B. Slatcher has had pairs of married couples who don't know each other do the 36 questions as a four-person task. Not only do the two couples get closer to each other, but closeness within each couple increases, and in one recent study, passionate love increased too. So having couple friends can "cause" happiness for couples.

We had not created the 36 questions to help you fall in love. To do a good job of that we would have needed to do a study with people who, above all, came into it really wanting to fall in love, and we were not in that business! More important, we would need to follow up over time to know if the relationships lasted, an expensive process, and funding research on love is not easy.

Still, all the recent interest in the 36 questions is prompting us to consider doing some systematic studies of how they affect falling in love and including the role of responsiveness as well. It's hard for us forget that in the very first pilot study, using an earlier version of the questions, one couple did later marry. We already know another route to romantic attraction, doing something physiologically arousing together, like standing on a scary bridge. We could include that too in these studies, to see how it works when there is also self-disclosure and responsiveness.

So good luck, and do not forget that you can also use the questions to form friendships. Finally, just in case in all the hoopla this was missed, the rather high-minded goal behind all of this is for all of us to go deeper into love's underlying mechanisms, in order to advance basic knowledge about human closeness.