Talk about dedication! One seriously romantic guy named Dean Smith created a proposal video in which he popped the question to his girlfriend every day for an entire year.

It was last January when Smith said he realized he wanted to be with his girlfriend Jennifer Kessel forever. So he came up with a sweet plan to show his devotion. For 365 consecutive days, he recorded a video of himself holding up a white board with a proposal message and the date, while going about various parts of his day -- eating breakfast, working, hanging out with the dog, showering, brushing his teeth, etc.

"I knew that Jennifer was a fan of proposal videos on YouTube and would tear up at the sincerity and thoughtfulness of each proposal," Smith told The Huffington Post. "She showed several of them to me, and I decided that I wanted to make her tear up to her own proposal." 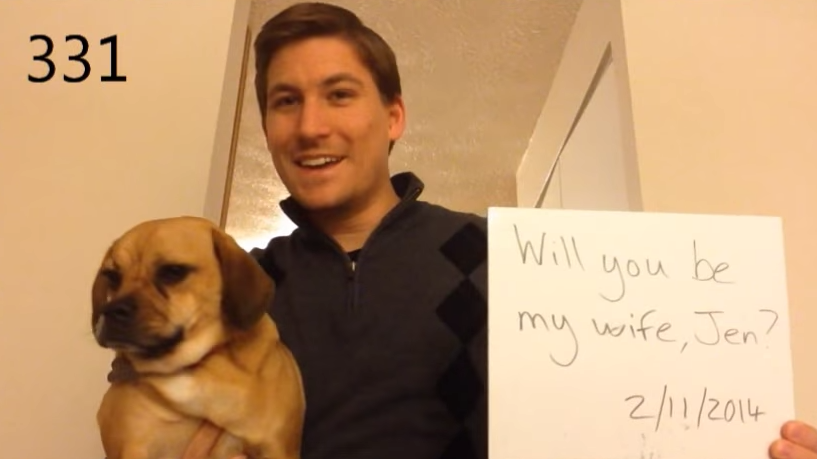 On January 8, 2015, Kessel's 26th birthday, Smith unveiled the video during a family trip to Aruba. He had her family lead her down to a special chair on the beach where she was presented with the video. After it was over, Smith appeared next to her on the beach and got down on one knee in front of a group of onlookers to make it official.

"The thoughtfulness that went into making this video is truly beyond any words that I have," Kessel told HuffPost Weddings. "When I turned around and saw Dean standing in front of me, we both broke down in tears." 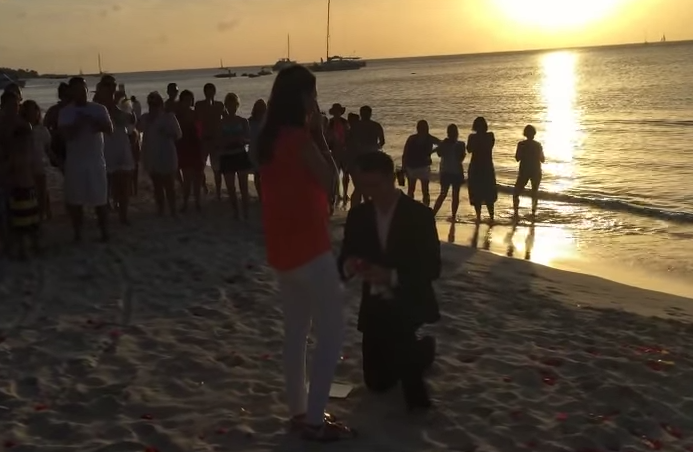 Yes, the video is long, but Smith's enthusiasm makes it worth your while.