This boyfriend has got the whole holiday gifting thing down pat.

A Dublin-based 27-year-old who goes by TheOnlyOne87 on Reddit composed 365 hand-written love notes -- yes, that's one for every single day of the year -- for his girlfriend. He color-coded them according to different categories ("moments & memories," "quotes & lyrics," and "reasons I love you") and put them all in an extra-large mason jar. 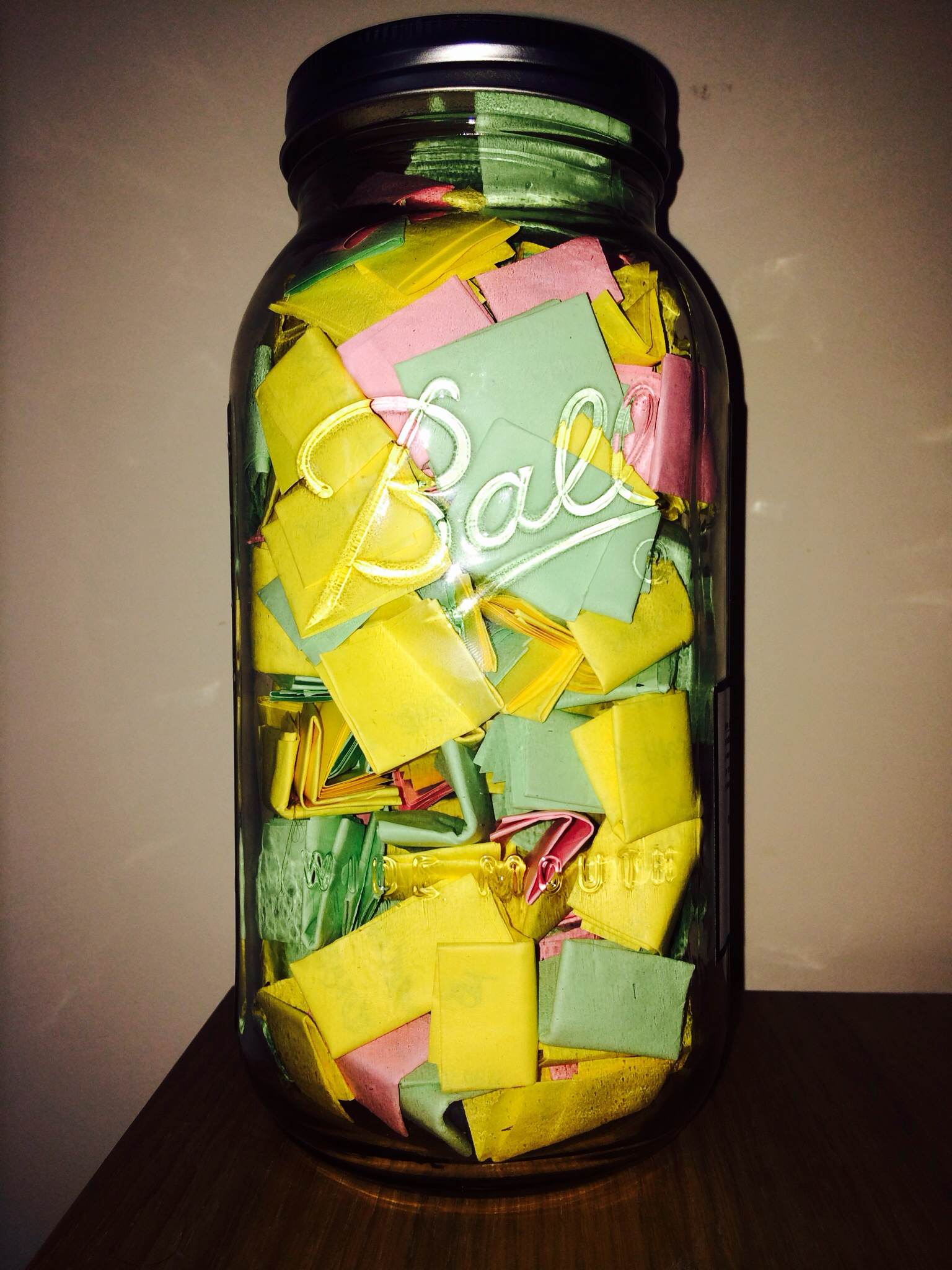 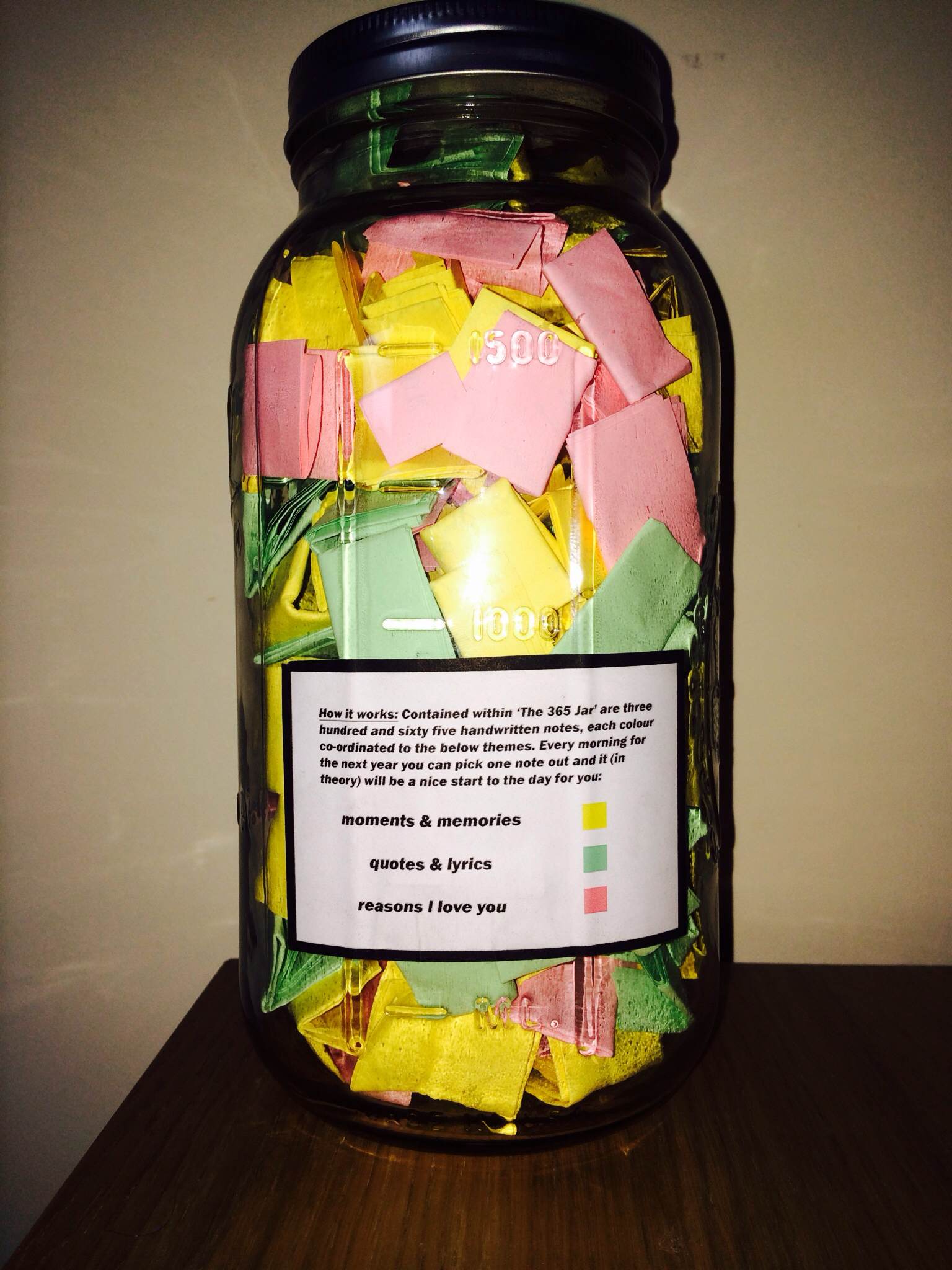 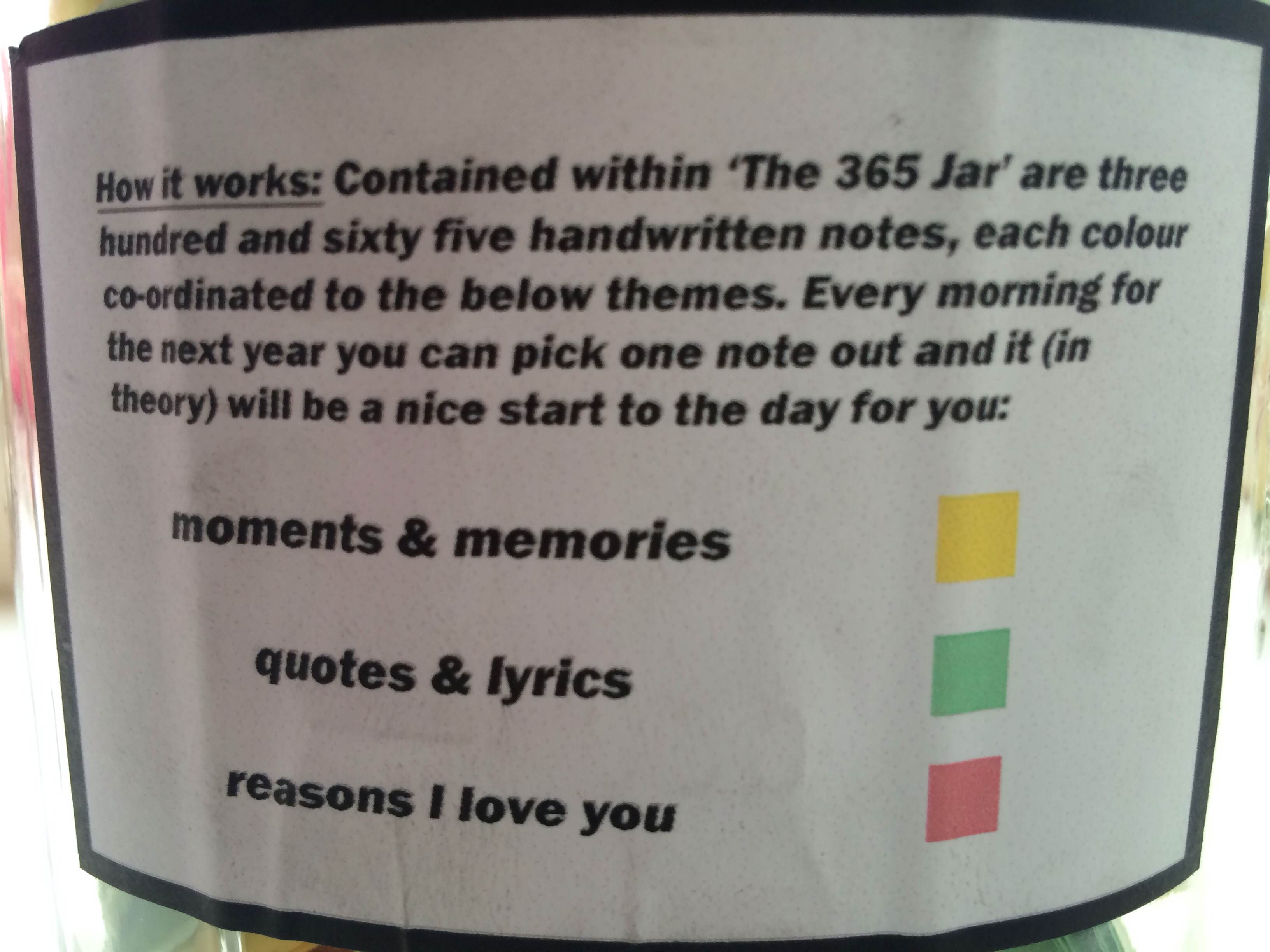 The couple has been dating for nearly a year, Redditor TheOnlyOne87 told The Huffington Post, but they've been close friends for the past eight years. He wrote on his Imgur post that he had "plenty to work with." 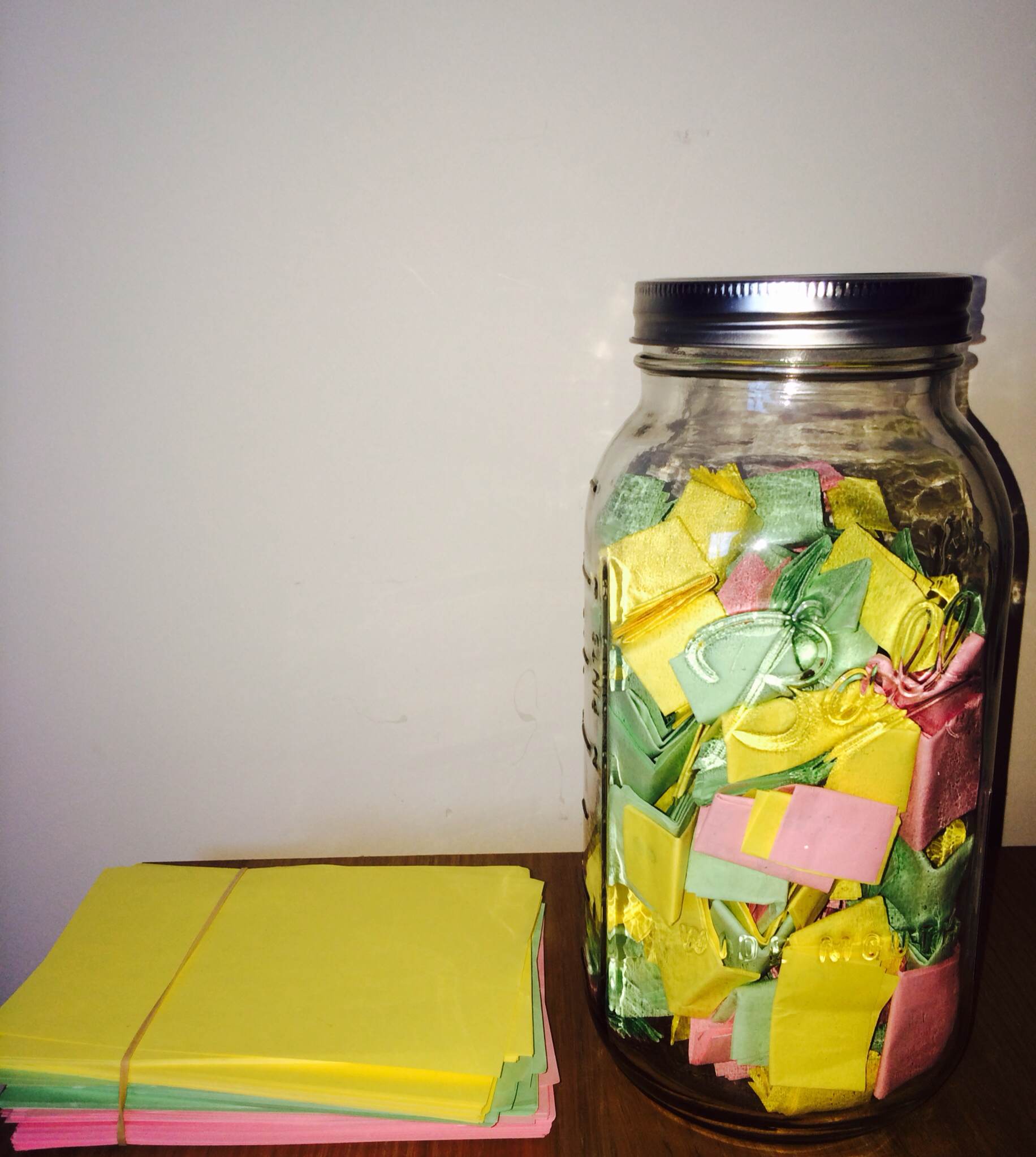 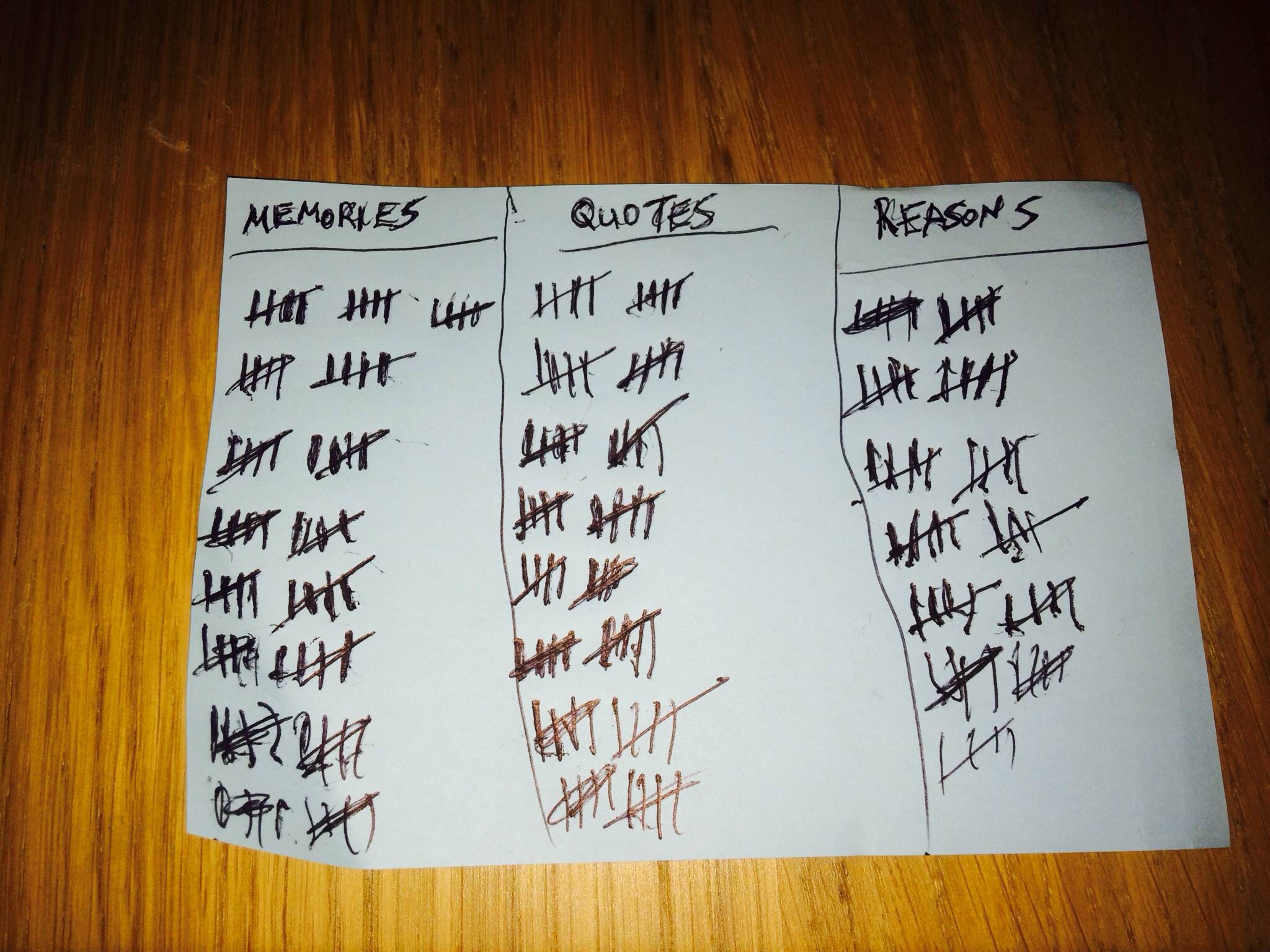 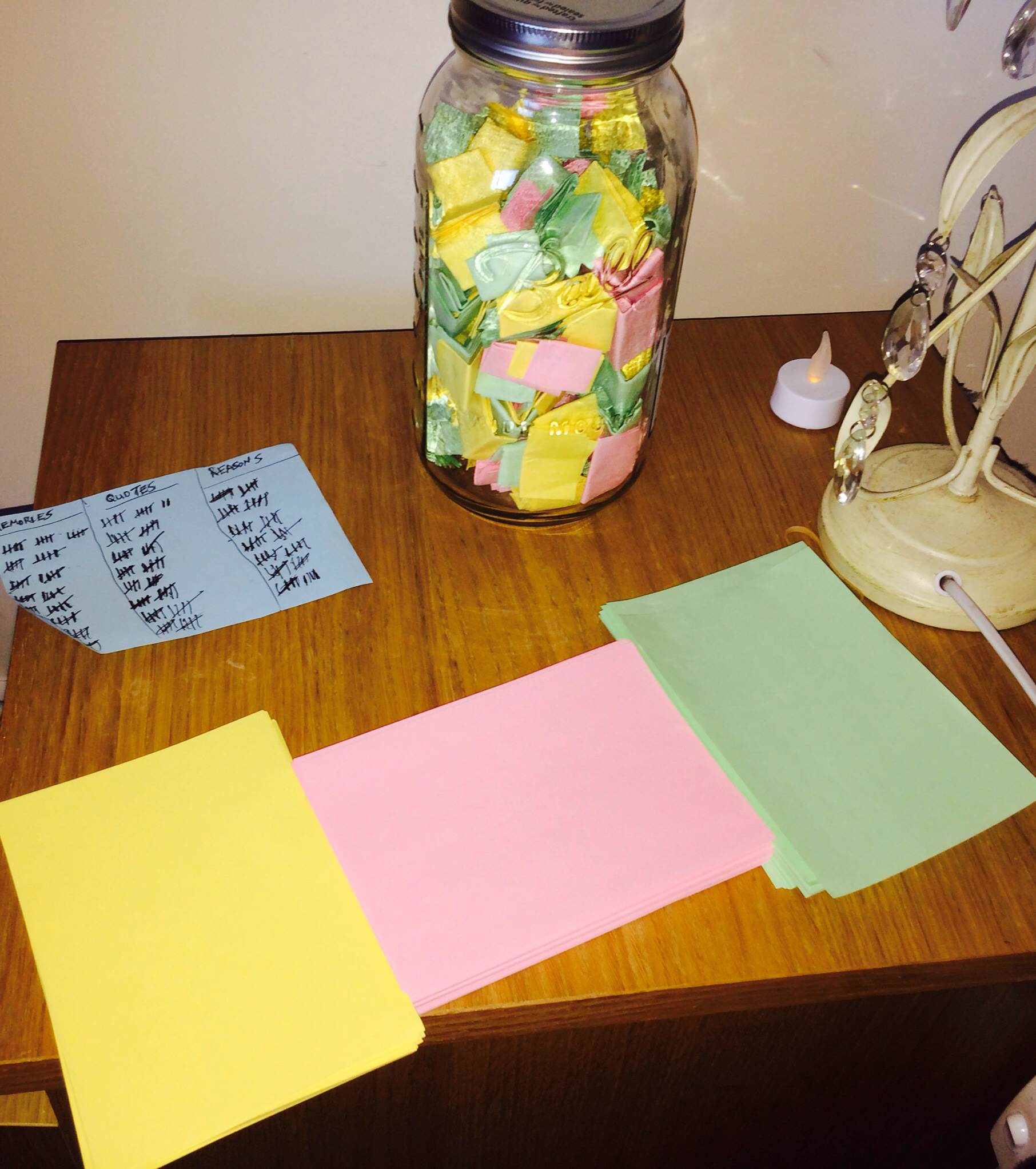 Photo credit: Redditor TheOnlyOne87
"My little work station after 230 notes written and folded. At this stage, the wrist was starting to tire from the writing - but the Jar was starting to take shape. I was especially pleased with how the colours were playing off against each other. Just 135 to go!"

Why the handmade gift? He wrote in a Reddit comment: "To be honest, I'm seriously poor this Christmas and I really felt like I wanted to come up with a thoughtful handmade gift for her so that it would be something special and original."

As for his girlfriend, he says she's "ecstatic."

"There may have been tears -- although that might have been partially to do with the amount of endless reading and unfolding she has ahead of her."