Interior design experts often instruct us to "bring the outside in" with patterns, flowers, fronds, and palate -- but the owners of this sprawling modern mansion north of Miami Beach took the issue literally.

At least four towering palm trees are planted alongside shorter palms in the light-filled, double-height stairwell at 373 Center Island Road in Golden Beach, setting a strong tropical living vibe without any of the fuss of island-style decor. A burst of green visible from the living room, the indoor garden's statement is matched in the kitchen, where a row of squat palms stands sentinel at a glass wall looking over the Intracoastal.

This indoor tree garden doesn't come cheap -- it's just the core of the home's sprawling 10,585 square feet, on the market for $10,500,000. There are also seven bedrooms, nine full bathrooms, a media room, marble floors, and a private dock out back.

County records show the property, originally built out in 1951, sold for "just" $2,000,000 in 2010, so here's guessing the current owners were in charge of the spectacular renovations. Check it out: 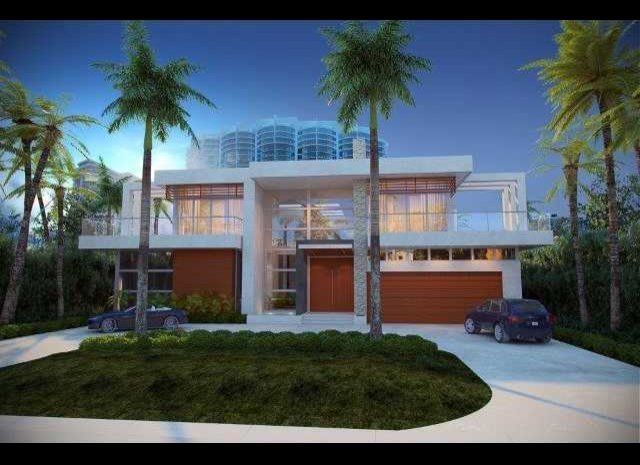