This Saturday highlights the incredible longevity of Southern Exposure, when it celebrates it's 39th birthday. This venerable arts non-profit launched in 1974 in San Francisco's Mission District with the challenging mission of supporting artists and commissioning work that celebrated pure artistic creativity and curiosity -- without regard to the often stifling expectations of commerce. 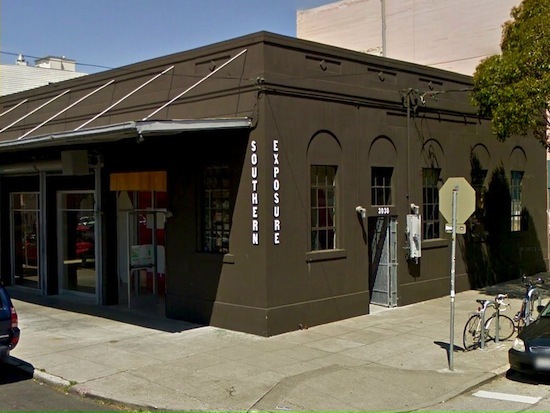 To have survived through the '70s, '80s, '90s, and especially the last decade in San Francisco's fickle art world is a most incredible accomplishment. And the reason they're still here is largely due to the efforts and ingenuity of Courtney Fink, SOEX's Executive Director for the past decade. Ten years ago, Fink remarked:

At SoEx, we have a very collective model, and as a result, we're forced to work with many people and address the community's needs. We have to stay on top of the ideal. I'm always wondering why what we do is different from what other galleries do. How can we provide something that the other spaces don't? Why do people want to come to SoEx? What is we're trying to do? It's definitely an issue. And survival--constantly having to fight your way from one phase to the next while staying ahead of the curve can be really challenging. It's easy to get caught up in raising money. In all of my years of doing this, I haven't gone one year without at least going to one conference where there's a huge conversation about "why do we still exist", or "how are we going to survive the next five years?" or "how is this economic downturn going to affect us?" "What can we do to actually come out of it and survive? 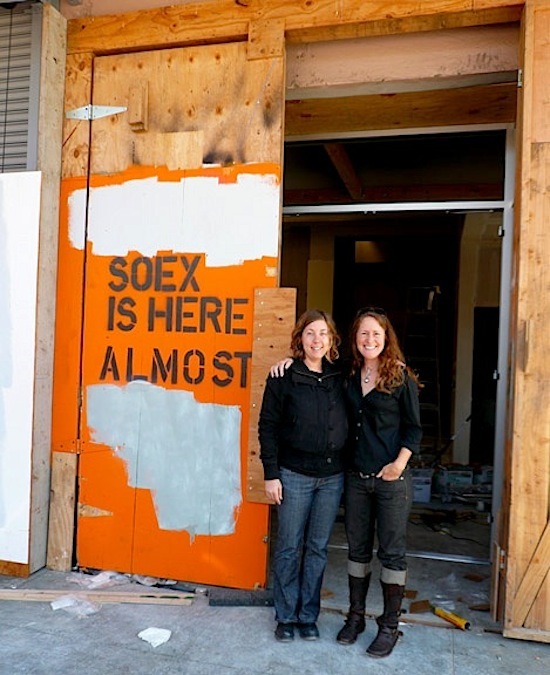 They're still here, and they're not going anywhere. And they're throwing a big birthday party this Saturday to celebrate that accomplishment. If you're in San Francisco, come and join the party - details are below:

Celebrate 39 years of Southern Exposure and the organization's unwavering commitment to visual artists with a block party on Alabama and 20th Streets. The afternoon and evening activities mark this momentous anniversary and the opening of our new exhibition and performance series The Long Conversation with related live works. Its Artists in Education Program's Youth Advisory Board present a new project, and five Alternative Exposure grantees represent their ongoing programs. Enjoy snacks from local food trucks, delicious libations and the unveiling of "39 Reasons to Love Southern Exposure."

Also: OPENING OF THE LONG CONVERSATION

And while you're in the neighborhood, walk a block and a half east to catch the exhibition at Guerrero Gallery at 2700 19th Street, featuring the work of Ben Venom and Lucien Shapiro. 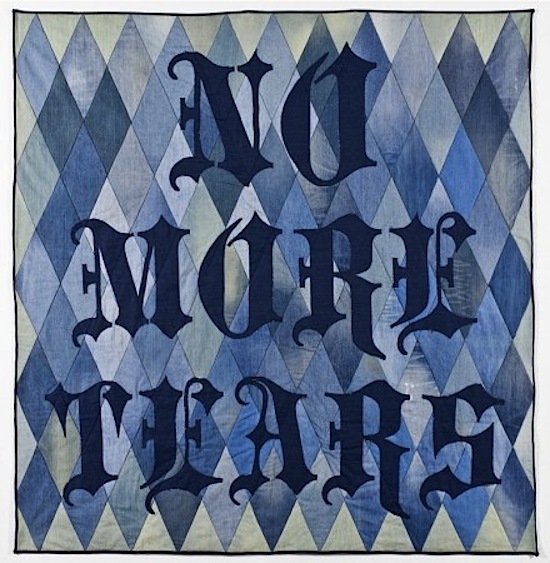 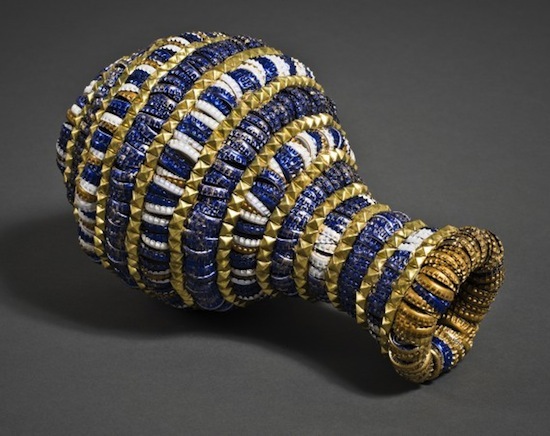 Lucien Shapiro, "Spilling Ourselves Vessel," Courtesy of Guerrero Gallery and the artist

Sadly, this will be Guerrero's last exhibition at their gorgeous gallery space because they've been forced to find another locale, but we know they'll survive, as well. Watch this column for further updates.