Leon Keer is a master of perspective, and as a street artist, he knows how to pick subjects that grab people's attention.

Known for his astounding 3D renderings, which are more often than not public, the Dutch artist's latest work is breathing new life into Pac-Man, the beloved '80s arcade franchise.

Keer wowed passersby when he painted a scene from the game onto a sidewalk in Venlo, Netherlands on June 17.

“The 3D Pac-Man piece I made is to bring alive memories from the past,” Keer told Mashable. “A recognizable theme always attracts the eye of the beholder.”

Pac-Man has seen a few reboots over the years, including different 3D versions of the game. But Keer's vision is both an homage to a pop-culture touchstone and a playful act of surrealist mischief.

Although they work in different media, several Dutch artists of the current generation have been gravitating towards pop-surrealism. Recently, HuffPost covered the euphemized-gore portraits of Ashkan Honarvar, and the controversial flying sculpture of Bart Jansen. 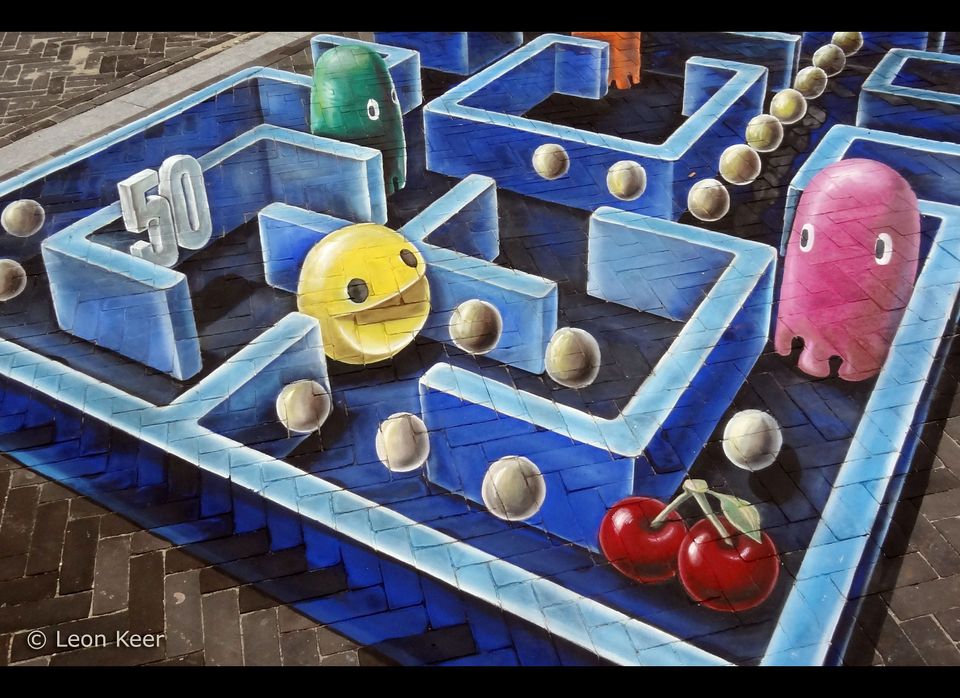