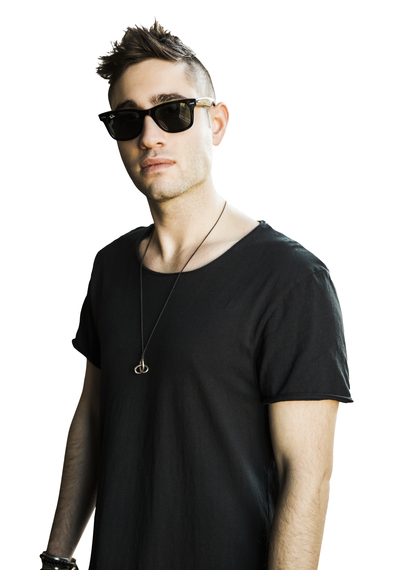 3LAU owned the Riverside stage at the Electric Zoo on September 3rd. Thousands of people were cheering 3LAU on after an incredible set which included a remix of Alice DeeJay's mega dance anthem "Better Off Alone" and the beloved Pokémon theme song. At the end of his performance, 3LAU pulled up his brother, father and mother to the stage to celebrate how far he has come. How could anybody not cheer the DJ and producer on? At 25 years old, 3LAU, whose real name is Justin David Blau, has achieved critical success in the electronic world. Life was very different for the young entrepreneur in Las Vegas where he spent his childhood years growing up.

When asked if he had any crazy Vegas stories, 3LAU laughed, "I kind of like telling people I don't. Ironically enough I was a total nerd in high school. I didn't do anything but play video games and hack." He quickly followed up by listing out the types of games he enjoyed. "I wasn't really a big World of Warcraft guy. I played a lot of the RPG stuff. It's no surprise that I play Saria's Song from the Legend of Zelda: Ocarina of Time in my set pretty often. When the PSP came out I played a lot of that because I was always moving around. I played Untold Legends, I loved that game. It was one of my favorites. Then I played a lot of the single player RPG games like Tales of Symphonia. There's so many," he said. Not only is 3LAU an expert in video game knowledge, but he is amazing with numbers as well.

"Not to toot my own horn but I was really good at finance," he said. 3LAU continued, "A lot of time the creative side and the mathematical side are often opposite for people. For me, I was probably a better mathematician than I was a musician. I find that I often use a lot of the same parts of my brain when I'm being creative. I loved music more than I loved finance even though I was really good at it. I wasn't as good at music. It was a risk because not only did I have to pick one side of my brain to follow, I also had to work at it because I knew I wasn't as good at it as some other people. It was motivating and a really interesting point in my life because I just wanted to do what I loved even though I wasn't necessarily the best at it." 3LAU's persistence and hard work paid off in spades as he is now on top of the food chain. Not bad for a kid who loved playing his video games. 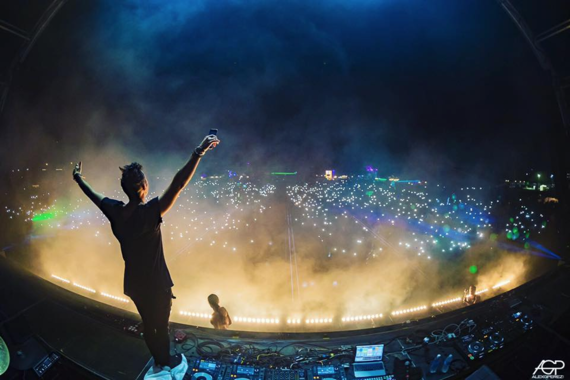 It was a viral video of an A-list Hollywood actor that helped put 3LAU on the right track. He told me, "I watched this Will Smith video that I encourage everybody to watch. It's on YouTube just search 'Will Smith - One Brick at a Time.' It's a great video about how Will Smith says he was never the best actor or how he was never the most talented but he worked harder than everyone else and that's why he succeeded. And that was my inspiration for giving music my all. I'm really glad that I did." By becoming a success story, 3LAU is using his fame to help as many people as he possibly can. He has partnered with Pencils of Promise, an organization that trains teachers and helps build schools all over the world. 3LAU said, "I started working with Pencils of Promise about three years ago because a friend of a friend worked at the company. I've been involved in philanthropy work my whole life. I started a microfinance institution when I was in high school and that's what got me a lot of really fantastic awards when I went to college. When I got to college I was working so hard on finance that I forgot to give back. For four years I didn't do anything. When I started doing music I realized I had an audience that I could use to give back to the community." 3LAU's rabid fanbase has been more than happy to join the cause and help the DJ with his charitable undertaking.

It was clear when 3LAU spoke that he felt very passionate about doing his part to help make the world a better place for everyone. He told me, "I partnered with Pencils of Promise because education always had a soft spot in my heart. I think public access to education is the root cause to a lot of other issues. Whether it is poverty, hunger, war or corruption. More educated communities in general are less likely to encounter those issues in the developing world. That was the inspiration for working with Pencils of Promise. They were super transparent and very simple. $25,000 to build a school. Boom. Done. No hidden costs. So we raised $25,000 three years ago to build a school in Guatemala and I went and I visited. It changed my life." After the life changing experience, 3LAU went on to have another realization. "Ever since then I wanted to do something bigger and I didn't figure it out for a long time until I finally realized it should manifest itself into the form of a label and that's why I started BLUME." BLUME is the first ever not-for-profit dance music label. He launched BLUME with his current single, "Is It Love?" Creating the label was an additional philanthropic venture for 3LAU who showed no signs of slowing down anytime soon.

"BLUME was something I wanted to do because I felt the music business was really corrupt. There's a lot of political things going on. I wanted to do something that was more for me and the fans at the same time", he told me. 3LAU then explained the power of BLUME. He said, "BLUME creates a symbiotic relationship between music and the listeners. In a sense that if you like it, you listen to it and you share it you are actually giving back to charity. Every million streams on Spotify raises $5,000 for charity." BLUME has managed to change the face of the music industry since its inception. 3LAU said, "The first BLUME release came out in April. I believe we've raised about $80,000 so far. Our goal is $200,000 by the end of 2016. That will build eight schools. I'm also going to bring some fans to visit the schools. All you have to do is share a song and you're actually donating. A very small amount, but when you do it multiple times and you scale it to millions of people the potential for BLUME is crazy and it's something I'm going to be working on very heavily when I'm not touring as much."

3LAU is currently on tour until the end of the year and has added new shows to his lineup. He will be stopping in LA on November 12th and NYC on November 25th. If you are interested in seeing 3LAU live, you can check out his schedule and purchase tickets here. You can also follow 3LAU on Twitter, Instagram, Facebook and Spotify.